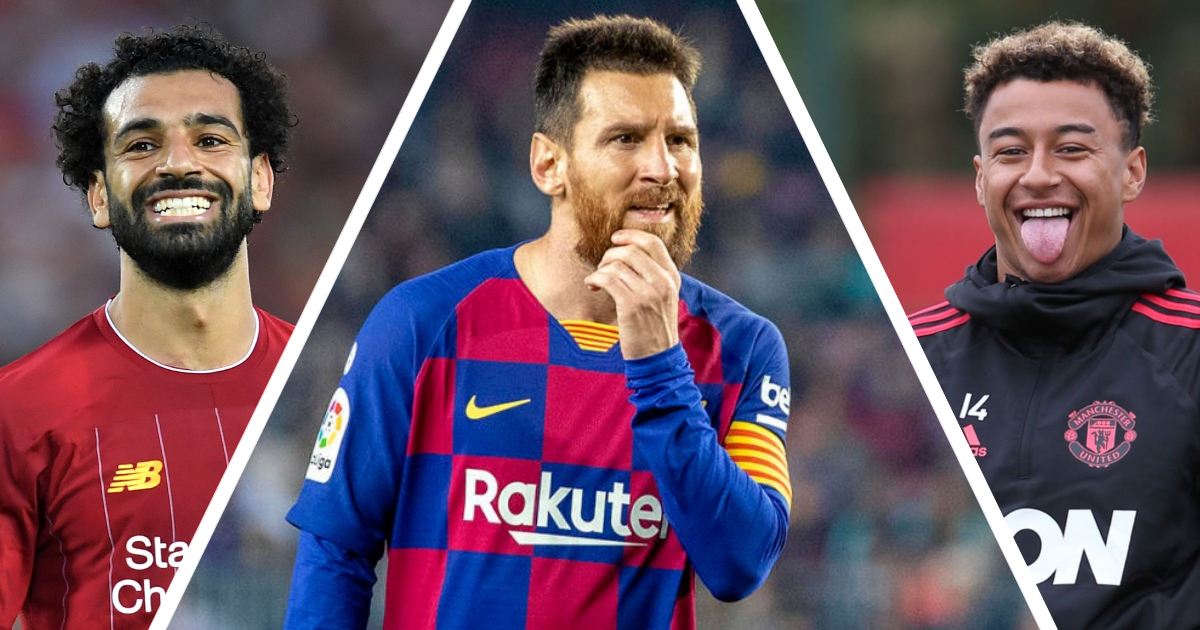 Tribuna.com takes a look at the crazy rumours linking Barca's talisman with some of the top names in the game.

Messi is clearly an influential figure at Barcelona. Using that fact, the media's conveyor belt for transfer gossip has been working non-stop.

Below, we take a look at 12 prominent players who have been at the receiving end of those stories.

Back at the start of this season, Don Balon reported that Messi was unhappy with the current right-backs Barcelona have. They said that the Barcelona captain wasn't pleased with the performances of Nelson Semedo and Sergio Roberto.

Furthermore, he wanted the club to sign either Joshua Kimmich from Bayern Munich or Trent Alexander-Arnold from Liverpool.

While it was graspable that Barcelona did need additions in the right-back position, it is hard to believe that Messi would be handing out names to the club. Moreover, both Alexander-Arnold and Kimmich have long-term contracts with their respective clubs with no intentions of leaving.

In the summer of 2018, Spanish website El Gol Digital claimed that Lionel Messi was a fan of Anthony Martial and would ideally want Barcelona to make a move for the Frenchman.

While it was true at the time that Barca were looking for a striker to support Luis Suarez, it is beyond belief that Messi would have shared such views about Martial to the board.

Martial is a fantastic player, but frankly, not the one whose name would be on Messi's lips.

In another ambitiously unreliable story early this season from Don Balon, Lionel Messi wanted Barcelona to keep an eye on Juventus centre-back Matthijs De Ligt as a replacement for Gerard Pique.

It was mentioned that the club captain is fearful of Real Madrid snapping up the Dutch international centre-back.

De Ligt has been one of the emerging players in the last 18 months. He joined Juve last summer and wouldn't ideally be looking for a move straight away.

So, it doesn't make sense that Messi would urge Barcelona to sign him in order to replace the club legend in Pique.

According to Don Balon in 2018, Messi wanted Barcelona to strengthen their forward line by signing Sadio Mane. The Senegal international has been Liverpool's top signing since arriving from Southampton, and recently won the African Player of the Year Award.

Allegedly, Messi wasn't happy with the misfiring Philippe Coutinho and wanted his club to sign Liverpool's attacker to enhance the quality of their front line.

While it is easy to understand why Messi would be an admirer of Mane, it is hard to believe that he would be ordering Barcelona to sign the former Southampton man.

Back in the summer of 2018, the Spanish website El Gol Digital published a crazy rumour that Messi is a fan of Jesse Lingard and wanted Barca to sign United's midfielder.

Lingard had a decent 2018 World Cup and made good strides as a player during the 2017/18 season for United. However, with all due respect to him, it is clear that he is not a player of Barcelona's level.

Furthermore, it is hard to imagine that Messi would be literally a fan of him. A strange one indeed!

Signing Saul Niguez instead of Griezmann

Back in early 2018, as per another report in Don Balon, Lionel Messi wanted Barcelona to sign Atletico Madrid midfielder Saul Niguez instead of spending money on signing forward Antoine Griezmann.

Messi's apparent b`elief that Barcelona's front-line was good enough. He wanted to add an extra midfielder to the squad ahead of the 2018/19 season. For that reason, the club captain asked the club to sign Saul.

No doubt the Atleti midfielder is a talented player, but it is strange to think that Messi would be wanting him to be signed by Barcelona.

Few days back, as per Don Balon, Neymar told the Barca board that if they decide to sign him, then they would have to sign his Brazilian compatriot Thiago Silva from PSG, too.

However, Messi reportedly vetoed the possibility of landing the experienced centre-back.

It sounds crazy that Neymar would be contacting the Barcelona for such a transfer and then Messi vetoing it. Don Balon has the tendency to produce crazy rumours, and this one is right up there.

The England international has done well since arriving in Germany from Manchester City, and has deserved the plaudits from everyone around Europe.

Messi reportedly wanted the club to sign the young winger despite the Covid-19 situation affecting proceedings to a large extent.

If this rumour has any truth, Sancho must be feeling honoured to get a nod from the greatest player of this generation. However, it seems highly unlikely that this would happen, especially during this lockdown period.

Last summer, Stretty News came up with a story that Messi wanted Barcelona to make a move for Marcus Rashford. The superstar wanted a striking partner for amid Luis Suarez's injury and consistency issues.

Rashford is one of the top players for Manchester United. But, in terms of his performance delivery, he still can get better before getting linked to some of the top clubs in Europe.

So, it seemed way over the top that Messi would urge Barcelona to sign him last summer, especially knowing that they had captured the services of Griezmann by then.

According to the Daily Mail, Lionel Messi asked Barcelona to sign Paul Pogba just after the World Cup in 2018.

At that time, Pogba was one of the top players in the game after his key part in France's successful World Cup campaign in Russia. He also had a rough relationship with then United manager Jose Mourinho to further spice up the story of him potentially leaving Old Trafford.

The Frenchman was linked with Real Madrid and a move back to Juventus at the time. It seems ambitious that Messi would be pushing Barcelona to make a move for the midfielder.

In the summer of 2018 just after the World Cup, the Express reported that Lionel Messi would like to see Mohamed Salah replace Ousmane Dembele because Leo wanted more quality in the attack.

Salah had an exceptional 2017/18 season for Liverpool where he scored 44 goals in all competitions.

It was understandable why Messi would be an admirer of him. However, to think that the six-time Ballon d'Or winner must have urged Barcelona to sign the Egyptian seems a bit overboard.

If all this is true I am 💯 sure one day he will be just as good a. manager cause he knows a player.I just wish the board would listen.