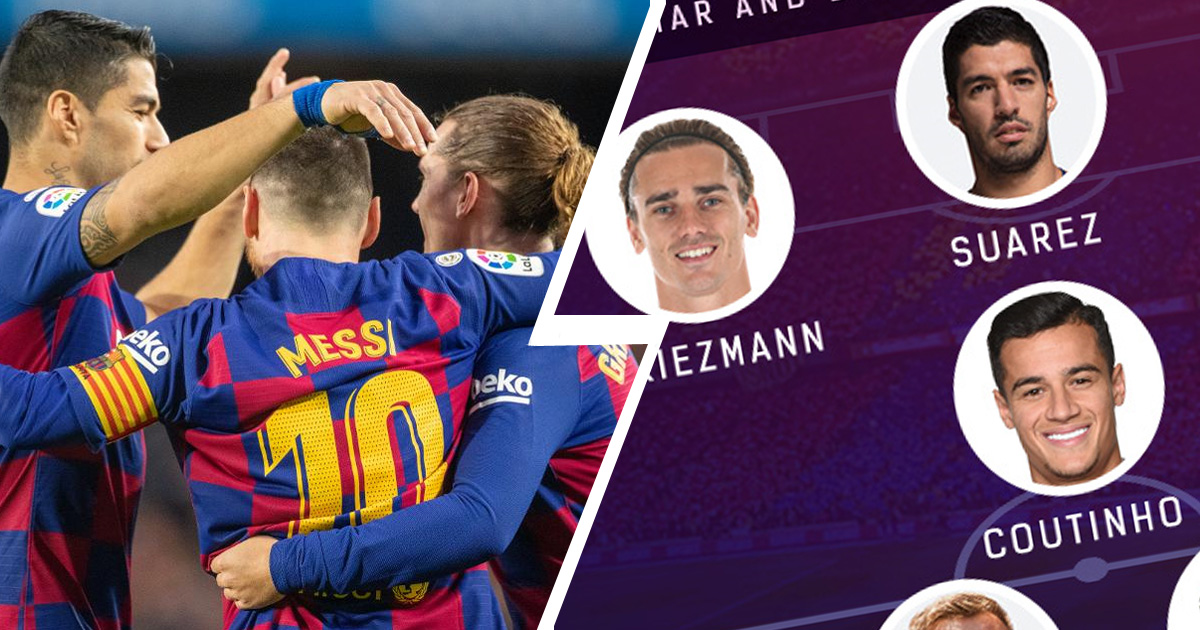 The Blaugrana could still field in some decent lineups next season even if their top targets fail to come.

Imagine what Barcelona's attack would look like with Neymar and Lautaro Martinez combining efforts with Lionel Messi and his partners in crime!

We could be in to witness another attacking setup that will run Europe ragged, probably more than the MSN trio.

Well, that's fantasy land... In reality, it would be a really difficult task to assemble such a setup given the current scenario.

Paris Saint-Germain value Neymar €150m while Inter are holding out for Lautaro's €111m release clause. There's no way Barca can produce those figures this summer as the coronavirus crisis has had massive effects on their finance

Hence, they could be forced to make use of the players they already have in their squad. That shouldn't be a headache; Quique Setien has enough resources to assemble one of the best attacking lineups in Europe. Below are three ways by which the Spaniard can set up his squad efficiently.

The ever-consistent Lionel Messi remains the focal point of the Blaugrana team. At 32, the Argentine isn't showing any signs of slowing down yet. He's bagged 24 goals and 16 assists this season and he'll be more than ready to lead the charge from the right flank once again next term.

Luis Suarez has returned from injury and would soon take to the pitch. Except for a few inconsistent displays once in a blue moon, the Uruguayan still has what it takes to unsettle even the tightest defences on the continent. His predatory finishing would be a great asset.

Antoine Griezmann should also be up to the task. The Frenchman is gradually coming to life after arriving this season. He's bagged 14 goals and four assists so far to go with some decisive performances. He would work wonders from the left-wing.

The Brazilian's loan deal with Bayern expires at the end of this campaign and he's expected to return to Camp Nou. If he stays beyond the summer, he could be a vital asset for the club.

Playing in his favoured attacking midfield role, Coutinho could be the game-changer for Setien; unlocking opposition defences with his inch-perfect passes and punishing goalkeepers with his distant curlers.

Injuries have ravaged his Barca career but Dembele could finally fulfil his potential in Catalonia next season if luck smiles at him and he stays fit. Barca's attack currently lacks pace; Dembele would keep opposition defences on guard for 90 minutes with his incredible acceleration.

His dribbling and trickery will also create space for the likes of Suarez, Griezmann and Messi to capitalize on and punish goalkeepers.

There you have it, Cules! Which of the lineups do you think is the best? Let's know in the comments section or use our newly-launched blogging platform!

Neymar could stay at Paris Saint-Germain due to financial impact of coronavirus, claims agent
39
8
12 days ago
'It's logical Leo Messi and Lautaro want to play together but it's not easy': Lionel Scaloni speculates on potential transfer
38
1
12 days ago

option 2 will be great