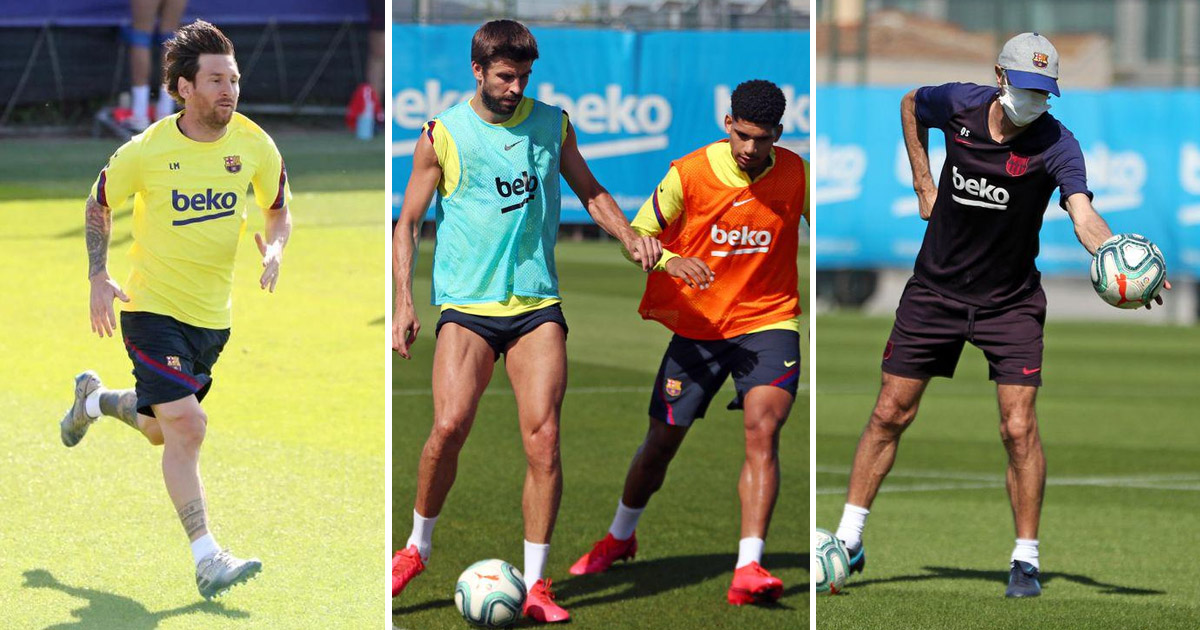 The Catalans are focusing more on training with the ball.

It's been three weeks since Barcelona returned to training. At first, the players were focused on getting back into shape so the squad did a lot of physical work. Now, the players train in groups of 10 and are focused on training with the ball.

Being a Frenchman, no surprise Antoine Griezmann loves fountains.

Ansu Fati is getting there in terms of physique.

The defenders working on their passing as well. Arthur closely following if they're doing it right.

Leo Messi when the referee awards a free-kick just outside the opponent's penalty box.

A boy among men.

Jordi Alba pretending he is taller than 1.70 m.

Present vs future 2.0 with Pique and Ronald Araujo.

Frenkie de Jong on training resume: 'I missed everything. It's nice to be on the grass again'
51
5
10 days ago
'We have to arrive for training already in our kit': Sergi Roberto explains safety measures Barca put in place
25
2
15 days ago

when is Dembele coming back to training pls

HAASTRUP ADEYEMI, he has only returned to gym practice. It's unlikely that he will be ready earlier than July