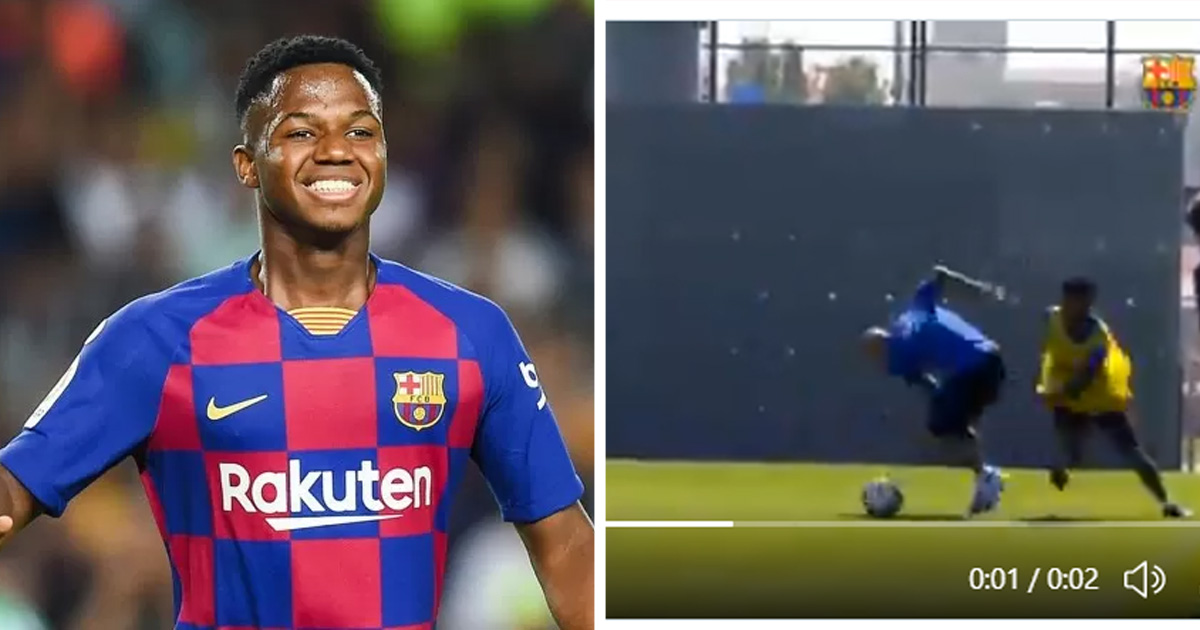 The attacker took to training to remind us of his incredible talent once again, showing some superb skills during exercise with Barca's first team.

First, he displaced Arturo Vidal off with fantastic footwork that sent the Chilean running past the ball.

The young winger also pulled an equally brilliant act against Ivan Rakitic, controlling a throw from Nelson Semedo and kicking the ball over the head of the Croatian midfielder.

Fati will be looking to earn more involvement at Barca next season following his rapid rise this term.

The attacker has bagged six goals for the Blaugrana since he made his debut appearance with the senior team this year.

The video looks old I guess because I saw Alena

Yes it is, I even saw dembele and Todibo

Not everything is old, actually. The part with Vidal and Rakitic is new.

zamaranojr
7 days ago
•••
Reply to a comment by Ahiga Montero

The kid is the coming Messi