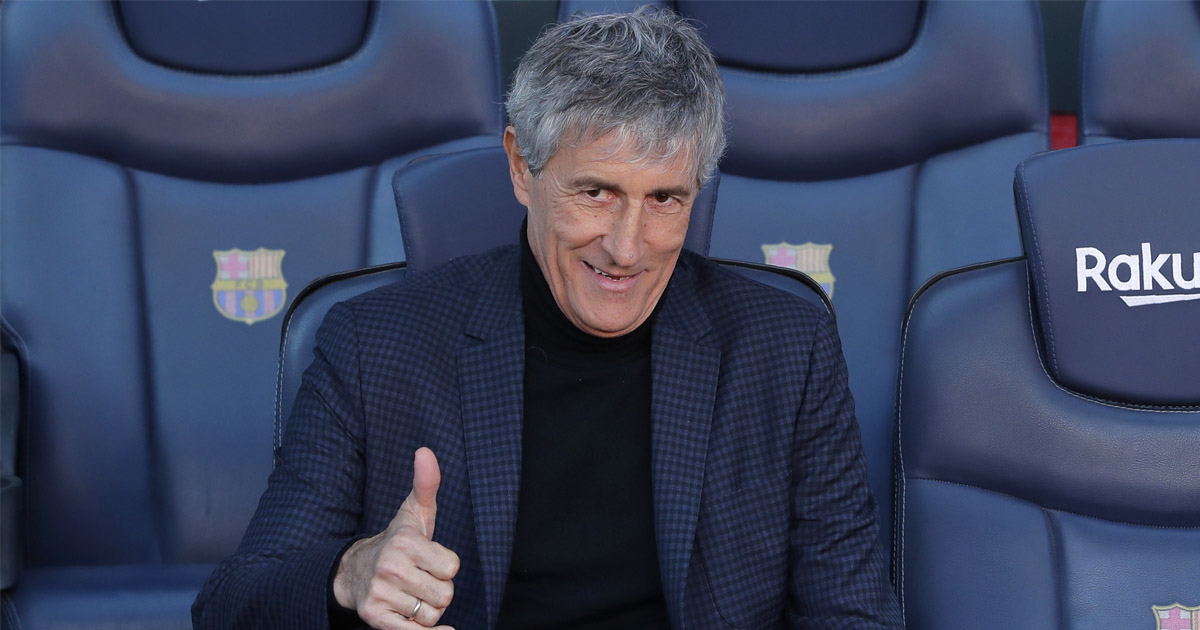 In his interview with beIN Sports, Quique Setien has lifted the lid on what's going at Ciutat Deportiva, the club's training ground, now that the players have returned to training.

"The first training sessions have been very stimulating, we are very happy with how the players have returned. And we are happy with the enthusiasm they are putting into work."

The 61-year-old has also commented on his spell at Camp Nou so far.

"My first months coaching Barca have been positive. It's fulfilling a dream. I have always been a follower of this team and its way of playing. It has been an exciting two months. I am very happy to be here and delighted with how things have gone on the pitch."

Barcelona have returned to training on May 8 after all of the players tested negative for COVID-19. Currently, the club is allowed to train in groups of 10 players.

It is expected that La Liga will resume on June 12 as La Liga president has claimed. There are 11 matches left for Barcelona to play with five of them set to be played at Camp Nou. The Catalans' first game is going to be an away trip to Mallorca.

Setien: 'I would like to coach Neymar someday'
47
8
8 days ago
Quique Setien reportedly set to focus on his tactics now that group training is back
40
2
8 days ago

Great to have you back! Can’t wait to see you in action!🔵🔴

I am happy to see my guys back on the pitch. All the way Barca!

Love you guys!! Hope you guys were able to maintain the weight and keep In shape. Can't wait to defeat #Mallorca