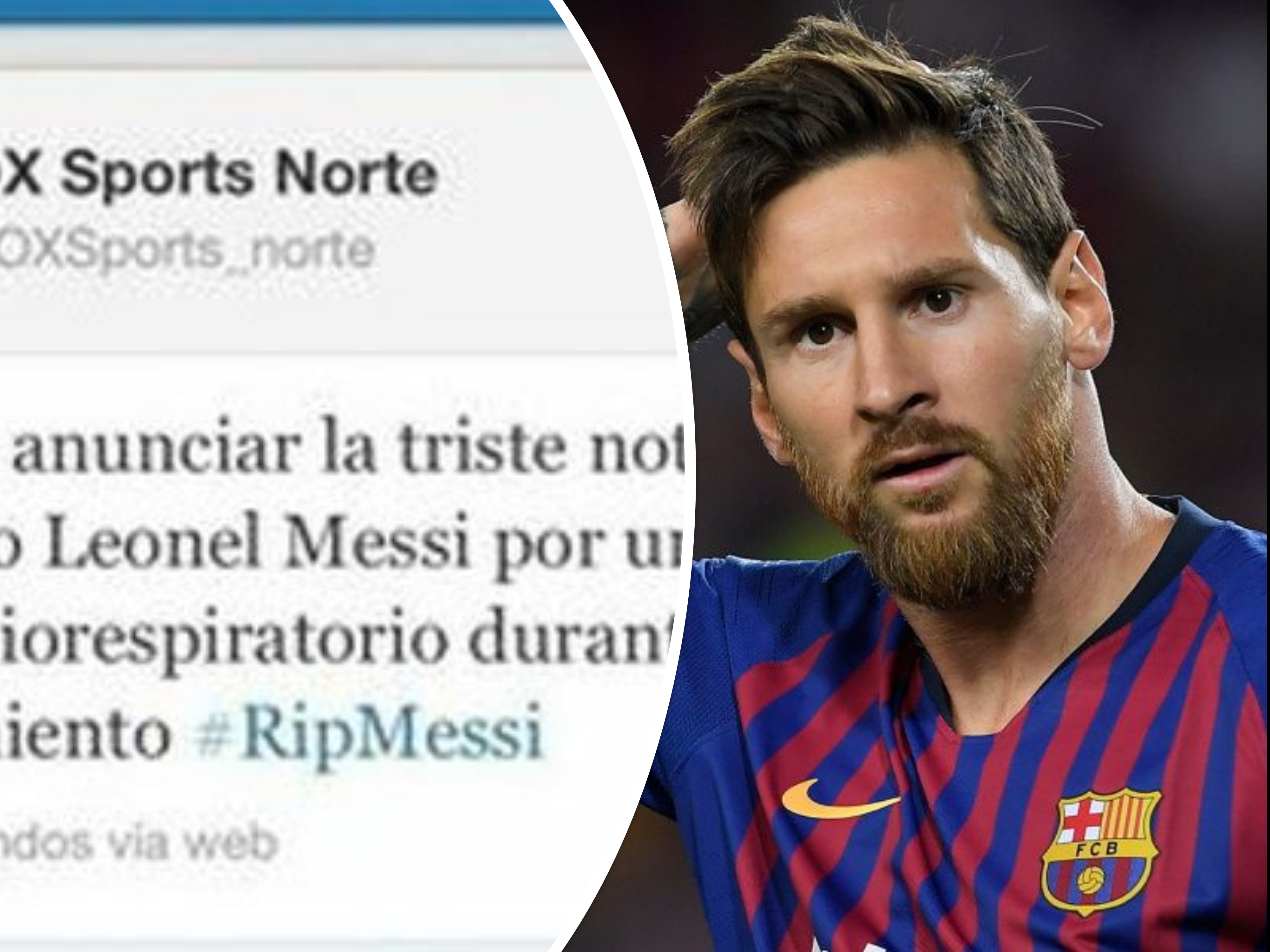 "We announce the sad news that Lionel Messi died of cardiopulmonary arrest during training," read the message when translated from Spanish to English.

The fake tweet was deleted in no time but the shockwaves had already been sent.

“We regret the earlier tweet and offer our apologies to those that were offended,” a Fox Sports statement said. “Clearly we were hacked.”

One of the most notorious cyber-attacks in sports media came a few hours after Messi proved to be very much alive, scoring his 73rd goal of the season in Barca's 3-0 win over Athletic Bilbao in the Spanish Cup final.

Iconic Paraguay goalkeeper Chilavert: 'Messi is the best player in the history of football'
56
8
9 days ago

God for bid messi will not die

They that wish him death will all die before him