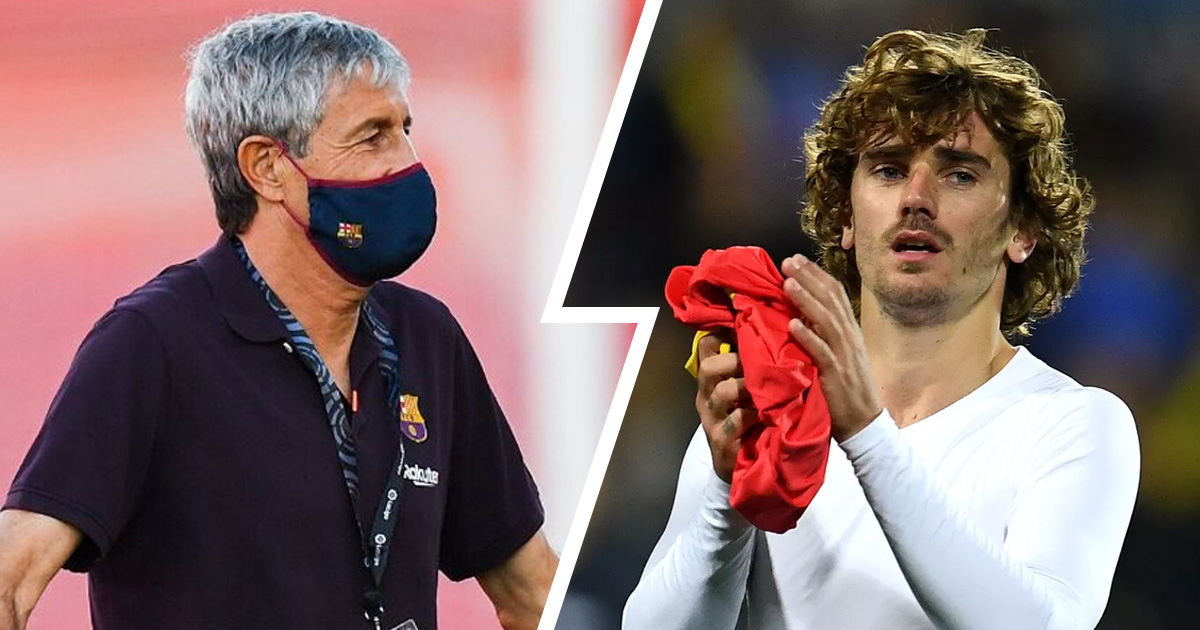 Barcelona attacker Antoine Griezmann was heavily scrutinized following some uninspiring displays in recent weeks but Quique Setien has leapt to the defence of the attacker.

The manager remarked following the goalless draw against Sevilla as quoted by Marca: "He [Griezmann] is a footballer who moves a lot but it is not easy to filter the ball when you have 10 players so close, covering spaces for the pass.

"Everything is also a consequence of having spent three months without playing, this affects the rhythm.

"When it's your turn to play against a disciplined opponent, like Sevilla, and it's difficult to find the spaces.

"It is almost impossible to surprise these opponents. For some players, these situations are very frustrating. Perhaps we lack a point of effectiveness and coordination."

from defense to midfield to attack, this team is very poor and lazy.The team is too slow and sluggish, real madrid has a sharper and very mobile team than barca.Barca should forget about champions league with this set of players for a long time to come because I don't see them being competitive enough, even this team cannot survive in the premier league and that's the fact because they cannot even make top ten there.sell all this lazy players and build a new team around messi and martinez.

U r the biggest reason for his failure. Don’t try to make an excuse of lockdown 😒🖕🏻