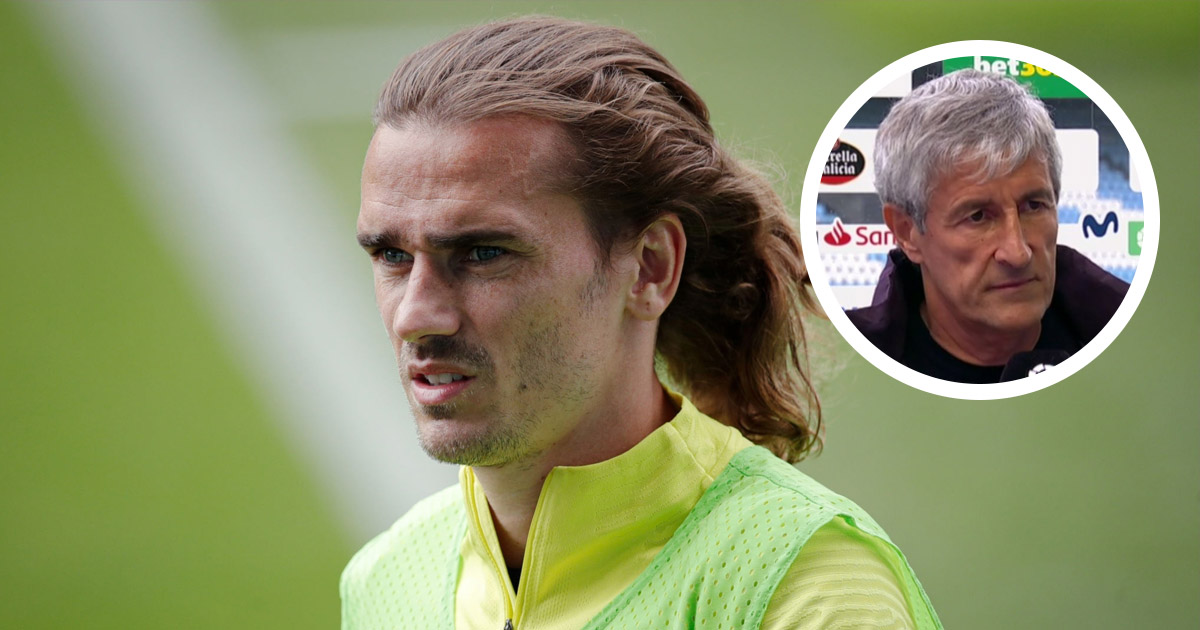 Setien: 'Griezmann benched? I don't care if signings are expensive or cheap'

Barcelona drew against Celta Vigo 2-2. Quique Setien was asked after the game why Antoine Griezmann didn't start against the Celts.

"Griezmann benched? I don't care if signings are expensive or cheap," the boss told Movistar.

"Last week we opted for one line-up, this one we opted for another one. Last week you asked me why I didn't play Ansu Fati or Riqui Puig. These are the decisions I make."

Griezmann entered the pitch only in the 81st minute as he replaced the Uruguayan. The 29-year-old got to make four touches and completed two our of four passes In his 14 minutes he spent the pitch vs Celta.

VAR back in business: Why Celta's second goal shouldn't have stood
40
34
8 days ago
Setien names one main reason for Barca struggles against Celta
27
66
8 days ago

Well that says it all, barca's squad of pensioners. Average players and too slow, need to sell some of these including dembele who's always injured.

gettoyouthshutsle Hustle
8 days ago
•••
Reply to a comment by ShiracFlanxy

Dis is no excuse. It’s same set of players Valverde used and was topping d log. He qualified comfortably from d group of death in d UCL. Setien isn’t a good coach. Thanks to d stupid act by Eric Abidal in January. U guys should just enjoy ur coach. U all clamored for d sack of Valverde. Now, some are saying d players are old. So, were they younger under Valverde?

Ali Bakhtiari
8 days ago
•••
Reply to a comment by ShiracFlanxy

Barca is playing only with names and not footballers anymore. And to have the name, you must be older to established one! I said this before, to be successful like Gardiola, you must have the BALLS to create names from young players and not like the current Barca board that have their heads up their ... and keep buying the wrong and old players!

Griezmann jumped from the wall when ball was played 🖕🏾

Why pay millions of pounds and possibly sell him at the end of the season. Players are humans and it takes time to adjust. Look at dembele and coutinho two completely different players, one who's a waste of money and coutinho should still be at barca! I don't understand barca's transfer decisions

Icemane
8 days ago
•••
Reply to a comment by Ryan Larkin

Barcelona board are totally weak