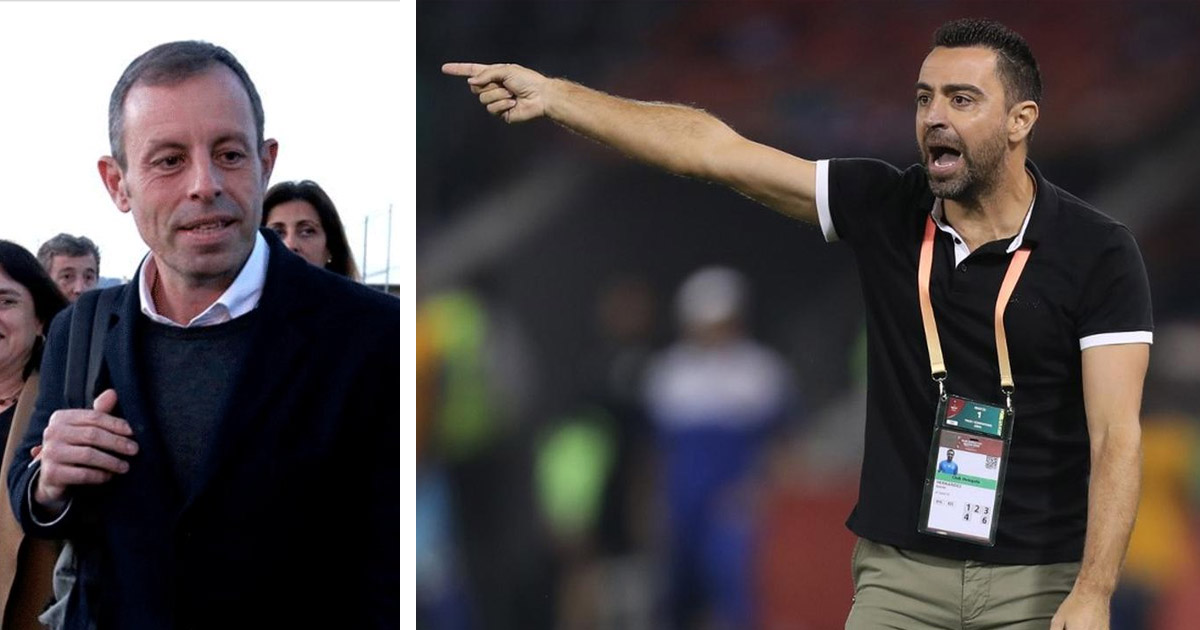 Catalunya Radio claim that Xavi might be heading to Real Betis. The club need a coach for the upcoming season after sacking Rubi. Barca's former president Sandro Rosell believes this would be a positive experience for the 40-year-old.

"I'd like that, I think it would be good for him, that first he had more experience in European football," he told Catalunya Radio (h/t Marca).

"If he was my little brother, I'd advise him of that before he came to this crusher (Barca), but he knows what's best for him."

After Rubi's departure, Alexis Trujillo took over at Betis. The former sporting director has been assigned as interim manager.

Besides Betis, Xavi is also linked with Barcelona, but his arrival this summer seems highly unlikely. On Sunday, the 40-year-old all but confirmed that he doesn't want to work with Barca's current board and president Josep Maria Bartomeu.

"Coaching Barca after the elections would be a perfect scenario and I won't eliminate that option," he told Diario Sport.

"I want to be there at a time where I can start from scratch. I have said this many times: I would like to be able to make football decisions at Barcelona.

"My biggest dream now is to work and train at Barca. My technical staff are preparing a lot to coach at Camp Nou."

Xavi to Real Betis for a few seasons: yes or no? Tell us in the comments or use our blogging platform!

Xavi: 'Coronavirus pandemic has been life lesson for everyone'
45
7
8 days ago
Font: 'Xavi will be Barca's cornerstone for the next 10 years'
60
4
23 days ago

Xavi is a very smart he has to come to Barcelona... He is the best for Barcelona

Please can we just get Xavi as a coach?!