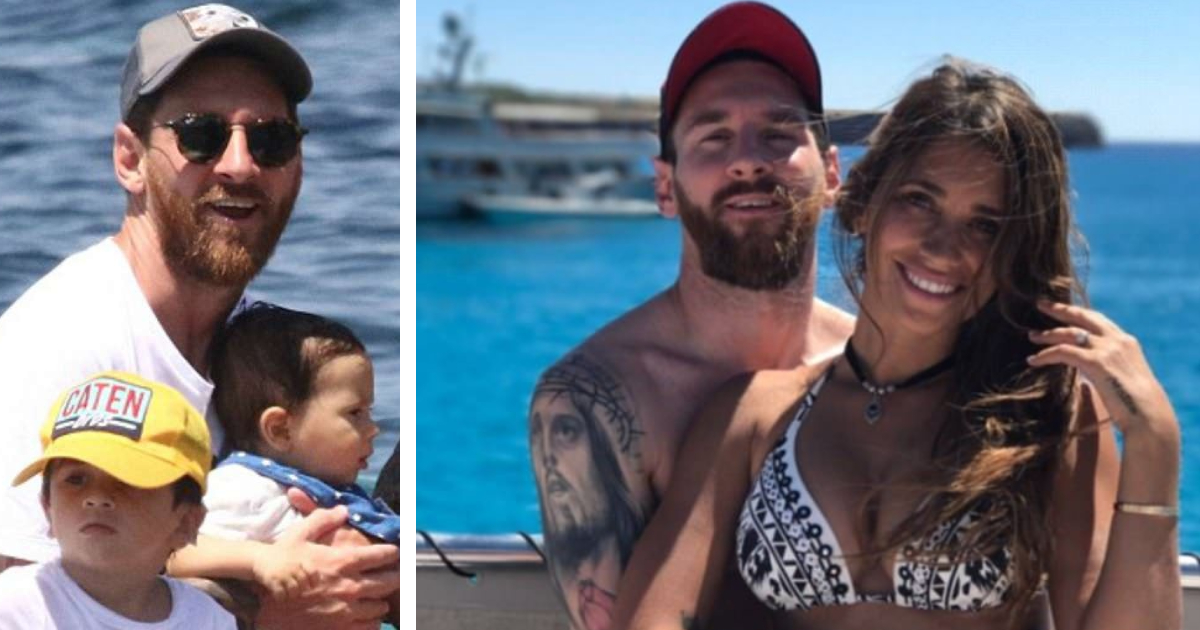 Summer vibes from Leo, delivered to you by Tribuna.

Footballers are the most generously paid athletes in the world, and when it comes to Lionel Messi, the figure can reach astronomical heights. The Argentine genius currently earns £500,000 a week with his current contract, that runs till 2021.

But Messi has always been highly paid. This affords him the best travel destinations the in the world.

Ibiza is probably Lionel Messi’s favourite travel destination. The Argentine superstar has spent many a holiday there, and in truth it is a place anybody would love to visit.

Ibiza lies in the Mediterranean Sea, and is part of one of Spain’s Balearic Islands. It is a favourite haunt of celebrities, and Messi is one of its great admirers.

Once in 2017, a couple of weeks before his wedding, Messi spent an astonishing Є37,330 on a single evening in a restaurant in Ibiza!

It was alleged that an employee had posted the photograph of the bill in social media, but later both Messi and Suarez laughed off the matter, calling it fake.

Even now during this pandemic, in the last week of July 2020, Messi visited Ibiza with his family and good friend Luis Suarez. It is supposed to rejuvenate them before Barcelona take on Napoli in the Champions League Round of 16 second leg.

Either way, we cannot deny that Messi has great fun every time he goes to Ibiza.

Formentera, like Ibiza, is another one of Spain’s Balearic Islands. It is well-known for its cool turquoise view of the Mediterranean Sea, its chic beaches and a relaxing atmosphere. It is an accompanying island along with Ibiza.

Messi also frequents this island, having made visits in 2018, 2019 and more recently just a few days back. Messi usually comes with others, such as the families of Luis Suarez and Cesc Fabregas, who is also a good friend of Messi from their La Masia days.

There have been moments where the paparazzi have snapped pictures of Messi’s wife Antonella Roccuzzo with Daniella Semaan, wife of Fabregas. Messi also uses his Maiora Seven C Yacht to cruise around the Mediterranean.

In 2011, Messi went on a holiday to the beaches of Sitges with his then girlfriend Antonella Roccuzzo. The paparazzi went crazy as Messi was shown lying on the beach with his girlfriend in a bikini.

The picture and the holiday garnered some criticism because it happened right after Argentina were knocked out of the Copa America in the quarter finals stage to eventual winners Uruguay. To add insult to injury, the tournament took place in Argentina.

Since then Messi has always frequented Sitges, which is a short drive from his home in Castelldefels. Today he owns a hotel there.

It has been reported that Messi enjoys visiting the Caribbean, particularly Antigua. Messi has visited the Jumby Bay Island Resort in Antigua, a place where he also spent his honeymoon.

It is a costly place to visit, where each night costs £5,000. But Messi’s humongous salary means that it is something he can easily afford. Other superstars such as actor Will Smith and singer Paul McCartney have also visited the Jumby Bay Island Resort.

It is only natural that Lionel Messi would want to go back to the city he was born, grew up in and spent the first twelve years of his life.

His last visit was in the Christmas of 2019, and it certainly made many Argentinians happy that the legend chose to visit his roots.

Messi had also visited Rosario in December 2018, and in July 2019 he built a hotel there. The restaurant reportedly handed out free meals to the homeless.

Anyone who is even remotely familiar with Lionel Messi and his career knows how much he loves his family. Of particular interest to the Argentine number 10 is his home, a place which he has carved out in his own image. He loves to spend time with his sons and wife.

It is a cosy little place which resembles Messi’s own elegance and magnificence. During his first few months, Messi and his family had trouble with the neighbours, owing to the noise they would make.

It hampered Lionel Messi’s work-life balance. In a bid to sort it out, the Barcelona legend bought his neighbour’s house, and turned it into his own! How many people can actually buy out their ‘noisy neighbours’? Well Messi can.

It was Ivan Rakitic who revealed this bit of hilarious information: "I did not have any problems with the neighbours, not like Messi in Castelldefels. He had to buy his house from the neighbours because they were noisy and so he could be alone."

It seems quietude and peace are truly important ingredients for Messi, and we cannot blame him for spending quality time with his lovely family. He loves to play with his sons Thiago, Matteo and Ciro, along with their massive Dogue de Bordeaux, Hulk.

If you bumped into Leo Messi while chilling on the beach, what would you do? Please tell us in the comments or write your fantastic blog about it!