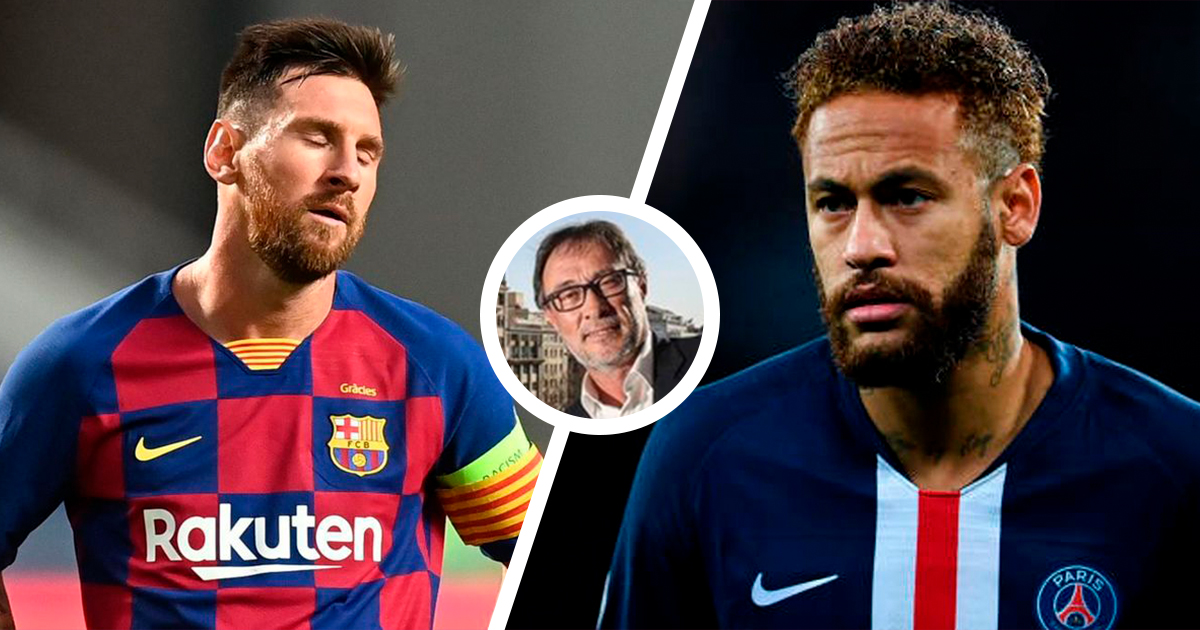 "Unfortunately, I think Bartomeu will force Messi's departure from Barcelona. It would be the last error on the long list and the most tragic of the Bartomeu-Rosell era, which has been a nightmare for the history of our club," presidential candidate Augusto Benedito has said to Diario Sport.

"If Messi was out of contract this summer, I am sure he would leave. Messi hasn't been happy since Neymar left," he added.

Last summer, Josep Maria Bartomeu made an attempt to return Neymar but Paris Saint-Germain's financial demands were reportedly too high to be met.

Leo Messi's future is said to be up in the air. The Argentine's current deal with Barcelona runs until July 2021 which makes him available to be signed for free already in January.

Ex-president Gaspart: Barca without Messi is worse than barbecue without salt
92
35
2 months ago
'Today it's easier for Messi to go to PSG than for Neymar to return to Barca': agent
84
22
2 months ago

This man 《FONT》should shut his mouth and stop saying things that will provoke Messi or make Messi remember the past hurts. Let's give Koeman a chance to rebuild our precious club and bring back our lost glory. Forca Barca ♡♡♡

Charlie
2 months ago
•••
Reply to a comment by Eric Taiwo

Barca4ever
2 months ago
•••
Reply to a comment by Eric Taiwo

Fonts words were taken out of context.

it's benedito not Victor font

Benluvic
2 months ago
•••
Reply to a comment by Eric Taiwo

Aremo Olamilekan Horlagov.
2 months ago
•••
Reply to a comment by Eric Taiwo

was that FONT that talked? Ogbeni wake up from your sleep

According to Clarin, Messi has been left furious that everything discussed in the meeting has made its way to the public domain. In the meeting, it is understood that Messi told Koeman he saw himself 'more outside the club than inside' with regards to his future. Now as detailed in Clarin's own report, the player isn't angry because this is a misrepresentation of what he said, but rather at the fact RAC1, who published the story, is the station that plays openly in favour of the Josep Maria Bartomeu administration in Barcelona. Reading between the lines, Messi is said to believe that this act from Barcelona's board is to try and force him out of the club by painting him as the bad guy who is looking to jump off a sinking ship without staying to fight and help, furthermore the fact he has kept silent after the 8-2 hasn't been respected.

what is there to fight for when he is the only one pulling the club forward, that's too much for only one man, if they say they want to build a team around messi....that doesnt mean he has to do all the work....the defenders are weak....midfielders are old, striker is weak. there are no better strikers out there for sale.....so trust me, next season will be another hell.

Berta,I get you, build the team around Messi is not a wrong move but the other players are getting too lazy, and because Messi used to save us game after game, the board didn't see any need to bring in new legs, imagine Setien talking about having older player in the team is better than having young ones, after that Arthur was sold. when it was obvious we needed guys that can take off the burden from Messi a little. He wanted Neymar Bartomeu gave him Greizman who will have to adapt again to the team. Bartomeu is more reason why Neymar left Barca. I just hate the man