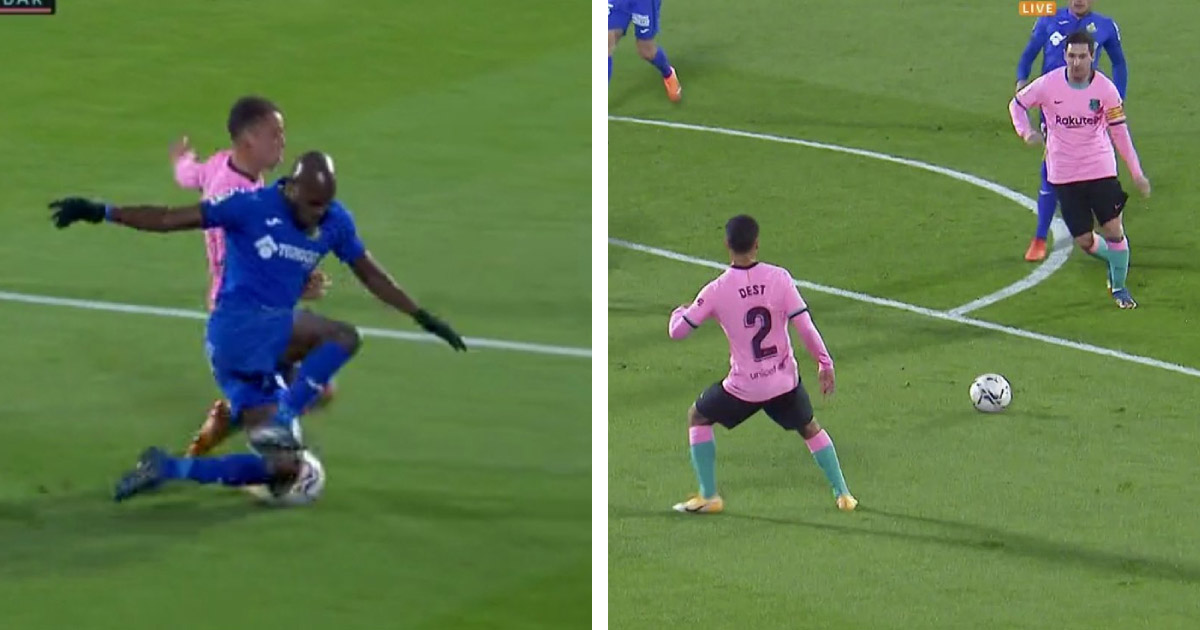 And all that while playing out of position!

Sergino Dest started in the left-back position against Getafe as neither Junior Firpo nor Jordi Alba was ready for the match. On his full debut for Barcelona, the American looked convincing, especially considering that we were playing against Getafe, a team known for their dirty way of playing.

In fact, Dest had two brilliant moments during the match. First, he nearly assisted Leo Messi.

Dest sets Messi but the ball hits the post. Unlucky.

And second, Sergino earned some karma points as he floored the anti-hero of the night, Allan Nyom.

Dest catches up with the Getafe defender

Just like that, the 1,89m tall Cameroonian falls to the ground.

How do you rate Dest's debut? Tell us in the comments below!

Dest one of best performer tonight Nyom deserves 3 different yellow cards, but when Real Madrid Referee are to officiate match like this, everyone knows what they're capable of, especially when their beloved team loss, they plot any tactics to effect the other contending teams.

He has done great job, just that we were not able to win the match.keep it up bro.