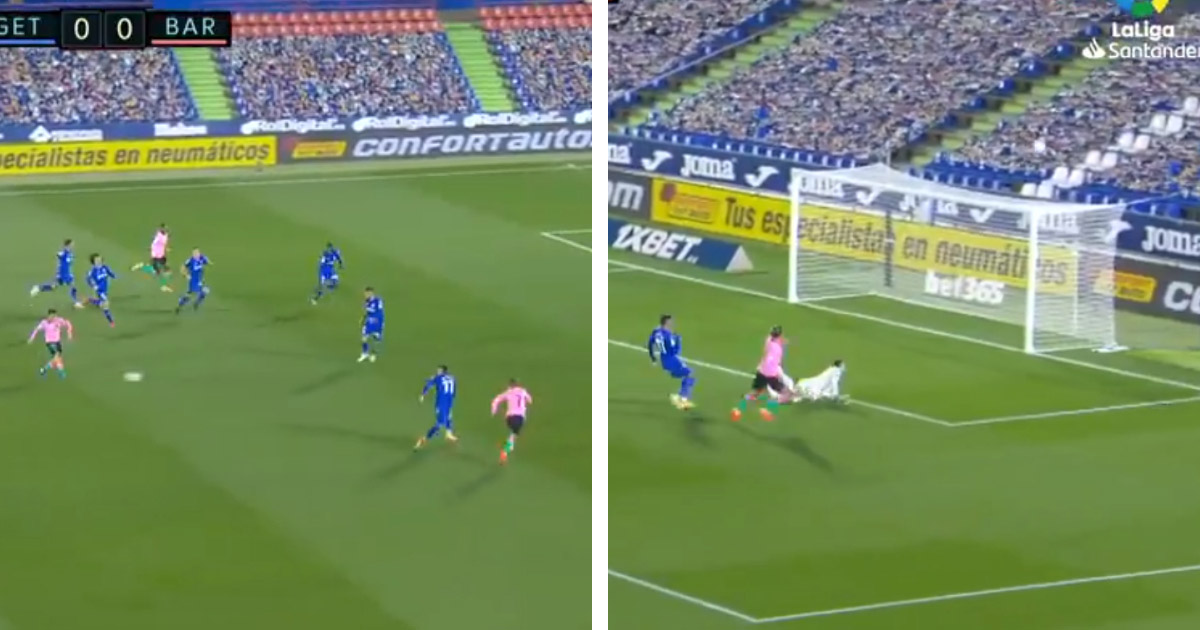 Could Pedri become our Iniesta replacement? Well, with a pass like that, we can certainly hope.

Pedri could have gotten an assist on his full debut for Barcelona if Antoine Griezmann's shot was at least half as good as the through ball he received from the 17-year-old. Here's how it looked.

The Frenchman tries to finish it with his weaker right foot but puts it too high.

Besides Leo Messi hitting the post, this was Barca's most dangerous attack. What the match against Getafe has shown is that the Catalans — although great on the counter — struggle when they need to create chances from positional play.

Griezman is a total Crap