Tribuna
/
FC Barcelona
/
News
/
'Whether it's fair or not, we're leaving with a defeat': Busquets calls to improve team's game and forget refereeing 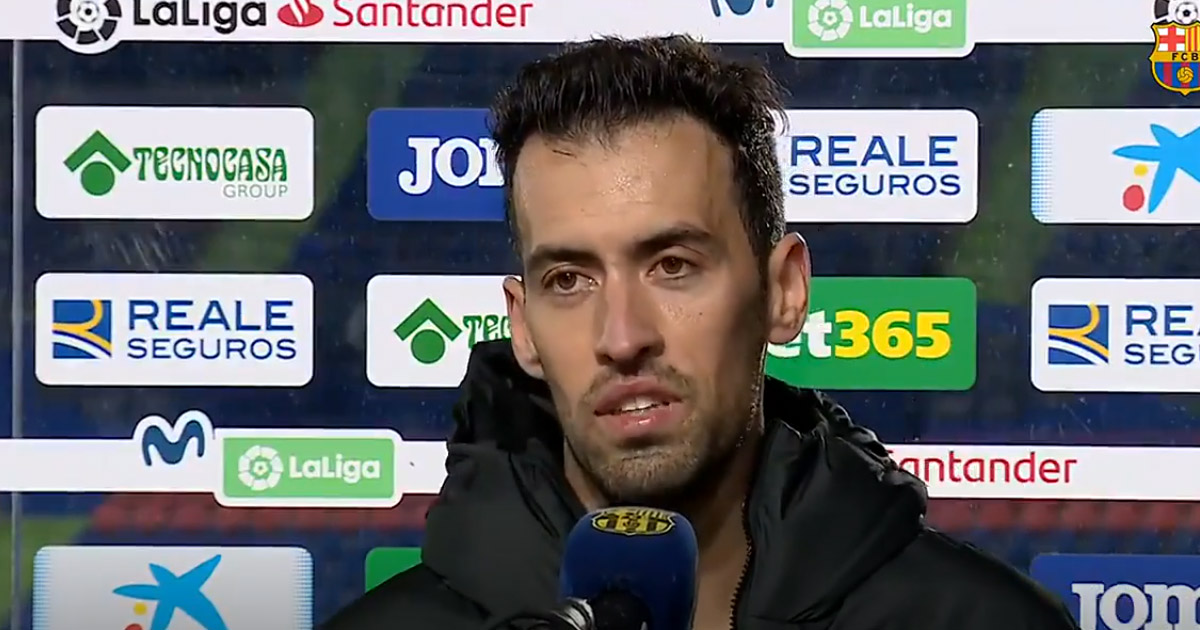 'Whether it's fair or not, we're leaving with a defeat': Busquets calls to improve team's game and forget refereeing

"Whether it's fair or not, we're leaving with a defeat," Sergio Busquets told Movistar after the 1-0 loss to Getafe. "Once the game ends there's no talking about the referees.

"I think we played well in the first half and had chances but we know it would be a difficult game, that it would be tough and maybe it's been decided on a couple of moments. Once they got the goal, they sat back comfortably behind the ball.

"We tried to play quickly but a lot of the time we couldn't, but we tried. We weren't precise enough, it wasn't our best game but we tried until the end and even had chances, with the crossbar late on. The result is a shame."

Barcelona have suffered their first defeat under Ronald Koeman. Next, the Catalans are set to face Ferencvaros in the Champions League on Tuesday, October 20 and Real Madrid in La Liga on Saturday, October 24.

Koeman discusses Griezmann's position again, still no words about actual performance
1
60
11 days ago
2 positives from Dest on full debut – almost assists Messi and floors Nyom in perfect tackle
80
28
11 days ago
'I hate him with passion': Barca and neutral fans dropping truths about Nyom
52
27
11 days ago
Koeman: 'I don't know if there was VAR tonight, the ref cut the pace of the game a lot'
56
81
11 days ago

Busquets is right... I just don’t know why some fans keep blaming Bus and Roberto... Some Barca fans didn’t even have some respect for our legends... Busquets is better than De Jong believe it or not.... 🙌

busquet and pique are over used and can't be regular starter, it's time they are rested periodically

dembele is a waste of money and has nothing to offer barca....3 years of waste and pushing the ball too to be the opposition, I wonder if messi boot was built with magnet

Fruito
11 days ago
•••
Reply to a comment by Linda Robert

can you just be reasonable for a moment... that guy has been injured for a while. yesterday game was his first start since last year November

He actually did well trying things, challenging defenders... He'll get there, but I agree, not great yesterday.