Tribuna
/
FC Barcelona
/
News
/
Koeman: 'I'm happy with the effort of the players, you can't criticize that' 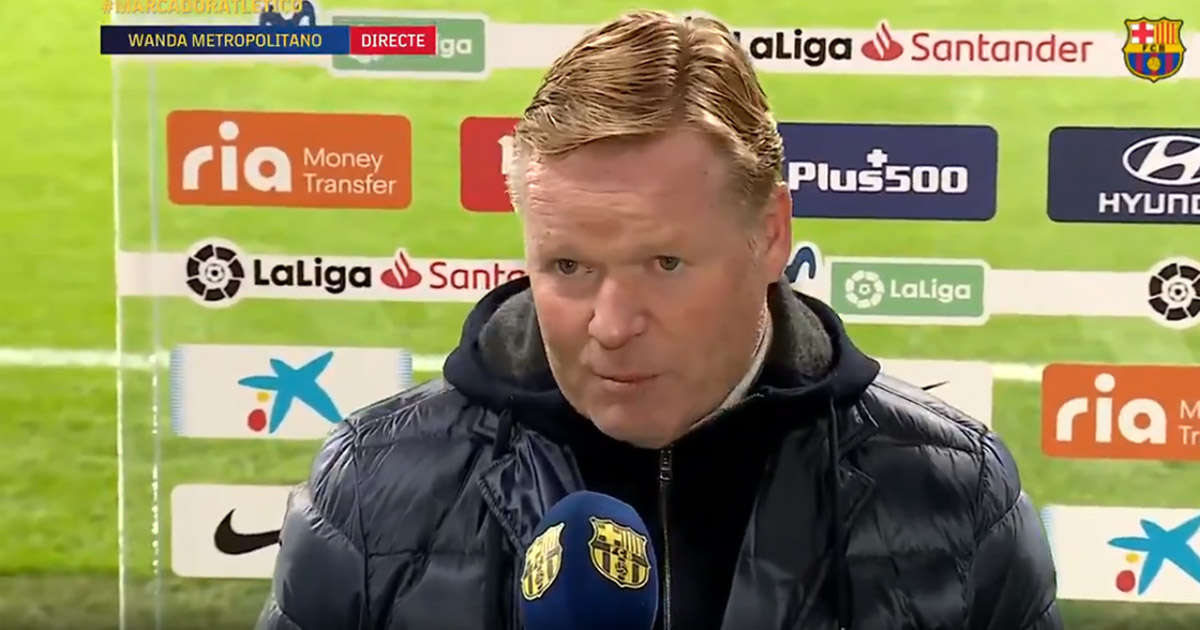 Koeman: 'I'm happy with the effort of the players, you can't criticize that'

"A team like Barca can't concede such goal," Ronald Koeman said after the loss to Atletico Madrid.

"I'm happy with the effort of the players, you can't criticize that. We dominated in the first half and we played well. We didn't create many chances because it's really difficult against a team that defends so well."

So far this season, Barcelona have recorded three wins, two draws and three losses in La Liga. Koeman has become the first Blaugrana coach to lose to Diego Simeone in the league.

Yussif A. Ganiyu Ambitious
4 days ago
•••

I remember the days watching Barcelona game was delightful. nowadays it is like consistent torture. the whole team tries to walk the ball to the goal. no shooting, no individual skills, weak physique, underperformed and overpaid stars. there is no pleasure in watching Barcelona no more......

I just hate this type of coaching! When you can be happy with a loss. If a toothless effort that produced nothing pleases you my boss, you have no good plans or vision for us! Aaah! 10th place on the league table... I am even ashamed. Pls with all due respect, be not happy sir! Be worried, concerned and afraid of losing your job! Enough of this bs

not only you my friend. he doesn't no what his coaching