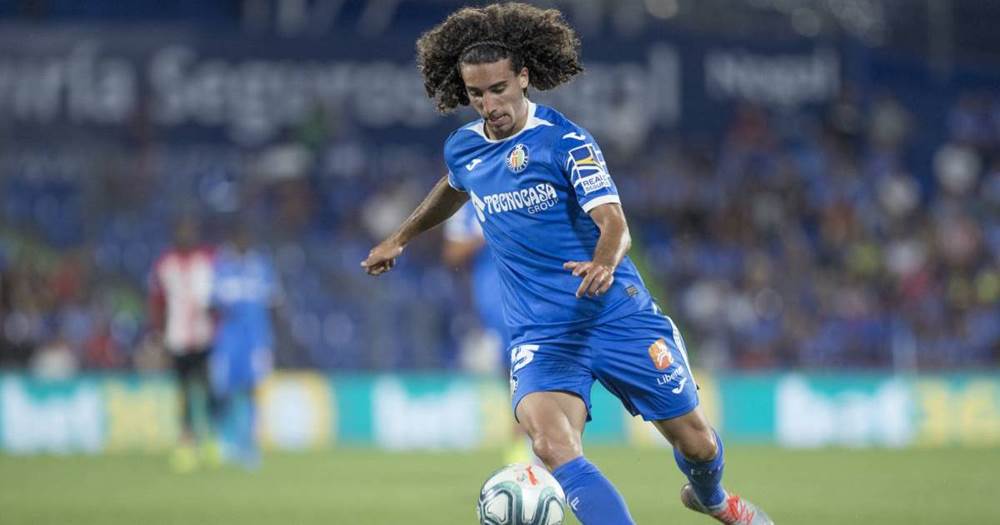 Marc Cucurella's transfer to Getafe was confirmed in mid-July. The defender joined them on a one-year loan spell. After that, they will have to buy the player for a fee of €6m.

Clearly, Cucurella will be looking forward to facing his former side. Getafe host Barcelona this Saturday, kick-off is at 16:00 CET.

The 21-year-old continues impressing on loan. He has already become a starter and missed just one minute of game time. In total, Cucurella has been involved in exactly half of Getafe's league goals, 5 out of 10. The 21-year-old has provided two assists and one penalty during this run.

Getafe coach Jose Bordalas particularly praised Cucurella after the 1-1 Athletic Bilbao draw earlier this month: "We're happy because he's a boy that gives absolutely everything on the pitch, he has good qualities, he crossed for the goal and I put him as a second striker to make a tactical change in the second half to make the opponents doubt themselves."

Cucurella spent last season Eibar on loan. He made 33 appearances across all competitions, scoring 2 goals, including an effort against Barca in La Liga's final fixture. He could now score past his former team with his second side.

Just like Juan Miranda, Cucurella was considered to become Jordi Alba's future replacement. However, following a series of uninspiring games for the first team, the club decided not to risk and buy Real Betis' Junior Firpo.

Barça board. Keep Cucurella for 2 M(won't do it), buy Firpo for 25(yes please). Makes no sense