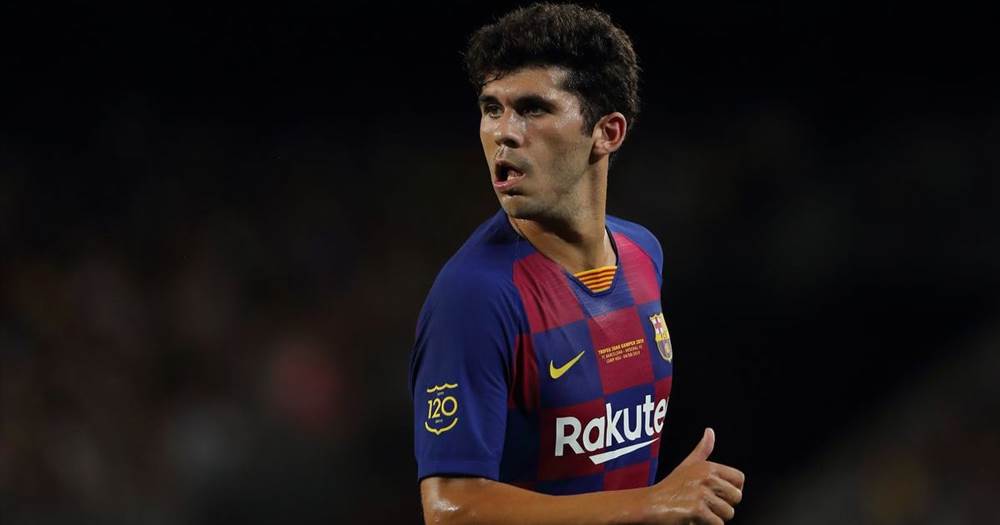 Catalan source L'Esportiu reveal that Carles Alena could have not been playing for Barcelona this season after all. They claim he was close to the loan move to Real Betis in summer. However, the Catalans didn't allow him to leave.

There is no reason given why Barca refused to accept a loan offer. Potentially, Betis lacked funds to include a purchase option in Alena's contract. That's happened before when Rafinha was close on the Verdiblancos move.

In any case, these are mere speculations. The fact is that Alena doesn't receive enough playing time at Barcelona this term. He started against Athletic Bilbao in the league opener but it was an overall poor game for the Catalans. They lost 1-0 and Alena left the pitch after the break.

Alena hasn't played ever since. Moreover, Ernesto Valverde has been snubbing him from the matchday squad. He hasn't been included in either of the Champions League games. In total, Alena made the cut just twice: against Villarreal and Getafe.

It seems that Alena is currently behind all Barcelona first-team midfielders, namely, Frenkie de Jong, Sergio Busquets, Arthur, Ivan Rakitic and Arturo Vidal. It wouldn't be surprising if the 21-year-old moves elsewhere in winter.

Alena has scored three goals in 35 senior appearances for Barca. He only received promotion last year. Alena came through the ranks of La Masia Academy and it would be a harsh blow to lose yet another homegrown player.

AS: Alena determined to work hard in order to get playing time
36 9
5 months ago

Alena is important and playing one match without seeing top doesn't mean he is not a good player. You the coach himself, problem can not count but the board considered u.

This guy is good and needs playing time to be better, Barça must loan him this winter to get playing time elsewhere for one and half season, he will improve significantly.

now if anything,the coach can played him now because he can use him like De Jong ,Alena and Arthur and less see how the ball can go thats my idea