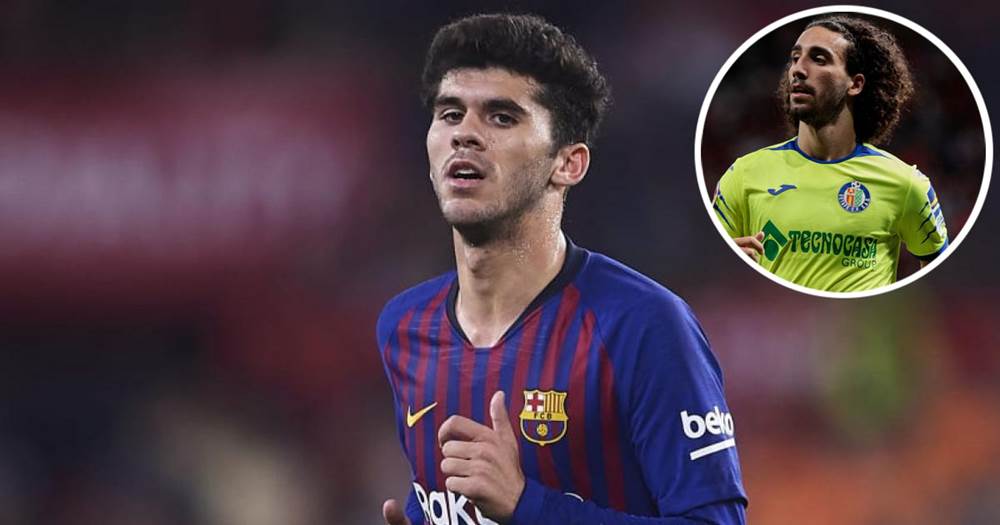 Cucurella on Alena: 'He doesn't deserve his current situation'

"These are difficult moments, but there are always new opportunities in football. It's true he's not had chances, not even been in the squad at times, but he's strong. I spoke to him, I offered my support, gave advice and he knows he has to be focused, even if it's difficult. With a strong mind, when the chance comes, he will be able to show that he doesn't deserve his current situation."

Carles and Marc are good friends, and the Getafe player admits he misses Alena, who hasn't been summoned for the Spain U21 squad.

"Yes, it makes it more pleasant when he's here. He's my roommate and I miss him a bit. I've spoken to him, he has to have patience. In football, sometimes you don't get the chances you deserve, but he's a hard worker and a great player. When he gets the chance, he will take advantage of it and we will be able to enjoy him."

It would be a shame for Barca to lose yet another La Masia product. In case you doubt Alena's talent, take a look at his highlights from the youth ranks:

The 21-year-old started the game against Athletic Bilbao in the La Liga opener back in August. However, the midfielder was subbed off at half time and hasn't played a single minute since then. A recent report from TV3 suggest that the midfielder is determined to stay at Barca and fight for regular playing time despite the club being ready to let him leave on loan.

they should at list give him more chance to play because Perez plays shit than him but he still get chance ....

this la masia young talent will be dissipoint with vervalde,if vervalde still coaching barca he will turn barca talent to be zero like he did to dennis and delefeo