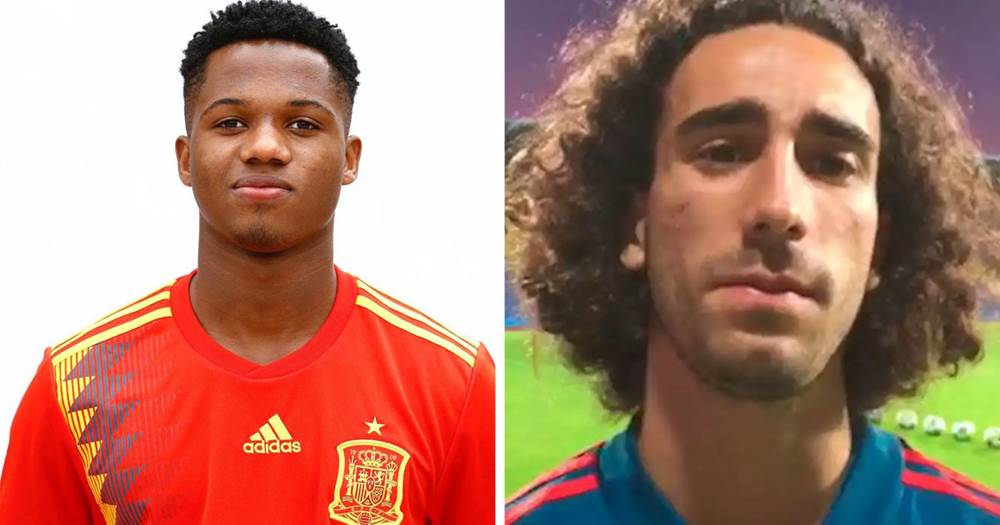 Ansu Fati has received a surprise call-up to the Spanish U21 side and could already make his debut in the next match against Montenegro. Speaking about Barca's breakthrough star, La Masia graduate Marc Cucurella praised the winger's technical abilities.

"Above all he's great one-on-one, he always looks to go at the opposition. The goal is always in his mind, he's shown that and he makes defences suffer."

The 21-year-old revealed that Fati didn't have problems settling in: "He's integrated really well. He has a lot of quality. It's not normal to be where he is at his age. He's a player that can contribute a lot for us."

The Getafe full-back also reveals he tries to treat the debutant as if he were his younger brother.

"I try to treat players as I would like to be treated if I was in their situation. It's important that he's comfortable and feels at home from the first day. He is very young, so we have to take care of him and treat him well."

Ansu only recently received Spanish citizenship and he wasn't planned to be called up by any of the youth squads. However, the unfortunate injury Carles Perez resulted in the U21 coach summoning Barca's starlet. After the match against Montenegro, Fati is set to return to Catalonia and join the rest of the squad in training ahead of the Eibar match.

Scout that got us Puig, Fati & others sheds light on his work at Barca
42 3
3 months ago

Fati, injuries & more: 4 alleged reasons Barca may give up Neymar pursuit
38 32
3 months ago