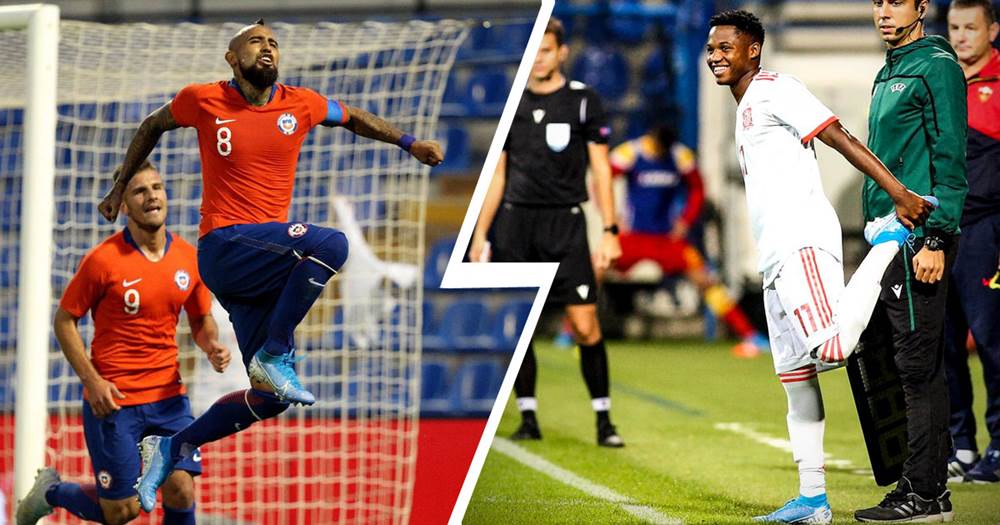 The latest round of international fixtures saw Arturo Vidal, Ansu Fati and Marc Cucurella featuring for their respective countries on Tuesday. Sergio Busquets, meanwhile, was left on the bench for Spain's 1-1 draw with Sweden.

Arturo scored a 74-minute penalty in Chile's 3-2 friendly victory over Guinea at the Estadio Jose Rico Perez in Alicante.

Following the encounter, King Arturo said: "There are no lesser opponents. A lot of lesser-known teams make things difficult for teams like us. We have to trust in what we are doing and keep preparing for the World Cup qualifiers to come."

Fati became the second-youngest player to debut for Spain Under-21s coming on as a second-half substitute for Marc Cucurella in the 2-0 win over Montenegro. Cucurella, who joined Getafe on a season-long loan deal this summer, scored the Rojita's second in the 62nd minute to secure the third consecutive victory in their European qualification.

Busquets failed to make it off the bench in the Sweden draw which saw Robert Moreno's men qualifying for Euro 2020.

Barca return to the league action on Saturday. The Catalans will take on Eibar at the Ipurua at 13:00 CEST.

The rest of the squad continue their preparation for Saturday's trip to Eibar: