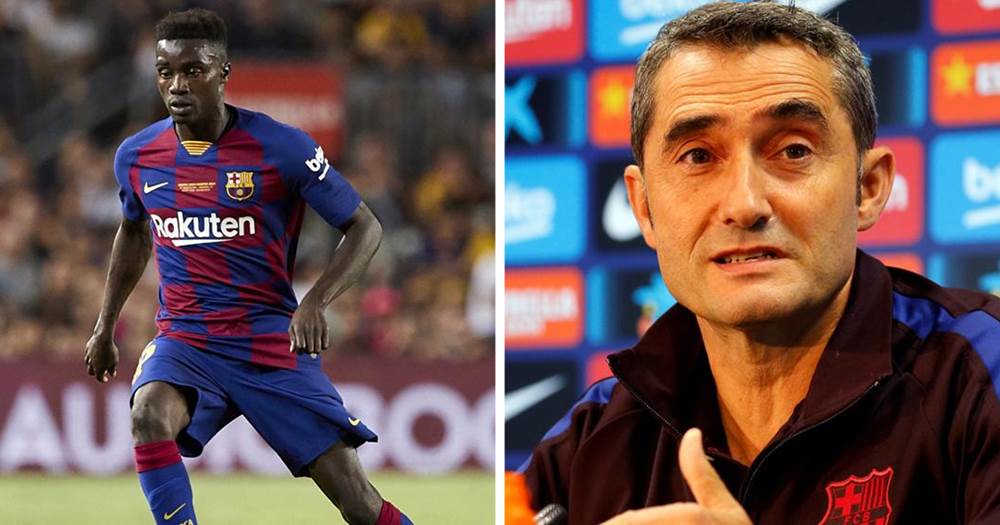 'We have two options': Valverde reveals if Wague will start against Leganes

Moussa Wague was predicted to start in the upcoming league game against Leganes with both Nelson Semedo and Sergio Roberto are unavailable for the match. Ernesto Valverde, however, wouldn't confirm or deny that the young full-back is set to feature in the starting XI on Saturday.

"We have two possibilities, either we play with Wague, or we change the system," Barca boss said in the press conference ahead Leganes game.

"He is prepared, of course, because he is part of this group of players."

Should Wague stay on the bench, Valverde has no choice but to start with three at the back (Pique, Lenglet and Umtiti) and two wing-backs.

Want to see Wague in action? Watch this introduction video:

The situation is quite peculiar as Wague hasn't played a single minute this season for Barca. His only match has been the encounter against Congo. The right-back played full 90 minutes only to be snubbed in the next match against Eswatini.

Moussa has been snubbed by Valverde for the majority of games. He has been included in the match squad three times but remained on the bench every single time.

Wague became the most recent player from La Masia to be promoted. The 21-year-old had a good 2018-19 season with Barca B. He made 20 appearances and contributed with two goals and three assists. Moreover, he appeared in three matches for the senior squad.

What would you choose: Wague or three at the back?

give him a chance

i knw wat lord valvarde will do to avoid playing firpo or wague, he will play a 3-4-3