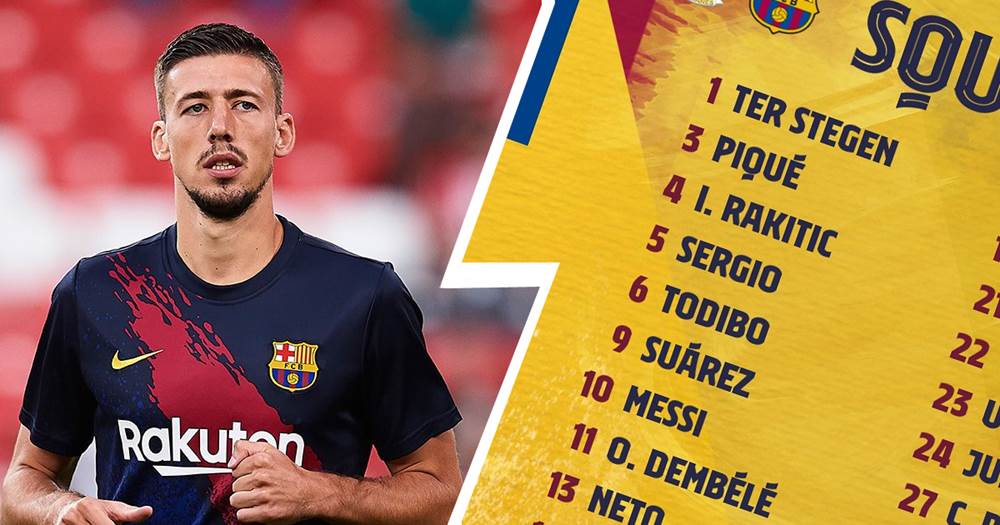 OFFICAL: Lenglet out of 20-man Leganes squad with calf problem

Barcelona are set to face Leganes at Estadio Municipal de Butarque on Saturday within La Liga Matchday 14. The Blaugrana have announced their 20-man squad for the clash. 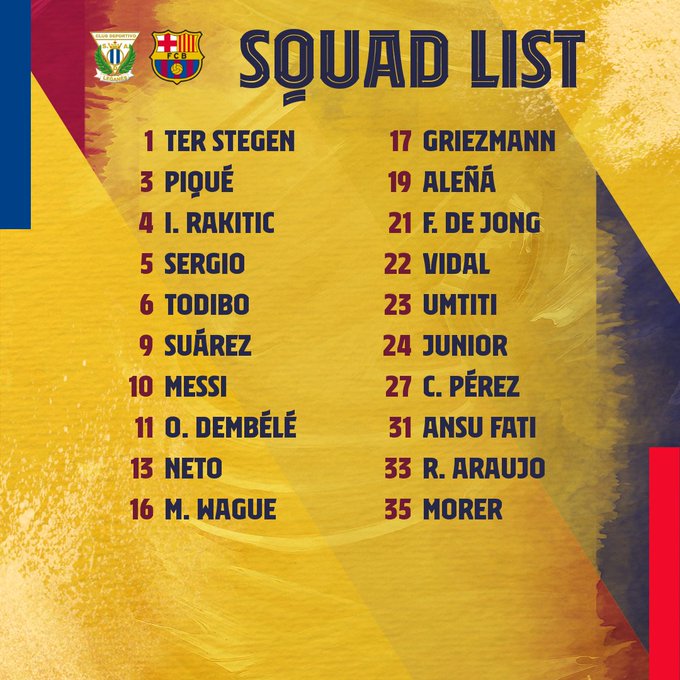 Unexpectedly, Clement Lenglet is out with a calf problem he felt during the Friday afternoon training. Arthur is left out - probably due to the late return from the international duty. Sergio Roberto is suspended for the game.

The clash between Leganes and Barca will take place on Saturday, 13:00 CET. Leganes are a relegation-threatened side who are dead last in the table with 6 points from the first 13 La Liga games. Barca enter the matchday as league leaders, level on points with Real Madrid.

'We have two options': Valverde reveals if Wague will start against Leganes
32 13
2 months ago

Leganes boss Aguirre: 'Messi should stay longer. It's luxury to have him among us'
41 1
2 months ago

Oh god help us to sack the coach

Kipcy2 months ago
Reply to a comment by Mohammed Ali

VALVERDE IS SUCH A FOOLISH COACH

fool,can you call ur dad foolish ...do you actually know what is happening at the camp..if they had not explain to why Leglet was out of the squad , would you have known ...why dont you wait till you get the main reason before you start insulting someone who is old enough to be your dad

Arthur is not a robot he cant just play all games.

Victor Obulezi2 months ago
Reply to a comment by David John

than have you considered De Jong? he has play more games than Arthur. he supposed not to be called.. the couch doesn't know his onions.

David John2 months ago
Reply to a comment by Victor Obulezi

What if Arthur has some physical issues. There are 20 something players not everyone could play. Every game fans have to make comments on oh how the coach could leave this person out.