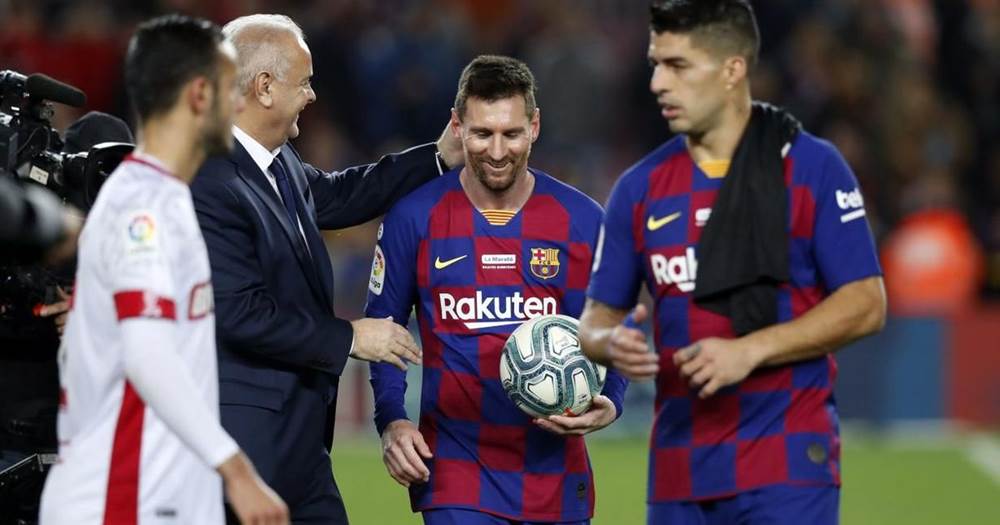 Here's how our players fared in the 5-2 win against Mallorca at Camp Nou.

The Argentine scored three goals on the same day he presented his sixth Ballon d'Or in front of the Camp Nou crow. Besides his goals, the captain still remains Barca's main man in attack, creating a lot of opportunities for his teammates. The most amazing thing is that Messi is now the leading goalscorer in La Liga with 12 goals despite missing five games through injury.

A few mistakes here and there, a few misplaces passes here and there but a good performance overall. The Uruguayan potentially scored Barca's goal of the season, no wonder he was trending worldwide on Twitter during the game. Luis left the pitch with a goal and an assist.

The Frenchman is getting more and more comfortable playing at Barca. Instead of only covering the left flank, the 28-year-old is now free to drop into Messi's position if needed. Antoine is slowly adapting to his new role and his recent goals are a good indicator that the MSG trio will soon become unstoppable. Just like Suarez, Griezmann registered one goal and one assist.

It's hard to recall at least one bad performance from the Dutchman. Frenkie is playing like he is a La Masia graduate. Besides his good passing, the midfielder puts in a lot of physical work, making him an invaluable part of Ernesto Valverde's team. It was the 22-year-old Suarez's goal.

Although some fans hate on the Croat, it would be hypocritical to deny that the midfielder has had a great game. His passing was on point, he contributed both in attack and defence. The 31-year-old registered one assist. Rakitic was involved in attack more than ever.

The Frenchman is far from showing what he showed last season. This time around, he cost Barca a goal. Unable to catch up with Mallorca's forward Bodimir, Clement decided to try and block the shot. Unfortunately, the ball ended up in the net after a deflection off of Clement.

This one is tricky. The German had a good first half, he even assisted Griezmann's first goal. Actually, it is his second assist of the season, as crazy as it may sound. However, Marc-Andre is partially at fault for the goal Barca conceded in the second half. He should've stayed on the line instead of trying to intercept the cross.

Fan Voice: What's the highlight of Mallorca win?
55 21
2 months ago

Roberto had a great game

Always overlooked, played great even after picking up the early yellow

even check out Roberto's ratting, 6.5, atleast he deserves 8

Champion Honourable Hakeem Mubarak,Roberto rating should be from 8 and above