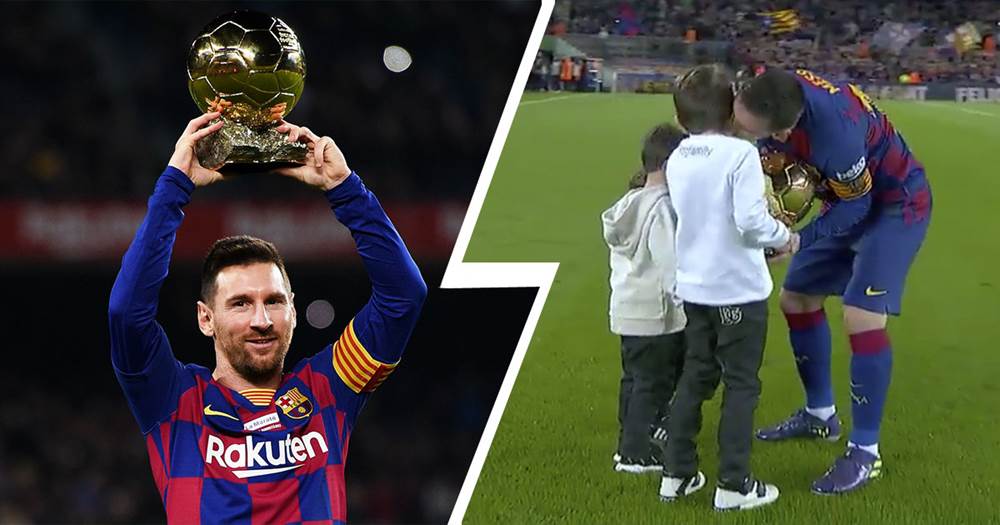 Sometimes there are moments when you feel the life was made.

One such moment for Leo Messi might happen when his three children — Thiago, Ciro and Mateo — appeared from the Camp Nou tunnel and walked up to him to serve their father his sixth Ballon d'Or.

Look at how proud the children are when they see Leo waiting for them to present the trophy. That's really cute.

Leo Messi showed his recently-won Ballon d'Or to the fans at Camp Nou ahead of Mallorca game. Shortly thereafter, the Argentine confirmed his 'GOAT' nickname with a hat-trick full of alien-like goals. Well, Messi being an alien is no longer a surprise...

e 7th is loading this time with e UCL