Tribuna
/
FC Barcelona
/
News
/
Neymar: 'If Xavi becomes Barca's next coach, they will be lucky' 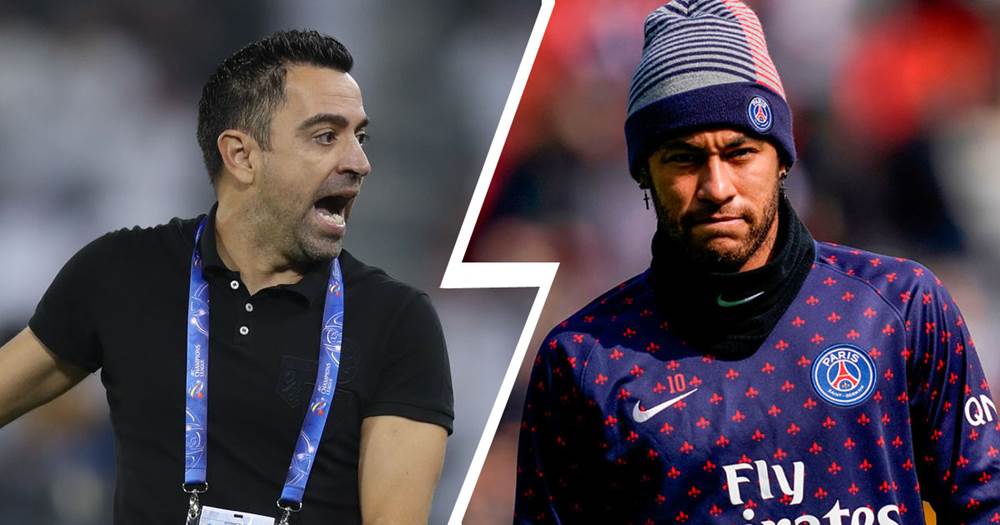 Neymar: 'If Xavi becomes Barca's next coach, they will be lucky'

Even ex-players back Xavi to triumph in Catalonia, this time as a coach.

In the interview after the clash between Paris Saint-Germain and Monaco, ex-Blaugrana winger Neymar commented on the rumours about Xavi's future at Camp Nou.

"Xavi as a player is exceptional, and a good coach too. If he becomes coach of Barça, they will be lucky, because he is a great person. It was a pleasure to play with him. I wish him well," All Football quote him saying.

Barcelona have contacted Xavi other the possibility to take over at Camp Nou already this month. However, the former midfielder chose to stay at Al Sadd at least until the end of the season, leaving the door open for a June move.

Neymar, meanwhile, still hopes to return to Camp Nou himself. Barca are expected to make a new move for him next summer.

Do you imagine Neymar playing under Xavi?

Andres Iniesta: 'Neymar would be a great reinforcement for Barca'
53 28
13 days ago

We need Xavi now to oversee transition of the Pep group to re-introduction of Barca philosophy...Xavi is our future which should begin from now before the egg drops on the floor...it's very sad that our young la massia gratuates who are the future of Barca are being sold elsewhere under new systems that later don't fit our play... football is about excitement, about sensationalism...it's not the academic boredom

Absolutely yes! I agreed to your recognition and hope seeing it come to pass Neymar

Xavi will be better choice.