Tribuna
/
FC Barcelona
/
News
/
Quique Setien back in 2019: 'The day that Messi retires, I will cry forever' 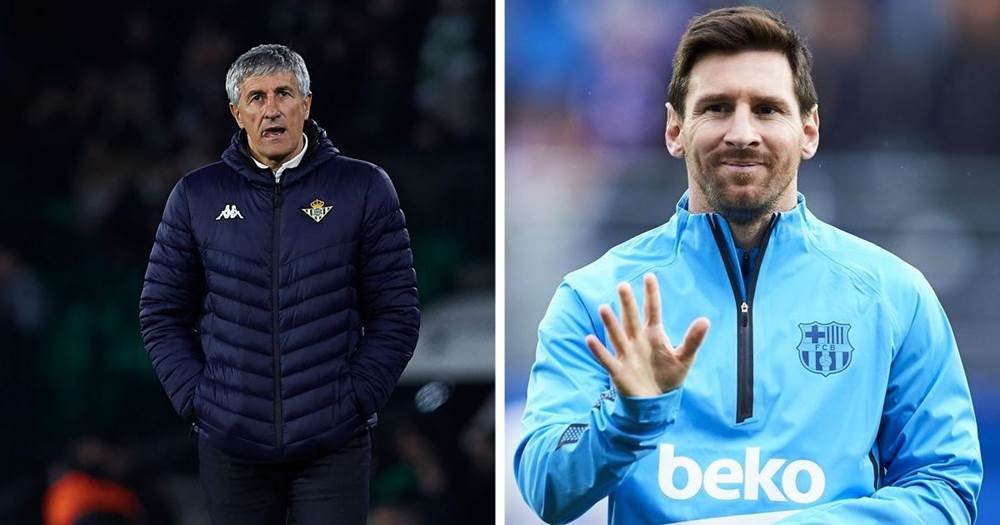 Quique Setien back in 2019: 'The day that Messi retires, I will cry forever'

Everything indicates Quique Setien will take over at Barcelona with an official announcement set to arrive in the coming hours or even minutes.

Curiously, the former Real Betis' boss has never hidden his admiration for the Catalan giants. That's what he said after his resignation in May 2019, as quoted by Cadena SER: "When a player like Xavi retires, it's as if a kidney is removed. And the day that Messi retires, I will cry forever."

Luckily for him, Setien still has a chance to work with Messi in his career. The 61-year-old is expected to sign a two-and-a-half-year deal with the Catalan giants, according to transfer guru Gianluca di Marzio.

It is not only you that will cry, the whole football world will cry.

After Valverde is gone Next agendas 1. shipping Rakitic out to some Serie A or something 2. Striker to replace suarez 3. Bringing Alena Back 4. Allowing Puig to run the show in the middle with De Jong.. 5. Major Agenda Bring Neymar Home

rijmbrandt rijmbrandt8 days ago
Reply to a comment by Gbemi

YNLead8 days ago
Reply to a comment by Gbemi

It’s not up to him , you see how Todibo this morning in Germany while they knew Valverde will be sack

nshadow8 days ago
Reply to a comment by Gbemi

Also, benching alba for firpo if he fails to step up his game. Benching /selling off smedo and Roberto for give way for wague or first class right back.

we miss you Johan..