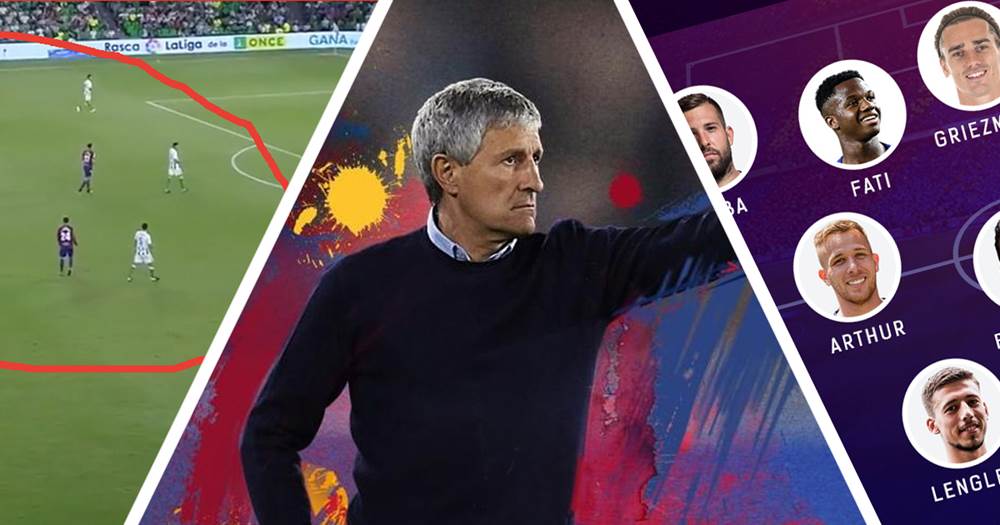 Tribuna.com dives deep into the meticulous mind of Quique Setien who was appointed Barcelona manager on Monday.

Possession-based football, utmost attention to detail and admiration for Johan Cruyff - these are the things most Barca fans know about Quique Setien already.

Tribuna.com decided to study the style of Barcelona's new manager a bit more in detail and try to understand what changes he is likely to bring about.

Alright, let's get this one out of the way first. Setien used 3-5-2 formation at Real Betis in 2018/19 but he is very unlikely to make it his first choice at Barca.

Barcelona and 4-3-3 are synonyms and Setien will not destroy this bond. 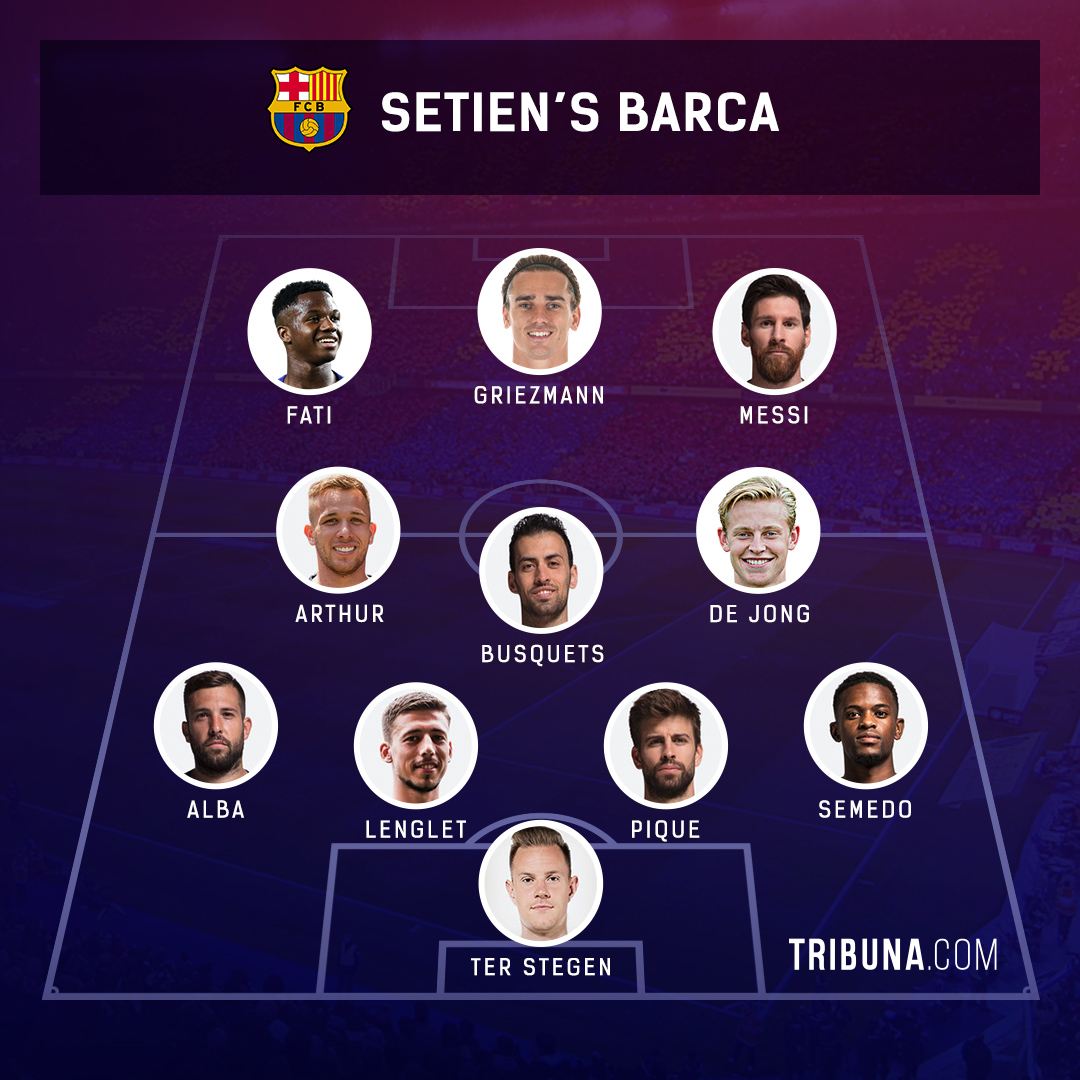 It will transform into 2-3-5 when in possession in the same way that Betis did during their first season under Setien. Full-backs move forward, wingers tuck in and we get something like that: 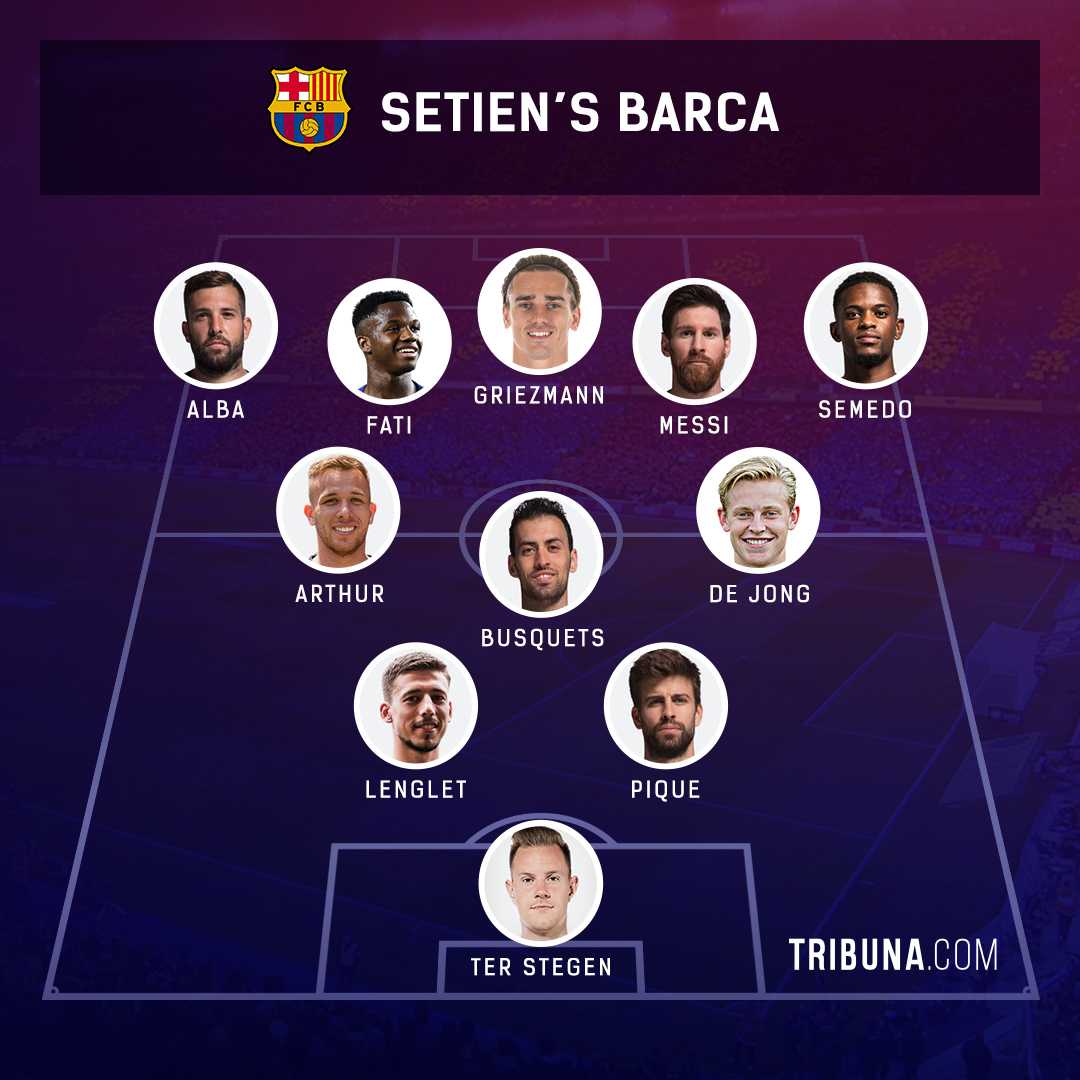 You can read more about the way Barca-like formations transform here.

As every coach who values possession, Setien aims at stretching the opponents' defence to create gaps to play through. The curious thing is how the manager tries to achieve it.

The Business Standard describes the 61-year-old's teams as 'almost robotic'. Setien's players have to learn and hone dozens of pre-planned combinations that would help them break different sorts of defensive lines.

The main objective of these combinations is to create a numerical advantage in one area of the pitch consequently attracting opponents to the said area to eliminate this advantage. As a result, there is an unmarked player of Setien's team on the opposite side of the pitch who is ready to receive the ball and create danger.

We've just described how Quique's system should function in perfect conditions. Obviously, the players are required to have an exceptional discipline and tactical wit as well as impressive passing abilities to execute the plan. Barca have just that.

Like we said here, one of Barca's major problems is the inability to deal with opponents who use an aggressive high pressing. Setien has a special trick up his sleeve.

Again, the coach uses numerical advantage and pinpoint passing to break the pressing structure and start an attack.

The Tactics Board's Patrick Mills explains this on an example from Betis's 2018/19 season.

1. Betis create a 4v3 advantage (or even 5v3 if you count the keeper) in the first phase of the build-up:

2. Betis's central midfielder drags the opponent from the second phase of the build-up and the goalkeeper immediately plays the ball forward:

3. An unmarked midfielder receives the ball, the opponents are too late to stop him:

At Barca, Marc-Andre ter Stegen, Sergio Busquets and Arthur will have the most important roles in this structure. Here's how the team will line up in the first phase of the build-up:

Arthur and Busquets will be responsible for disrupting the opponents' pressing system with their smart movements while Ter Stegen or, again, Busquets will deliver the ball to Frenkie de Jong, Lionel Messi or Antoine Griezmann.

It is well known that Quique Setien and Sergio Busquets have mutual admiration. Thus, the midfielder's role is set to become even more pivotal for Barcelona again.

Busquets's position under Valverde was higher than before which extended the scope of the player's responsibilities. Busi was heavily involved in the build-up, pressing and defence. As a result, the number of the midfielder's mistakes increased while his efficiency dipped.

Getting the best out of Busquets's skills will be Setien's priority.

When using 4-3-3, Quique prefers his defensive midfielder to drop low getting on the same line with two centre-backs (see picture above). This movement puts Busquets in his favourite position - he is in full control of the build-up and sees all of his teammates.

Quique Setien will introduce smart possession, a new pressing-breaking method and give more power and significance to Sergio Busquets.

The major question is the organization of Barcelona's defence. Setien's Las Palmas and Real Betis scored a lot but always conceded even more. Such results would be totally unacceptable at Barca and it is particularly intriguing to see how the new manager will handle the defensive line.

What are your thoughts on Setien's appointment?

GentleSoul8 days ago
Reply to a comment by Samuel Subramanian **

Opoku Dapaah2 days ago
Reply to a comment by Samuel Subramanian **

Wow Formation sth great is Happening.. Am Back to after long time break ..This brainless Coach is out Happy For that Wishing Satien All the best.. FORCA Barcaa

Official Hybrid8 days ago
Reply to a comment by Daniel Haile

That is for quique to figure this out