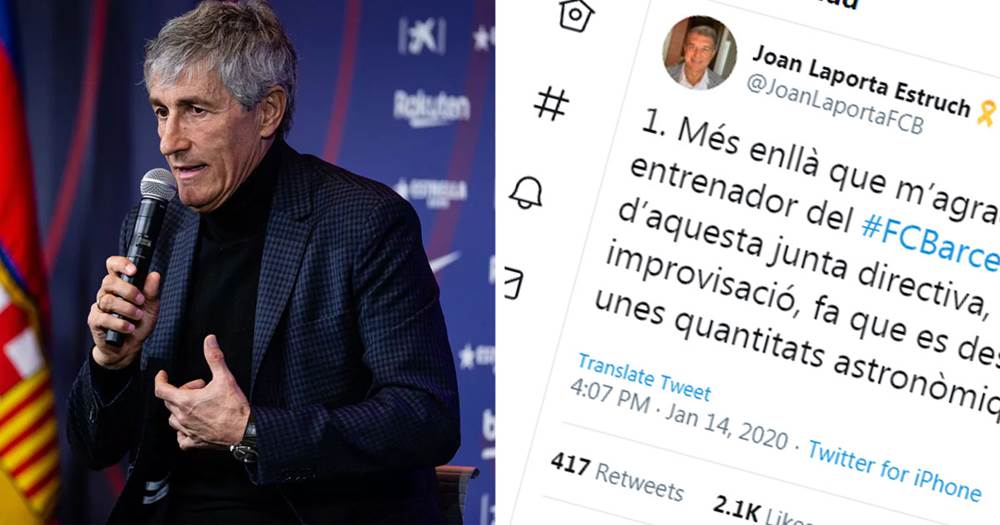 Former Barcelona president Joan Laporta continues his war against the current board.

With the Catalans announcing Quique Setien as the new coach, Laporta took it to Twitter to share his thoughts on the subject. As always, the former official couldn't restrain from once again pointing out of the mismanagement that's happening at the club.

"Beyond that I like Setien as a coach, it is clear that the project of this board of directors, based on lies and improvisation, leads to an astronomical amount of money to be spent.

"As I like Setien, I wish him luck. [I hope] he can apply his cruyffian philosophy, he remains faithful to his principles and above all that he has the courage and skill necessary to manage the environment in which he has put himself." 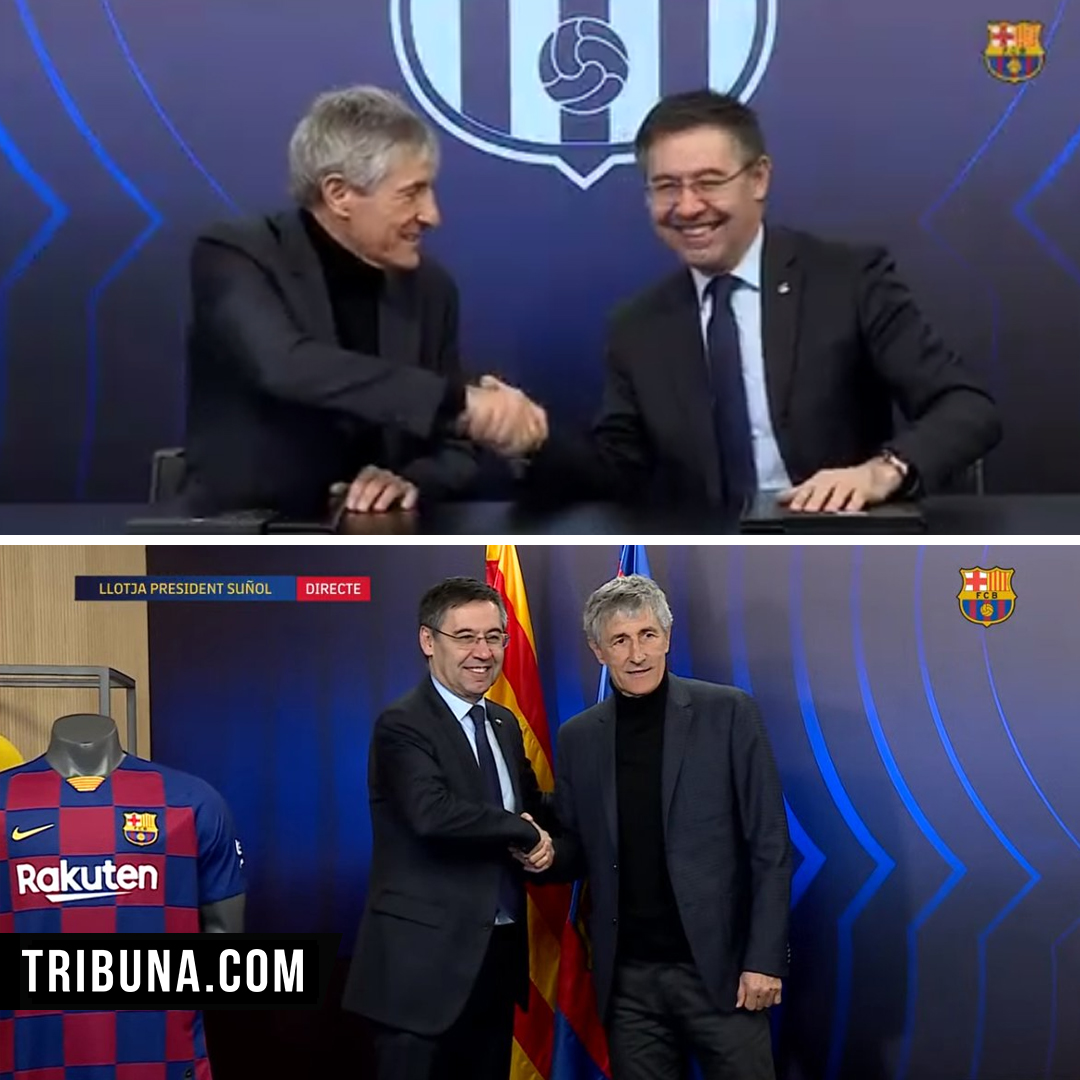 In case you missed, Quique Setien replaced Ernesto Valverde on January 13. The latter had a contract until June this season and beaching the contract means that the club has to pay compensation. For now, there isn't any official information on this.

Replacing coaches at mid-season is generally seen as a bad call. The last time Barca did so was back in 2003.

Joan Laporta is among the greatest presidents in Barca's history as he led the club to the 2009 sextuple. It was his decision to appoint Pep Guardiola, the man who built one of the best and most dominant teams in history.

I had a dream that coutinho came back to Barça and scored significant goals... I pray it comes true

soaga qudus7 days ago
Reply to a comment by Abiona

Monky 7 days ago
Reply to a comment by Abiona

Fuck yeah brother.. Under setien hell yeah.. He will use coutinho to all extent.. Remember setien is about players

Iheanacho Anderlech7 days ago
Reply to a comment by Abiona

good dream and may it come to pass, guess he will be useful and good under this new boss.

We know Quique will play sexy football. He must however watch his defence line so that we don't concede unnecessary goals. I personally believe in the new coach and hope that he will expouse the Cruyffian philosophy. We Barca family heartily welcome you to Camp Nou and wish you astounding success in all the competitions especially in the contest for UCL title.

if I'm to coach Barcelona, I will bring back neymal and continho and promote puig, and Todibo would have stay my formation will be like: Stegen/ Neto alba/fipo, Todibo, Umtiti/Leglet, semedo de young/ S. bus. Arthur/ S. Roberto Continho/ puig messi./ dembele neymal/ Fati Criezmann/ Suarez