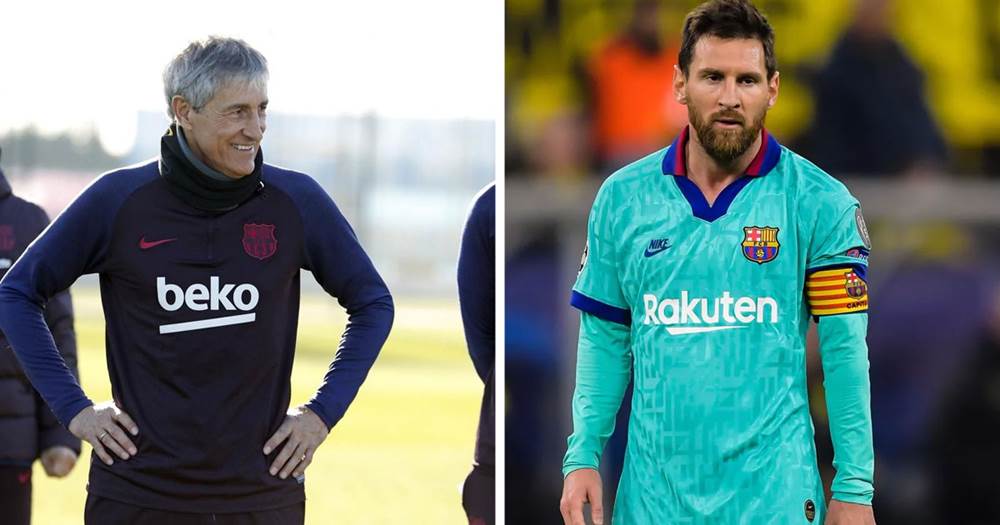 Quique Setien took over the team at mid-season but good results are needed right away. Will he have enough time before the big games start?

Big clubs usually don't change coaches at mid-term because it's always a big risk. The technicians often don't have enough time to implement their vision as good results are expected right away.

Here are Setien's first five games in charge at Blaugrana:

The first game against Granada is going to be a tricky one as Blaugrana lost 0-2 to the earlier this season. The La Liga encounter against Valencia is also going to be difficult. Los Che are in a much better form now than they were back in September when the Catalans thrashed them 5-2 at home.

Also, it's important to keep in mind the away cup game against Ibiza. The coach will most likely field a line-up made out of bench players and youngsters. However, he won't have much time to get to know them, as the match is set to be played already next week.

Check out Setien explaining his philosophy:

All in all, Barca are set to play up to five games in the space of only two weeks. Setien will have work hard to get the engine started as soon as possible.

How many matches do you expect Barca to win?

Barcelona will win all the five game

I wish you the best of luck, please lean from valvard mistake, and don't fear any fucking player to lose your job, on like useless valvard... you meet all the players, you are not the one who signed them, so do your job, and give our young ones chance, play our style we have lose for so long, since pep has gone, please bring it back and don't allow board to sign for you, and with Vidal you can't play our style , let him go to inter, and also make a sub in time not like useless valvard ...may God be with you and your family, I wish you the best of luck..🙏🙏🙏

adeleke107 days ago
Reply to a comment by Anthony Anthony