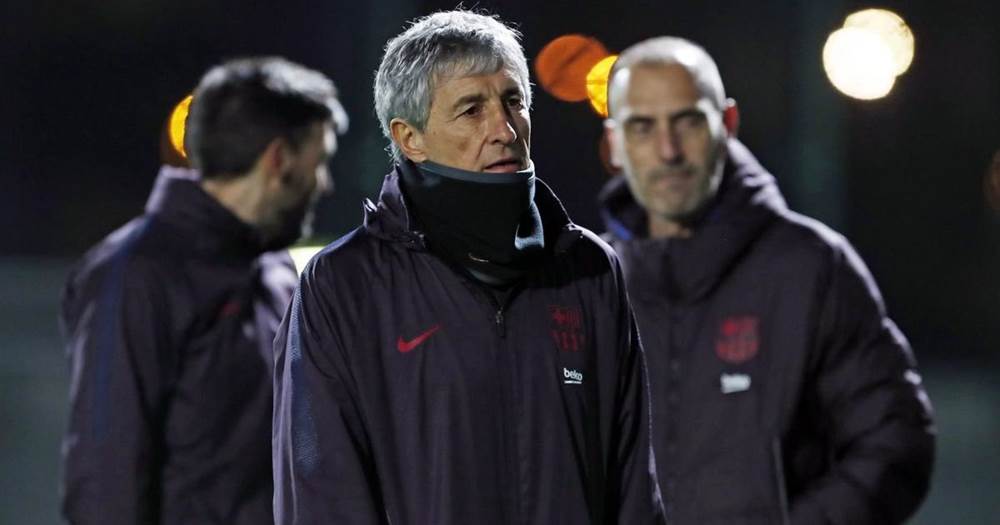 In football, just like in life, you should never lose your hope, that's what Quique Setien's case teaches us.

As it turns out, Barca's new coach has been rejected by two clubs last month. Evening Standard's Simon Collings has revealed that Setien had an interview with Watford FC a few weeks ago but nothing followed.

Meanwhile, BBC Brasil's Fernando Kallas reports that Setien's candidature was rejected by Brazilian heavyweights Sao Paolo. The reason for the rejection was that Quique wasn't too big of a figure to coach the club, the same source reports.

The 61-year-old himself admits that his career hasn't been the most successful one.

"I didn't think Barca could go for me, I have no honours, I don't have a great CV. I have this philosophy of play that I love and my teams play well. I didn't know if it was enough, but I am tremendously grateful. I didn't take five minutes to accept the offer," the coach said during his presentation at Camp Nou.

Still, there he is, getting the chance of his life at 61 years of age even after staying jobless since his departure from Real Betis back in May 2019.

🗣️ BIG TOPIC DISCUSSION: What tip would you give to newly-appointed Setien?
62 79
7 days ago

Signs of change? Setien calls for morning training on Wednesday despite scheduled rest
71 24
7 days ago

Now you have best chance to create a CV that no one could deny.