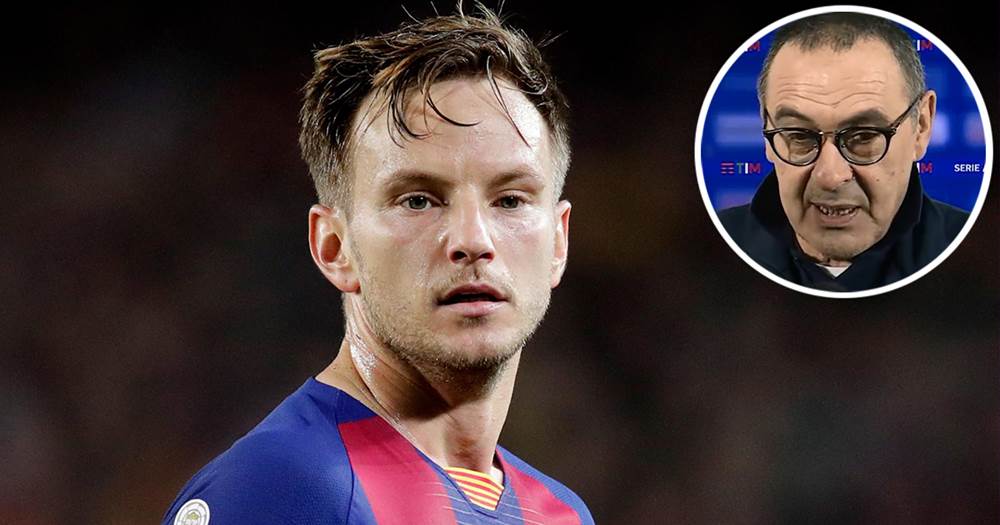 Juventus manager Maurizio Sarri has said that a possible swap deal of Ivan Rakitic and Federico Bernardeschi is just a made-up story.

At least nobody informed him about the opposite.

"Rumors of Federico Bernardeschi being swapped for Rakitic? Nobody said anything to me, so as far as I'm concerned, it's not an issue," commented Sarri.

Earlier on, it was reported by La Repubblica that the deal may go through already in January.

In fact, the outlet's report that the talks over such a deal started back in the summer. Back then, the Serie A champions were reportedly close to landing Rakitic but the move didn't go through after all. Juve are now determined to bring the Croatian while the winter transfer market is still open.

As for Bernardeschi, the 25-year-old can play both as an attacking midfielder and a right-winger. However, the Italian isn't too liked by Maurizio Sarri. So far, he has mostly been deployed as a substitute, making 19 appearances while scoring one goal and providing one assist.

Rakitic needs to be sold as soom as possible

He must have missed the conversation while he was on Smoke 💨 Break. 😂