Tribuna
/
FC Barcelona
/
News
/
'Lautaro and Neymar is not impossible' – but is it possible to have both in Barca XI? 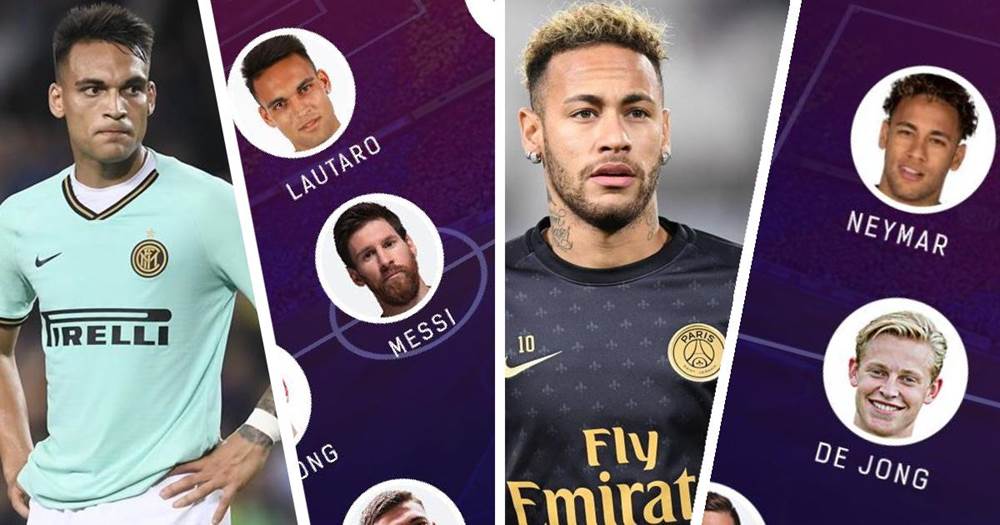 'Lautaro and Neymar is not impossible' – but is it possible to have both in Barca XI?

The Catalans could end up with a lethal attacking quartet if they land this duo.

The question is whether it's possible for Barcelona to have both attackers in their starting line-up. Tribuna.com's verdict: yes, it's possible.

Here are two potential line-ups to prove our point:

That's the system Barcelona have been used during the last years. Luis Suarez is replaced by Lautaro Martinez while Neymar returns to his favourite position as a left-winger. Leo Messi keeps his place on the right.

The only drawback of this formation is that Antoine Griezmann has no place in it. That's why there is another idea.

This system would see Leo Messi playing his favourite 'false nine' role once again. Lautaro Martinez takes his place as a centre-forward with Neymar and Antoine Griezmann on the wings. What a lethal quartet it may be!

Which formation do you like more? Do you have other ideas on how to field both Neymar and Lautaro in the starting line-up? Share your thoughts in the comments!

I prefer the second one but should b without busquet

Hamza Waheed11 days ago
Reply to a comment by Official_rizkidayo

Arwen Undomiel11 days ago
Reply to a comment by Official_rizkidayo

Hamza, Arthur would already be there. I’d like to see Puig and Arthur, with Frenkie in his proper place in the middle instead of Busquets.

Busquets are the best player in Spain that link midfield with defense, There no player in Spain includes Arthur can do that , yes sometimes he do big mistakes but no one can replace him

YNLead, what are u saying? Yes u are right but that was then not now? When last do u see him being called for Spain National team! I shouldn't be the one to tell u how many mistakes he made during Liverpool game alone. Busquest had been exhausted! We don use am finish. Playing every game, and nt even getting sub... He had done a great job for us, let him rest, his strength now fading, let the man rest! He is nt delivering wat he used to again! Play de Jong as d 4,let Arthur and Sm1 else explore the milfield. And my concern is nt even d decline in Busquest age but the fact that once u pressure d team, ppl like him will just feel like at least we've worn dis before and then got relaxed. We need young people who are hungry for success, see how this Ajax team are playing, they are all in for it, hungry for success nt all this old players that already have much silverware! This Barcelona too dey relaxed get it together man!

Sadibou Bajo11 days ago
Reply to a comment by Official_rizkidayo

Abbakar Sadeeq Bulyboi, griezman never deserved as a barca forward if not the attacking problems we're having and 120m is too much for him

Abbakar Sadeeq Bulyboi, of course yes, I support your statement

I prefer the second formation. But with all due respect to Busquets who is my favorite player I think by next season he should not be consistent in our starting eleven. I think its preferable he make room for the other younger midfielders..

Nyame Raphael11 days ago
Reply to a comment by telliot

I prefer the second formation but Arthur should be the pairing with De jong while but busquets comes as a substitute, And we still a central back the likes of koulibaly or Nunez.