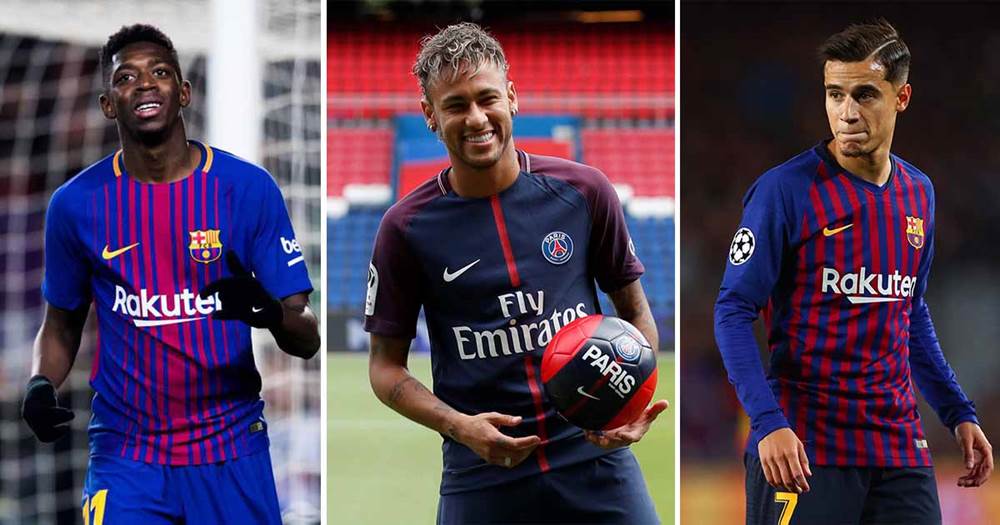 Speaking on the Sin Concesiones show, former Barcelona vice-president Jordi Mestre said that the arrival of Ousmane Dembele and Philippe Coutinho was a forced measure after Neymar left the club in 2017.

"When Neymar left, we had to cover his departure," Mestre explained.

"The clubs knew we had money and the need to sign someone, that was a problem."

Mestre added that both players were on a different level back then.

"At the time of signing Coutinho and Dembele, they were superstars."

Philippe Coutinho arrived at Camp Nou in January 2018. Despite an impressive start to his Barcelona spell, the Brazilian's form started to decline and he rarely made it into the starting XI. In the summer, Coutinho joined Bayern Munich on a one-season loan.

As for Ousmane Dembele, the Frenchman continues to suffer from numerous injuries. Having picked up his latest, the 22-year-old got ruled out until the end of the season.

Neymar left Barcelona in August 2017. Josep Maria Bartomeu's intensive efforts to bring the Brazilian back were supposedly the reason for Jordi Mestre's resignation in the summer of 2019.

Jordi Mestre: 'Neymar? No one knew he would leave because he didn't tell anyone'
44 4
8 days ago

Selling Neymar big money 💴 did not even help us. Useless board

The board did well with the Money to buy Dembele and Countinho, the coach destroyed Countinho's talent, Dembele's problem is injuries. I can remember everyone was excited about those two signing. To this I don't complain about the board, the're onl problem is leaving Valvede to continue coaching the team after the loss to Liverpool

misuse by the board