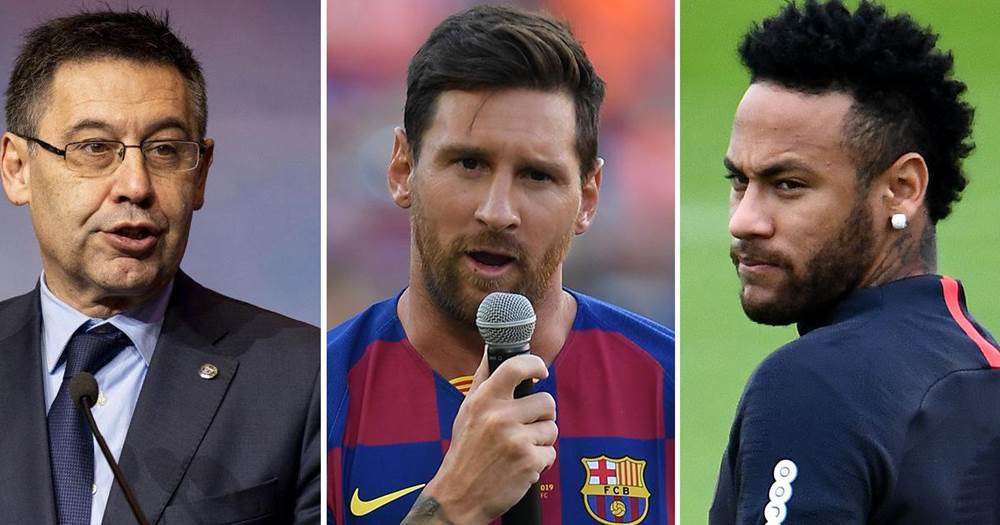 The former Barcelona vice-president Jordi Mestre has lifted the lid on his club's failed pursuit to bring Neymar back last summer.

Mestre confirmed that it was Leo Messi who was behind the whole idea. He told Radio Marca: "Messi directly asked [Josep Maria] Bartomeu for the return of Neymar, but he didn't put pressure on him."

Several weeks ago, ESPN's journalist Simon Kuper revealed that Messi has an 'alleged power' at Barcelona and was behind Neymar's failed return last summer.

Messi forced Barcelona to enter the bidding war for Neymar last summer. The Argentine asked the club to sign Neymar but the club didn't believe the injury-prone star is worth €200million.

Clearly, Barcelona didn't want to somehow put the relationship with Messi at risk. That's why they simply pretended to chase the Brazilian all over the summer. Eventually, the transfer failed and Barca's bosses told the Argentine they did everything in their power to bring Neymar back.

As for Mestre, he officially left his post as Barcelona vice-president back in the summer of 2019 after a conflict inside the club's board.

Messi publicly explained why he wants neymar back at Barca.

Lawal Olawale7 days ago
Reply to a comment by Ridwan Kareem

@Ridwan Kareem The source is from ESPN not Mr Admin... Read well