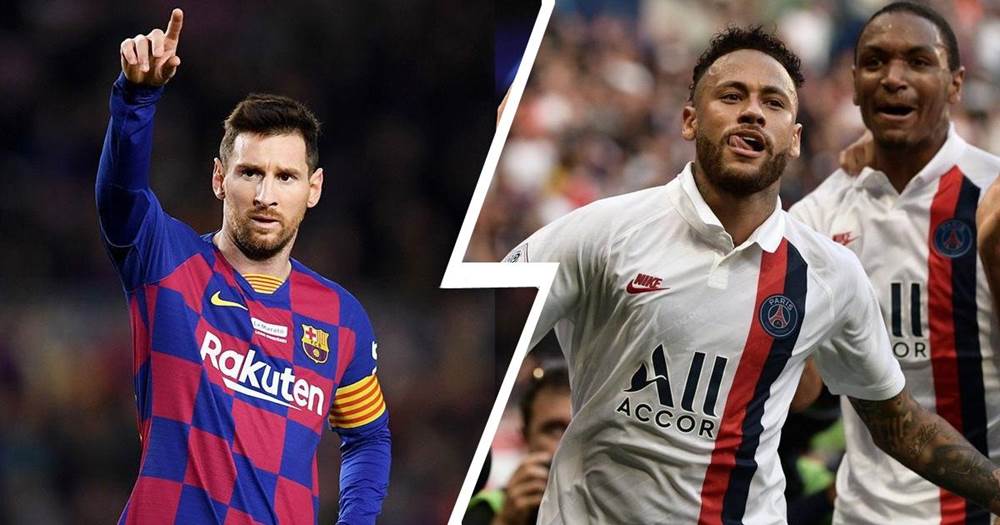 The report says that Barcelona will reignite their interest in the Brazilian in order to prevent Leo Messi from leaving the club in summer. Several sources indicate that the Argentine has a clause in his deal which would allow him to leave for free already in 2020.

El Confidencial add that there is no secret that Messi wants Neymar's return which is why Barca's board would have to grant him this wish in order to 'keep their marksman happy'.

We should mention that El Confidencial isn't the best source when it comes to Barcelona's transfer news. There is a huge possibility that this is just a made-up story.

Still, there have been talks that Messi was behind Barcelona's failed pursuit to bring Neymar back last summer. It was confirmed on Wednesday by Barca's former vice-president Jordi Mestre.

He told Radio Marca: "Messi directly asked [Josep Maria] Bartomeu for the return of Neymar, but he didn't put pressure on him."

good to hear that . and messi deserves that. even messi knows that there is no one who can keep up with him. he deserves a world class team. all these years Barcelona have been so much unfair to messi. we have made him suffer on so much occasions .why?? simply because the team has always failed to keep up with him.to help him. i think messi has few years left in Barcelona and in his years left now we should serve him better. to win champions league rather than making him struggle on the field. messi deserves good from barcelona. after what he has done all his life on the field for barcelona. we should reciprocate what he did and still doeses.

Titolaw 6 days ago
Reply to a comment by Santy Walmiki

Milano Milan6 days ago
Reply to a comment by Santy Walmiki

Let’s put our self in Messi place , carrying you team on your back , with no results for sure time will come to say Enough is Enough

Brooke Renny6 days ago
Reply to a comment by Sphah

I see Griezman as a bad signing ,the guy has failed to perform,he cant even take on a single player, he is just doing pass me pass you

Brooke Renny6 days ago
Reply to a comment by Sphah

Griezman is a bad signing, cant control the ball

Tapiwa B Nyadowa4 days ago
Reply to a comment by Sphah