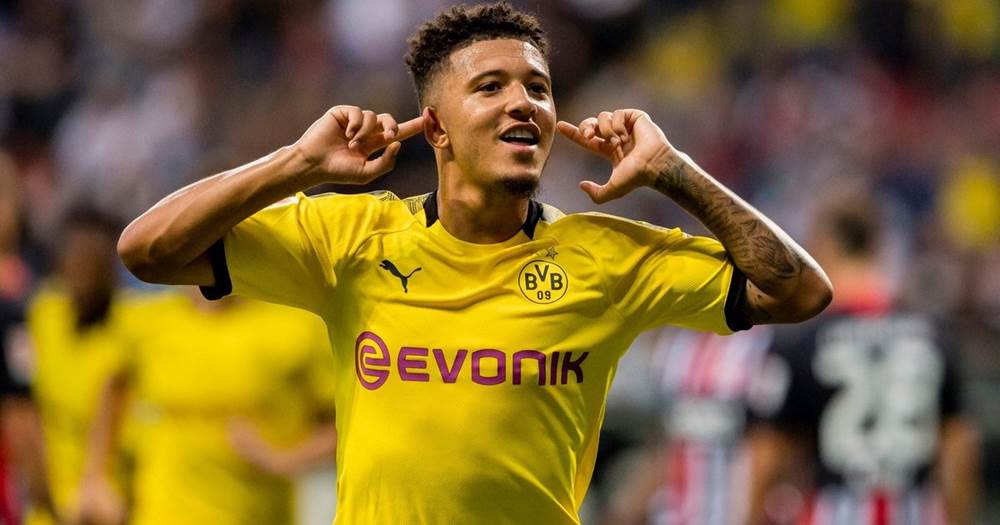 According to the Sky Sport, Barcelona have joined the heated race for Borussia Dortmund's huge talent Jadon Sancho this summer.

Five other European heavyweights are believed to be in the same race: Liverpool, Manchester City, Chelsea, Manchester United and Bayern Munich.

Other sources, including Daily Mail, name Real Madrid as the mysterious seventh contender for Sancho. However, Los Blancos' attacking line is already packed. Moreover, their main priority is believed to be Kylian Mbappe.

Dortmund are expected to ask at least £100m for the England starlet.

Still, Sky Sport's journalist Kaveh Solhekol has added Sancho could stay at Dortmund despite the huge interest from other clubs.

He said: "He is not going to leave Dortmund unless he goes into an environment in which he thinks he can develop, and that means really he has to have Champions League football."

By the way, Manchester United may now miss out on Sancho's signing as they are only 8th in the Premier League table.

Sancho has attracted a lot of interest from Europe's top clubs. The 19-year-old had a breakthrough season last term. The 19-year-old made 43 appearances across all competitions, scoring 13 goals and providing 19 assists.

Jadon doesn't seem to be slowing down this campaign either. In 29 matches so far, the winger has recorded a solid tally of 15 goals and 17 assists, including 12 goals and 14 assists in 19 Bundesliga fixtures.

Despite such a young age, the former Manchester City Academy kid is already a regular for England. The wonderkid has won 11 international caps. Last September, the attacker scored his debut goal for the Three Lions - a brace in the 5-3 win over Kosovo within the UEFA Euro 2020 qualification.

the scouting department and sporting director at Dortmund keep churning out talent after talent year after year.they have the right to sell their players at what ever price after all their hard work,not like a sporting director who sells his own players for peanuts

VISCA BARCA5 days ago
Reply to a comment by Gibbs

I wish we had their Scouts and sporting director