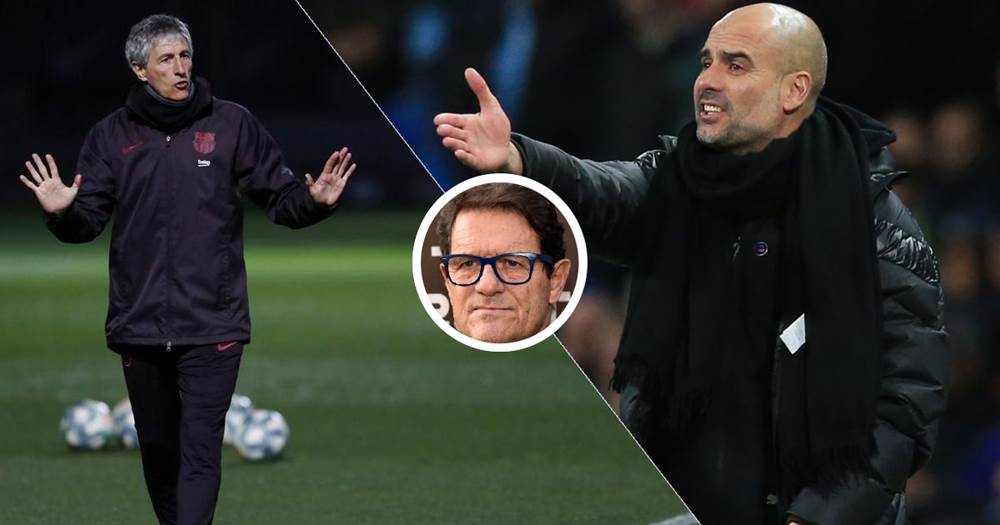 Legendary coach Fabio Capello has given his verdict on Barcelona's recent changes under Quique Setien.

He told Diario AS during Thursday's Bilbao Football Summit at San Mames: "I liked Barcelona how they were before. The current side spend too long just passing the ball about the pitch, without getting near the opponents' area then hope that the genius, Leo Messi, conjures up some magic."

It's true that Setien is currently trying to reinvent the tiki-taka at Barcelona. For example, the Catalans registered 74% possession in the 2-0 Valencia defeat which was their second-best result in a loss this season.

He added: "Guardiola has changed a lot. You watch Manchester City play and the high-possession, the passing game has gone. He understands that you have to keep changing and evolving if you want to continue winning."

Pep Guardiola stays humble: I never felt like the best coach in the world
48 5
7 days ago

what is wrong with some barça fans, were you please with valverde? some random person who doesn't know what we are passing through just gave a baseless comment and you all agreed. setien has just been on with seven games, give him the time this team will produce creativity. even the guardiola, Messi still dictate the victory sometimes with his brilliant plays not to talk of now the whole system is damaged

he is right...pep and Enrique were the best we could ever produce as coach...

Jossy Emeks5 days ago
Reply to a comment by Dino Lazarus

He just overseers 7matches as barca coach, so there's more room for quality games ahead under Setiens.

Jo Max5 days ago
Reply to a comment by Dino Lazarus

remember Pep had Messi, Henry, Et'ooo, Xavi and Puyol, Enrique had Messi, Suarez, Neymar and Iniesta, But now Setien has only Messi at the moment.