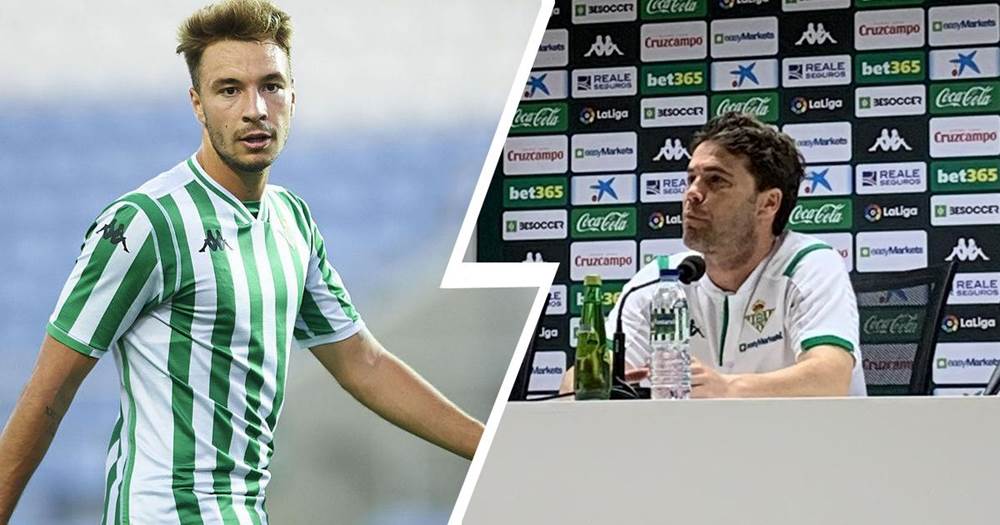 He told the assembled media, as quoted by Onda Cero: "Loren won't leave because we don't want him to go at all. There are clauses that are there to break contracts... But he's really important to us."

Rubi added: "It's 99% that his transfer to Barcelona won't happen."

On Thursday, Marca reported that Betis rejected Barca's  €15-18m bid for Loren. The striker has a €40m release clause and the Verdiblancos supposedly wanted the Catalans to pay the full sum.

Betis have only two strikers in the squad, Borja Iglesias and Loren. Letting one of them leave could cost them dearly.

So far this season, the 26-year-old attacker has contributed with 10 goals and three assists across 25 matches.

Barcelona are now looking to sign a striker as their options in attack are limited at the moment. Luis Suarez and Ousmane Dembele are both out with injuries.

Meanwhile, it's Getafe's Angel Rodriguez who is believed to be Barca's priority target mid-season. Sport claim his transfer could be announced as soon as the Catalans receive official permission to make an emergency signing from La Liga.

Home game is our favourite

we don't need to waste any money on signing player to replaced Dembele , let's give fati chances to improve himself then summer we can bring in Lautaro and Neymar