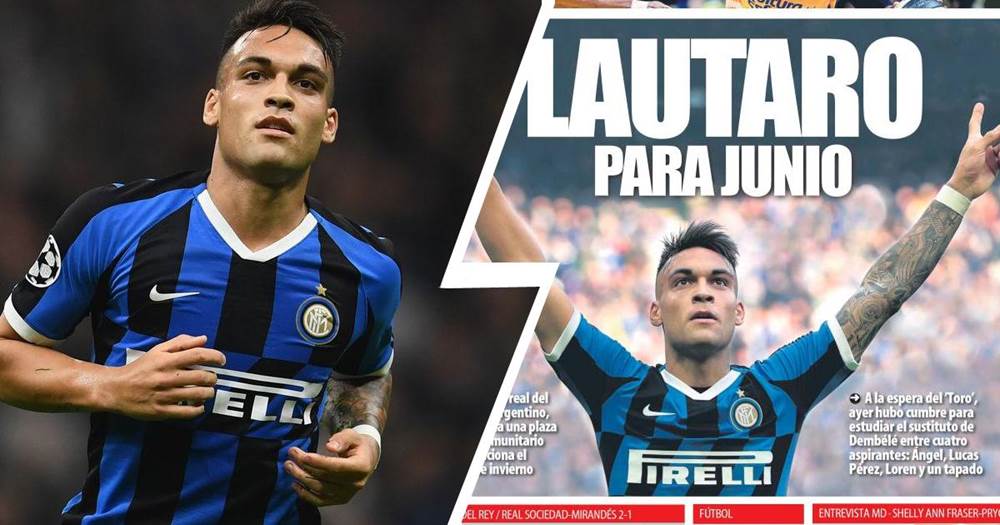 'Lautaro in June': Barcelona said to prioritize Martinez's arrival but his non-EU passport could pose problems

According to Mundo Deportivo, Inter Milan's Lautaro Martinez is believed to be the top target for Barcelona this summer.

The Catalans are reportedly ready to secure his signing already in June, the same source adds. This was decided during Thursday's summit between the members of the club's board.

Still, even though Lautaro remains Barcelona's priority for the summer, the Catalans need to make an emergency signing in light of Ousmane Dembele's's long-term injury. And Lautaro could pose one significant problem.

Barcelona currently have just one vacant spot in the squad for a non-European player. It may be taken by Ronald Araujo who is believed to be Barca's back-up centre-back.

However, the Catalans are now unlikely to sign a striker without EU citizenship to cover up for Dembele this winter. The vacant place belongs to Lautaro, Mundo conclude.

As a reminder, each La Liga side are only allowed to have three non-European players within their squad. Arthur and Arturo Vidal occupy the first two spots. Still, the Chilean could be forced to leave the club in summer.

By the way, Barcelona's situation with the non-EU quota is much better than Real Madrid's one. Los Blancos have Vinicius, Eder Militao and Rodrygo which severely limits Lautaro's potential transfer.

Lautaro in, Rakitic out: Potential Barca squad next season
41 37
5 days ago

We missed the chance to sign him back in 2016 when he played for Racing Club because we had Suarez at that moment,he would have cost us less than 20euros and now we need to pay over 100m euros for his signature,we need to catch the talented young players young and they will be ours forever

I'll believe it when it happens. There have been too many promises and rumors, which never pan out and then we end up with Boateng. 😄 Sign Lautaro and bring back our prodigal son, and then let's talk. Until then, let's all be calm and leave the champagne bottles corked.

I know he will not go to Real Madrid