Tribuna
/
FC Barcelona
/
News
/
Quique Setien: 'De Jong has no limit, I don't know how far he can go' 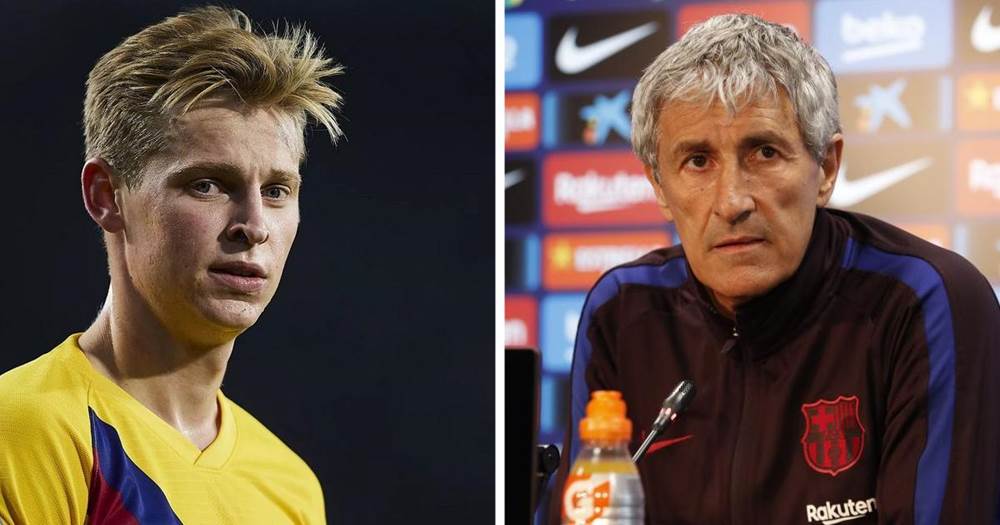 Quique Setien: 'De Jong has no limit, I don't know how far he can go'

He told the assembled media, as quoted by Mundo Deportivo: "Frenkie de Jong is a player that wants to keep learning and improving, which is why I said he has no limit, so I don’t know how far he can go. He does well every training session. I hope he can keep growing, and keep improving."

De Jong has recently significantly upgraded his attacking skills. He has registered five shots in his six games for Barcelona under Quique Setien, according to Opta. This is two more than in 26 (!) games under Ernesto Valverde.

Besides, De Jong scored his first goal for Blaugrana since September 14 in the game against Real Betis on Sunday..

Quite paradoxically, Ten Hag also said that it makes no sense to use Frenkie as Sergio Busquets' replacement as well.

Editorial
Back at his best? De Jong's superb display vs Betis analysed in 5 key points
63 10
9 days ago

Valverde is not a barca coach.Have said this,and I will continue to say it.Valverde coach experience can't compared to barca team.There are teams that will fit Valverde not barca football club