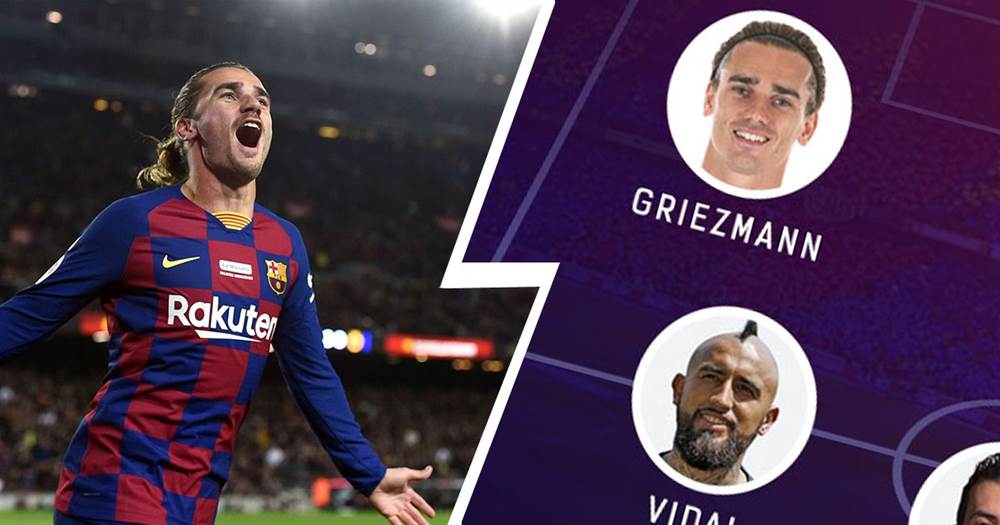 🤔 Griezmann on right, left or centre: Select your ultimate XI vs Getafe from 3 options

Barcelona are set to take on third-placed Getafe at Camp Nou on La Liga matchday 24.

Barca's short squad might be the toughest challenge Quique Setien is currently facing. He needed to call up three players from Barca B to complete the squad for the upcoming match vs Getafe.

Clement Lenglet, Barca's starting centre-back is suspended while Luis Suarez and Ousmane Dembele are out injured.

What starting XI should the coach choose to win the match while also keeping everyone fresh? 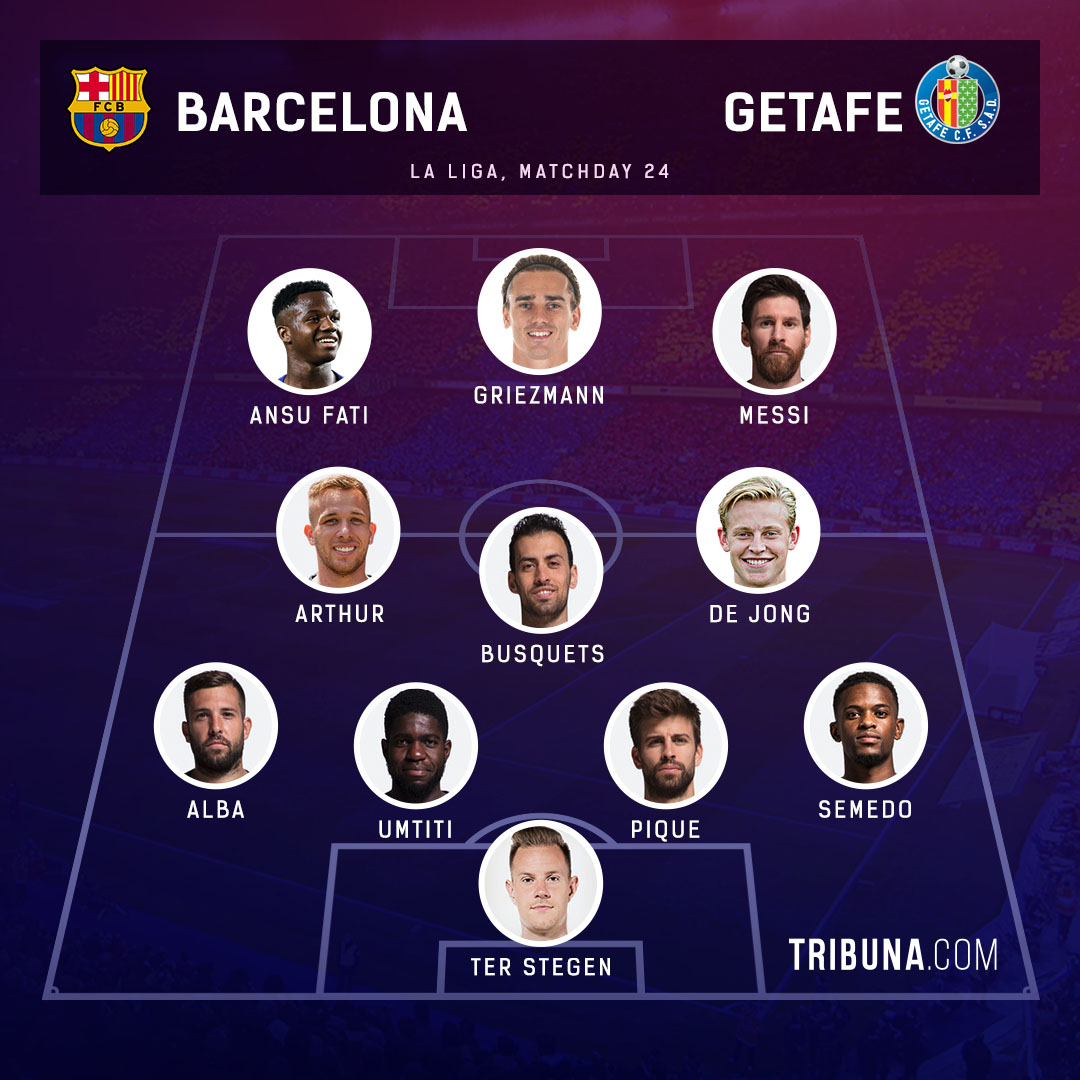 This is how Barca's optimal XI would look like. Arthur would get his first start in a while after several good performances off the bench. The only drawback would again be Frenkie de Jong playing in a more attacking role. 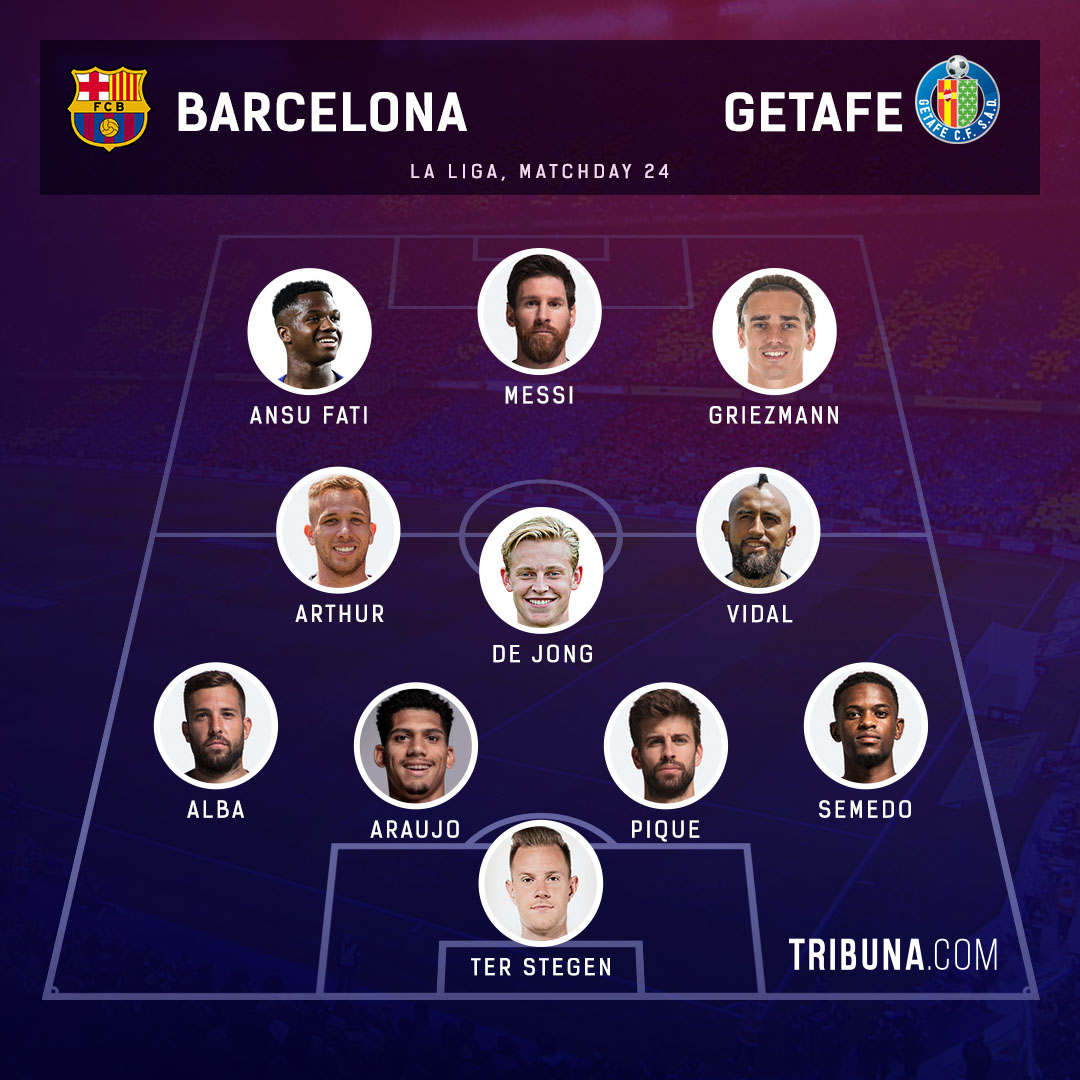 Considering how injury-prone Samuel Umtiti has been since the 2018 World Cup, the coach might choose to leave him on the bench. As a reminder, he has been doing individual work this season and was given the medical green light one day before the match.

So, Setien might choose to start Barca B's Ronald Araujo instead. Besides, De Jong could replace Sergio Busquets in the pivot role, with Arturo Vidal returning to the starting XI. Busquets certainly deserves some rest.

In attack the names don't change, only their positions do.

Option 3 — The conservative one 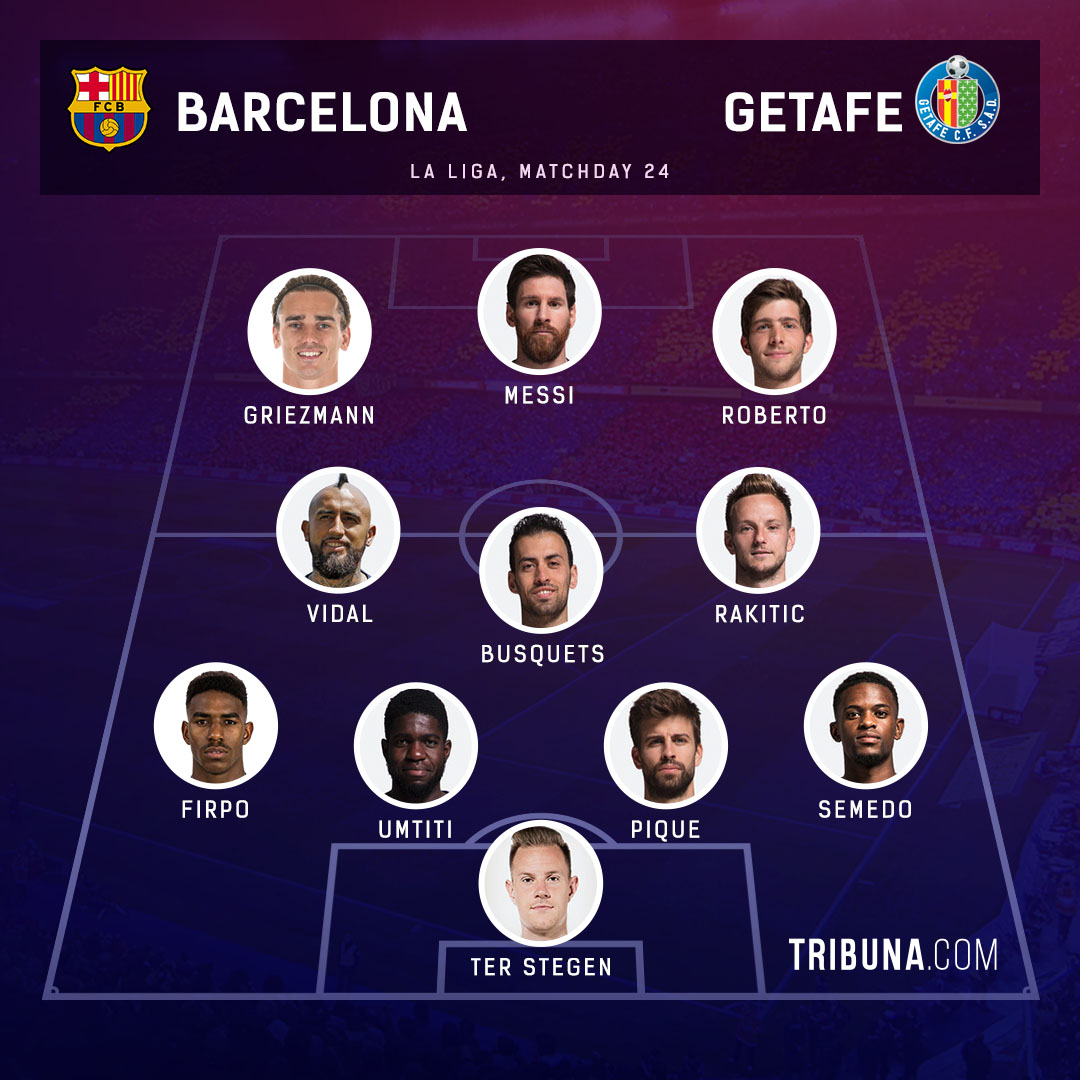 Barca desperately need the win as they as we are trailing three points to Real Madrid. So, Quique might decide start with a midfield of Vidal-Busquets-Rakitic and play Sergi Roberto on the right flank.

Junior Firpo could replace Jordi Alba as the senior left-back likes to attack. This puts Barca in danger as he usually leaves free space behind him.

Option 2. We have to rest S . busquet , let De jong play his favorite role along, Vidal and Author, Great lineup