Tribuna
/
FC Barcelona
/
News
/
'Today the best player in the world is Cristiano Ronaldo': Pele weighs in on Messi-Ronaldo debate 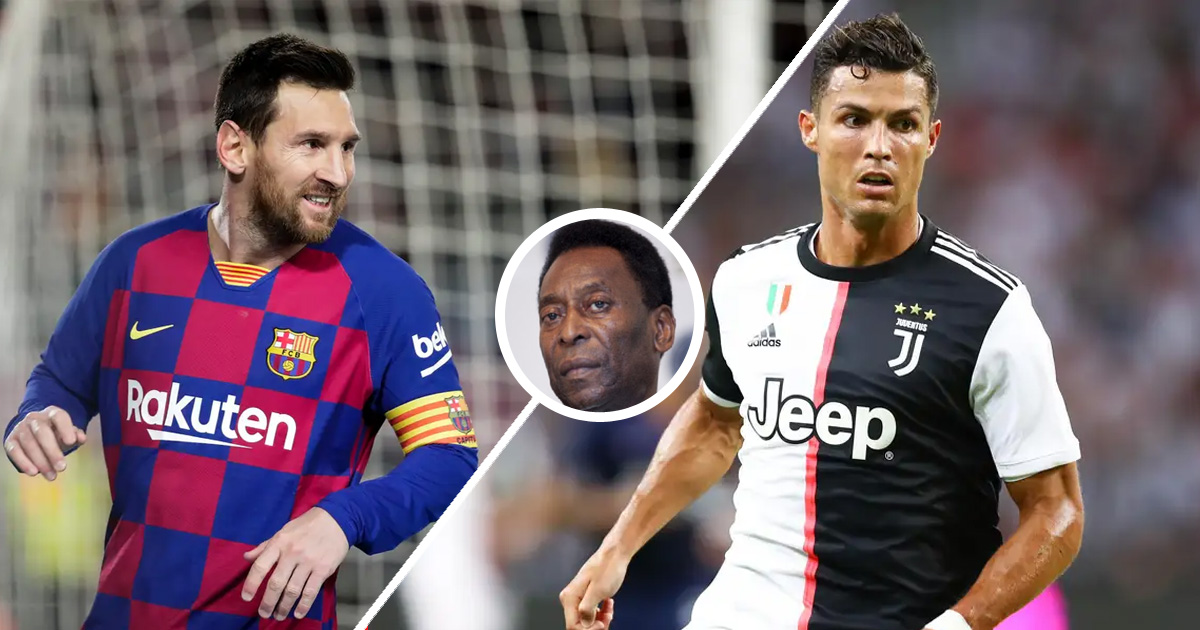 'Today the best player in the world is Cristiano Ronaldo': Pele weighs in on Messi-Ronaldo debate

Brazilian soccer legend Pele has weighed in on the eternal debate on who the better player is between Argentine maestro Lionel Messi and Portuguese sharpshooter Cristiano Ronaldo.

The former Selecao star chose the Juventus winger ahead of his South American counterpart.

He was quoted by The Sun: "Today the best player in the world is Cristiano Ronaldo.

"I think he’s the best, because he’s more consistent, but you can’t forget about [Lionel] Messi, of course, but he’s not a striker.”

Pele also mentioned a couple of players he rates as contenders for the 'greatest of all time' title but maintains he remains number one on the list.

He added: "It is a question that is difficult to answer. We cannot forget about Zico, Ronaldinho and Ronaldo.

“And in Europe, Franz Beckenbauer and Johan Cruyff.

"Now, it’s not my fault, but I think Pele was better than them all."

This is not the first time Pele would speak on the Messi-Ronaldo debate. In 2018, the Brazilian picked Messi over the Portuguese.

Barca fans, what do you think about his latest comments?

Barcelona
Michael Carrick on Messi-Ronaldo debate: 'Leo's only predictable at being unpredictable'
52
4
23 days ago

Barcelona
The end of Messi-Ronaldo rivalry? Cristiano is no longer even top-5, claims ESPN pundit (video)
2
0
6 months ago

Oscarlicious💥
9 days ago
•••
Reply to a comment by Kromah Musa

Kromah Musa, exactly I think he even go for lingardinho😂😂😂

Xtremo
9 days ago
•••
Reply to a comment by Kromah Musa

that's why he said today 😂

barcafan24
9 days ago
•••
Reply to a comment by Kromah Musa

Don’t call me a fool cuz I don’t know u and I sure hell didn’t invite u here to call me names.

he claims messi is not a striker but scored 627 goal.he doesn't know what he is doing

Somebody give Pele his medicine cause he’s losing it. Somebody else tell him that we have a lot of respect for him, so if he’s losing sight he should simply speak up and we’ll give him a pair of glasses 👓 so he can see better who’s the best.

Pele is sick at the moment.... Old age is a disease for him.. I wonder why you'll keep on asking about football from a man whom bearly remember his childhood...