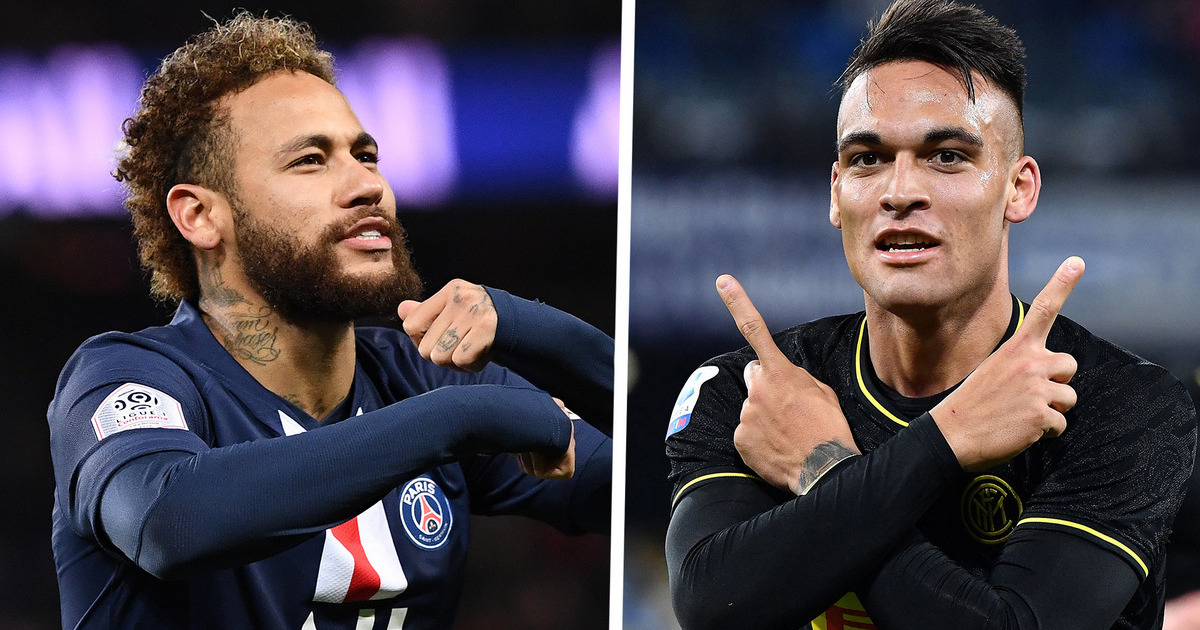 Barcelona could possibly face Neymar-Lautaro dilemma because of coronavirus crisis

According to ESPN, Barcelona have suffered a huge transfer blow. The source believes the financial situation at the club wouldn't allow the Catalan giants to sign BOTH Lautaro Martinez and Neymar which was supposed to be Barca's main priority in summer.

Now, Barca have to choose between two attackers.

ESPN explain that Barcelona are preparing for major losses following the indefinite suspension of the games. The club won't receive either the matchday or the television revenues until the games are resumed.

The potential transfer fees for Lautaro and Neymar combined could reach a staggering €300m. The Argentinian has a €111m release clause. Meanwhile, the Brazilian's price tag could be imposed by FIFA.

As we've explained earlier, there are FIFA regulations to protect the players without a release clause after their third year of a contract which is exactly Neymar's case.

It means FIFA would set price for Neymar rather than PSG who made the winger's exit impossible due to a hefty price tag last summer. If FIFA intervene, his price wouldn't be more than €170-180million, as several sources predict.

Lautaro or Neymar - which one would you choose?

It's a tough situation but let's analyse it very well, the most important one must come first, Lautaro and Neymar are two different attackers, we would have loved to have both but that seems quite impossible so possibly we need to choose one and I will go for ( LM)Lautaro Martinez giving that we need a Center Forward more than a Winger as we speak now,we have enough wingers with the likes of:; FATI (17yrs)who is very good with the potential to be better, DEMBELE (22yrs)who is very sharp and skillful just that he is unlucky with injury, BRAITHWAITE (28yrs)another strong and smart winger, TRINCAO (20yrs)who will be joining the team in July another young and intelligent winger,ALEX COLLADO (20yrs)too is very young and skillful who we can count on the wings, now how many Center Forwards do we have at the moment,:Suarez(33yrs) and possibly Griezman (29yrs) at least Lautaro is young and has someone to replace (Suarez or Griezman) and giving that both players (Lautaro and Neymar)has huge prices we need to sign for the future,Neymar is 6yrs older than Martinez, having Messi,Braithwaite, Dembele,Fati, Collado and Trincao all as wingers a player like Lautaro will be scoring for fun

your analysis is enough for the board to make right decision

Uniben Matas, thank you my brother 👍🙏

is like you read my mind brother, that's the best for barca with his seriousness.

🦅DreamVille🦅
10 days ago
•••
Reply to a comment by De Whiteman

You somehow sound right and kinda wrong, I’ll prefer neymar because we already have suarez, griez and Chris Brown to use as Centre forwards. Just take a look at the number of times the coach has used midfielders on the wings instead of wingers, Vidal has played there for like 3-4times, Roberto has also done same and nothing better came from that left flank of attack with those midfielders there but just imagine Neymar on the left flank, he’s a pure and typical winger, causes havoc to defenders all the time despite his injury numbers but I believe he would succeed and overcome his injury problems when he comes back. So to me I prefer neymar over Martinez. That’s my opinion tho

U're right bro but I will prefer Neymar

Neymar and Lautaro even if Neymar is 40yrs I will choose Neymar ahead of Lautaro bcoz we all know what Neymar is capable of doing, he was there before and don’t forget it’s not everyone that can adopt to Barca’s play as we can tell the likes of coutinho , dembele n even griezmann are still struggling with their 100m+ signings. Bring Back The Poster Boy 💪🏾

NDUBESTEMMANUEL EMMANUEL
10 days ago
•••
Reply to a comment by Papi👑

and you forget that Neymar and alba don't like each other, and he like play with ball too much even when barca is losing, you also forget that the midfield that he understand are no longer there, in the like of Xavi, Iniesta and Dani Alves

Neymar is not playing any better at PSG as compared to how he played at Barcelona, Paris bought him at such amount mainly for UCL and not because of Ligue 1 and Coupe de France but he appears to be a local champion for them

buying Neymar now ahead of Martinez would be a big mistake in the sense that,we need a player to replace our aging Suarez and Neymar is not the right man for that,Neymar is a good player but the fact is we don't need him,we have young and growing wingers who can do better just like Neymar, we need someone who replace will replace Suarez and Lautaro is up to the task

De whiteman we don’t have any player who can do better than Neymar just be serious pls, the golden era of Barcelona producing players is gone this Barca prefer buying than giving the kids the chance,even since we sold Neymar we bought Coutinho for 140m dembele 100+m griezmann 120m note griezmann is even 28yrs old why didn’t Barca gave Abel Ruiz the chance ? We waisted 300m jux to replace de poster boy n non of them were able to prove themselves.. Note: not everyone comes to Barca n succeed not even if u were bought for 10000m

And who said Neymar is not surrounded by good players, PSG is the team with good players for about four years now,:: Neymar Mbappe Cavani Icardi Di Maria Verratti Draxler T.Silva Kimpebe Pablo Sarabia Navas and a whole lot, Neymar even played with Daniel Alves at PSG so is not alone in Paris

Are you kidding me? If good players win the champions league why didn’t Barca who had Messi ( the best player ) win it every year stop the blind argument pls.. When dembele is fit he won’t be near Neymar at all there is a lot of distance between them and also u r talking about trincao he is just a boy who hasn’t played for Barca yet n u r here saying he is just a player we want, lol.. You have to be serious pls bcoz players with better qualities than him came and they were no where to be found, at least u wait n see him in Barca shirt b4 u say a fin a like it

Foyez
10 days ago
•••
Reply to a comment by De Whiteman

De Whiteman, how can u guarantee Martinez would succeed in Barca? Player like Griezmann still struggling to adapt to Barca system. Can't u see barca lost attacking abilities from flank. Barca also now can't penetrate through middle because Arthur, Raki, vidal, De jong isnt creative enough. Its all up to ar Messi now a days to do all the job. We need a leader who can take away some burden from Messi, be a leader in his absence. We have enough worker but we need true leader beside Messi. Neymar is needed when Messi needs to relax, Neymar is needed to handover the baton of clubs footballing philosophy. Neymar is needed to be our poster boy after Messi. Neymar is needed to show our gratitude towards Messi. Messi wants Neymar not because he is his friend but he knows Neymar is the proven next best after him. If u r dumb enough to trade a soldier with a Commander then u r welcome.