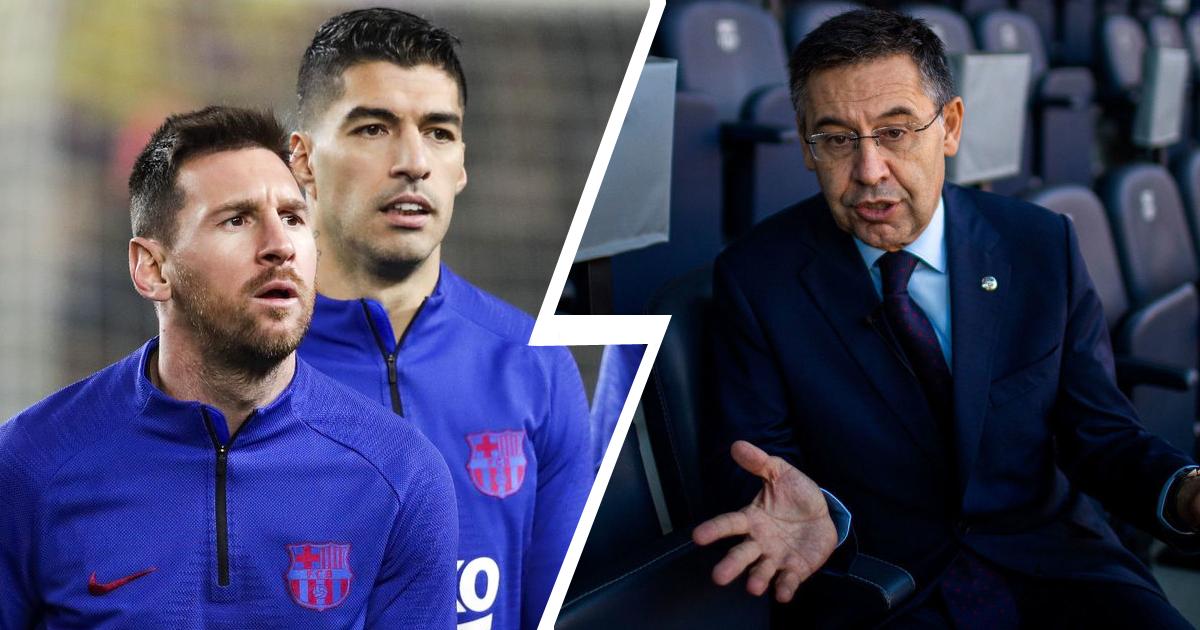 It's not a great gesture from Barcelona stars...

According to both Diario AS and ESPN, Barcelona's first-team players have refused to take a pay cut to help their club during the coronavirus pandemic.

The suggested measures would affect all of Barca's professional teams. However, the men's team could 'suffer' the most given they earn €500million annually between them.

In any case, AS state that Barcelona could force the players to take a pay cut. The club could use Spain's temporary redundancy scheme which would see all of the club's sports teams losing 70 per cent of their salaries.

Barca could turn to this drastic measure even without their players' consent because of the current State of Emergency in Spain. AS believe it would be the club's eventual decision in order to prevent major financial losses.

The club's board and the players have been discussing this issue since Friday, as per multiple sources.

Previous reports suggest that Barcelona could lose up to €160million if the current season is cancelled. The club won't receive television and matchday revenues which form the major part of their annual income.

Anybody who refuse to take a pay cut can pack up his bag. We’re already looking to get rid of most of them. So they can make it easy for us to sack them.

You kinda contradicted yourself. One minute you agree that Konami should have stopped Roberto playing pes because it's in their interest. But taking a pay cut isn't in the players interest as its the boards fault. Also most people would refuse to take a 70% pay cut so you can't blame so and say to kick them out. Especially when players like Messi donate millions to charity

It’s the board fault ?? How ? The situation which is corona, is completely independent of the club.

If the board can’t afford their wages I won’t blame them for that and the players should also understand the situation the club is in.

How is it not the boards fault? They have spent millions on flops for such unneeded amounts of money. Griezmann - 120m dembele-140m Coutinho-160m etc if we didn't spent it we could easily pay their wages

Kromah Musa, Also the wage structure is a disgrace maybe if they had lower wages it would be easier to pay

They spend money on players lavishly - TRUE but that never stopped them from paying their players. Now why the wage reduction?? Because players wage bills for the season are budgeted on the expectation of income from TV broadcast fees, sponsorships and ticket sales, which are all being scaled back or disappearing. So the main source of their wages income is dry, not thanks to the club, but to the coronavirus.

Kromah Musa, I do agree, the players do need to understand why they need have a percentage out of their wages taken because of the corona virus however I also belive they are struggling to accept it is because on a personal level I'm not sure many of the players are happy with the board

Kromah Musa, we know barca's revenue is massive n biggest but that is also true that corona virus has affected it badly n if the club will pay all the wages there will be financial mess so i agree with u every single club is asking their players to take the paycut but it shouldn't be 70%

zoki
8 days ago
•••
Reply to a comment by Kromah Musa

why should they receive a 70% paycut?? fuck you guys... would you like it if your job took $70 out of every $100 you make??! hell no!!! the board has been mismanaging money and they want the players to make it up?! fuck that! it's not like the board want to use that money to help with the emergency crisis.. I'm with the players on this one!! not 70% I stand with the players

I work for American Airlines in New York and guess what ? When this virus started to get outta hand, we laid off about 70% to 80% of our agents due to airport being close, not completely close but no international flights and few domestic flights - that’s where money comes in. No flight - no money to pay the airport and it’s employees. So, players wage bills for the season are budgeted on the expectation of income from TV broadcast fees, sponsorships and ticket sales, which are all being scaled back or disappearing. This is not a Barca thang, every club is going through this and are asking their players exercise some sense of indulgents.

Terrible gesture from the players. Already minted with a ton of money cannot take a pay cut. I understand messi donated 1million, but for him that money is nothing, players need to stand up and make the right decision before this whole pandemic goes out of control.

Kromah Musa
8 days ago
•••
Reply to a comment by Campeones!

Campeones!
8 days ago
•••
Reply to a comment by Kromah Musa

Well the players clearly forgot what La Masia has taught them, I’m ashamed at them...