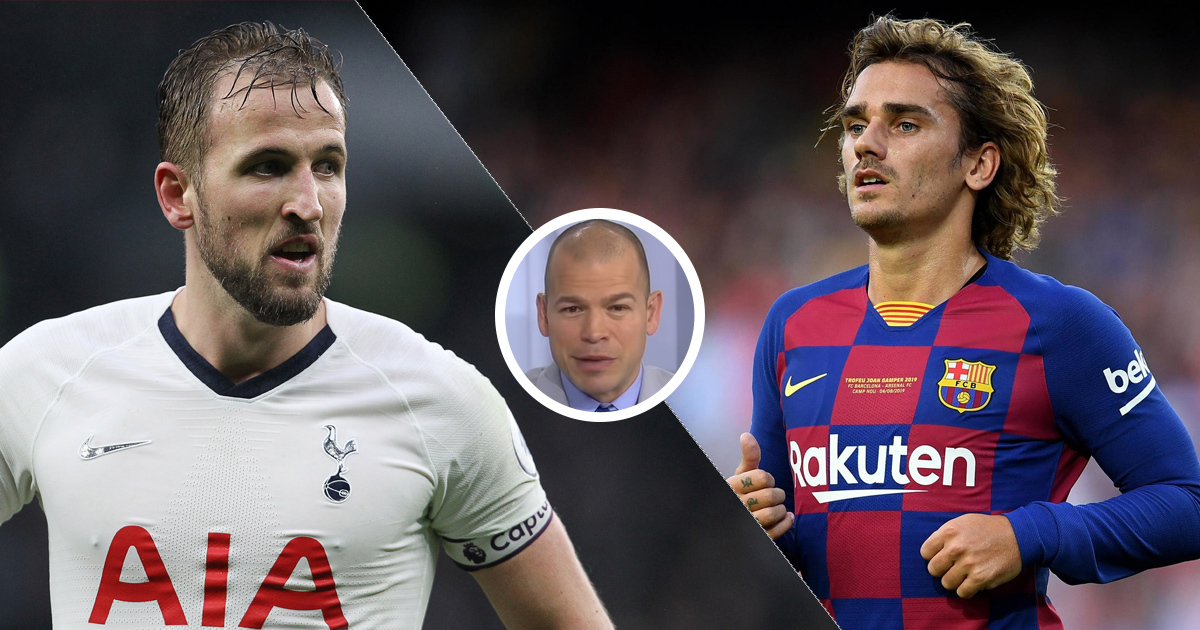 The pundit picked the Catalans while also claiming that the 26-year-old would serve much better than Antoine Griezmann does.

"I would say actually Barcelona. Because, what have we seen from Antoine Griezmann? It's his inability or unwillingness to stay in a central position to finish opportunities inside the penalty box.

"Well, if you have Harry Kane, you tell him: 'Yous stay there, buddy. That's it. We're gonna serve you the ball, You are gonna score the goals. And you have someone like Lionel Messi so, hey, guess what your job is very simple.

"You don't have to be running the channels and all that. None of that nonsense. Stay inside the 18-year, someone will find you and you'll finish the opportunities.'"

The Englishman has been dealing with a serious muscle injury and has thus appeared in only 25 matches. However, it was enough for him to bag 17 goals and two assists.

In total, Kane has scored 181 goals and provided 30 assists in the 278 games he has played for Spurs. The Lily-whites currently sit in the eighth place in Premier League and might miss out on Champions League football for next season. Thus, Barca might stand an actual chance to bring in Harry.

I’ll take Grizy over Kane anytime, any day and anywhere.

I’ll defend him until he prove me otherwise. You’re one of those angry and hungry fans who expect perfection from a player off the bat. Cut the man some slack. We had great player who were ruined cause of the coach we had and Griezmann came during his time. So let him and Setien and anybody who came after to settle in. We can’t blame Setien if this season go south just like we can hold Griezmann for a bad run.

Priyanshu Khemariya,no matter how bad Griezmann is but is still helping barca with important goals, and 95% of his goal comes when barca need it most, if you don't like him then leave it for people that likes him till barca sign the one you like, thanks.

Kromah Musa, brother i want to ask a question who will u take if u have choice between ney or Antoine (don't say ney stabbed us bcoz greiz the documentary

Kromah Musa, brother i want to ask a question who will u take if u have choice between ney or Antoine (don't say ney stabbed us bcoz greiz the documentary

See you keep going to something that has nothing to do with the price of tea in China. I don’t care about Ney leaving us, I’m more concerned about his injuries and disciplinary record since he left Barca. His constant faking and diving and fighting with fans. Specially the injuries. He missed more psg games than he played. Even their UCL he didn’t play. Griezmann - the guy just came, so I’m yet to see him start off fresh

The man is right.... I am a fan of griezman... I like him and I support him to succeed in Barcelona.. but the truth remains that Barcelona need more of Harry Kane right now than Antoine Griezman..... imagine banging 17 gaols and 2 assist in just 25 appearances... the man is good... and beside he is way younger.. 26 year old.... I think we need him to replace Suarez that will be a good one...

because Tottenham play counter attack were barca play midfield game, so it will not be the same and easy for him, is only take a strong power striker to suicide in barca, and that is why barca never sign a standing striker like Harry kane who will with for counter, that's not barca type of play.

harry kane will not fit for Barcelona

Shiva Redoy
10 days ago
•••
Reply to a comment by ronaldhinho10

Shiva Redoy,he is slow and he cant dribble, and also a injury prone too and 150+ million

Dominion Tyres
10 days ago
•••
Reply to a comment by ronaldhinho10

he will fit in... he can even replace Suarez perfectly

ronaldhinho10, is a lie Kane is not slow... he is very deadly and dangerous... I like griezman but I Barcelona need more of hary Kane than Antoine griezman right now.. fact....

ronaldhinho10
10 days ago
•••
Reply to a comment by Dominion Tyres

Dominion Tyres, bro pls watch his highlights are some videos, his game play will not fit for barca it's my opinion, and also last two seasons he injured many times imagine he is 150+

ronaldhinho10
10 days ago
•••
Reply to a comment by Dominion Tyres

Dominion Tyres, I accept he fit for Barcelona more than griezmann, but many other players are available with cheaper than kane who fit well for Barcelona

Dominion Tyres
10 days ago
•••
Reply to a comment by ronaldhinho10

players like?? Lautaro??? how sure are u he will succeed after coming? he can come and deform just like Luca jovic deformed after moving from frankforth to real madrid

Dominion Tyres, ok bro. if he fit means that's a good for us, but do you think Barcelona will buy him for 160million

You do know there’s a difference between “is” and “It’s” right ??

Kromah Musa,who are u asking ??