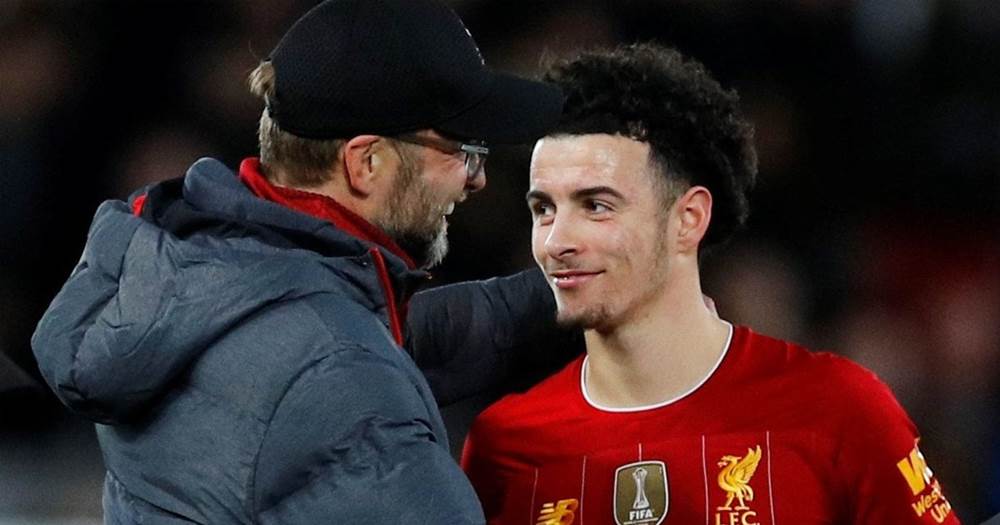 According to Football Insider's report, Klopp has ruled out the potential January temporary exit for Curtis Jones.

The 18-year-old has been reported by some reputable journalists among the youngsters who would be given a green light to go on loan during the winter transfer window. Klopp himself, reportedly, had plans to offer Curtis senior match experience away from Anfield.

However, apparently, the gaffer has changed his mind. The report claims that Jurgen has made it clear both to Jones and the potential suitors that the youngster will be staying at Liverpool for the rest of the campaign.

Jurgen reportedly had this decision in mind for the past couple of weeks and Curtis' magnificent display during the Merseyside derby last Saturday has convinced the boss completely that the youngster's prowess might be quite useful for the Reds as they continue their run for the treble.

Look how delighted the lad looked - and how happy for the kids Jurgen was:

Jones produced a fascinatingly mature and confident performance in Liverpool's midfield and scored a stunning goal with a mind-blowing long-shot that secured the 1-0 win against Everton.

Liverpool have already let go one the teenagers on loan as it's been recently confirmed that Rhian Brewster has joined Swansea City for the second half of the season.

Thats a good sing for Jones himself as well as the Reds.Jurgen Klopp always has good reasons for his moves.

let's not jump in and make him player of the century.his goal was good all goals are..its never any good loaning players out its unsettling to say the least.klopp knows what he is doin and *in klopp we trust* YNWA