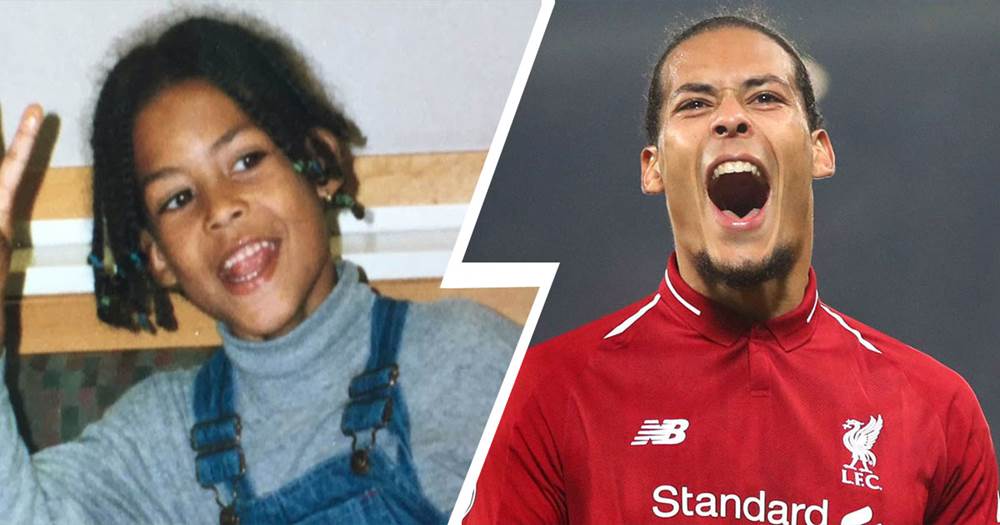 Why was his talent noticed so late?

The Oncle Jean restaurant in the Dutch city of Breda, one hour's drive south of Amsterdam, is situated on one of the most expensive areas of the city. However, it's not the only thing that makes the place famous.

At 17 years of age, Virgil van Dijk worked at Oncle Jean between school and training at the academy of Eredivise club Willem II, as a dishwasher. Each day when he had a shift, future Liverpool star would pick up his bike at Breda train station and cycle the 15 minutes to get to the restaurant. He was paid around €4 per hour plus a cut of the tips. Nobody could imagine that ten years later Liverpool would pay £75 million for him.

Van Dijk's career developed slowly. Willem II surprisingly allowed him to leave for Groningen when he was 18 years old. Van Dijk would later claim he felt 'betrayed'. The manager at Willem II during that time was Fons Groenendijk. Speaking to the Irish Independent, he has opened up on van Dijk's departure.

"Virgil was in the U-19s, just turning 17 when I took over at Willem II [February 2009] and we were in relegation trouble and you know what kind of football that is," Groenendijk said. "Virgil was an 'A-junior' and I had never seen him play. In fact, I didn't even know who he was.

"At some stage, I heard that there were a couple of talented boys in the U-19s but it is not anyone's notion of a good idea to bring kids into a relegation battle. There have been stories that I didn't want to use him but I never had him in my squad. He never did a single training session with the first team. When you are a manager playing relegation-battle football, you can't focus on the kids.

Rob Maaskant was the manager at Groningen, van Dijk's second club. He would not agree with Mr Groenendijk and claims he saw Virgil's potential immediately.

"They [Willem II] just didn't see it in him," he explains. "It came back to his nonchalance. He's a tall dude. When he walks around, he looks like one of those basketball players when you see them off the court. So slow and then the game starts and all of a sudden - boom - they can do everything.

"At Willem II, he was in the youth teams. They just did not rate him very highly. When I saw him play, there wasn't any doubt that I was going to pick him. He was a strong character, great passer but a bit nonchalant now and then. I think that cost him a transfer to PSV. He made mistakes in a couple of games. Not against Feyenoord, but in others [against the top three] he didn't do so well.

"Big clubs here scout those games, they don't really care about smaller games. It's all about top-level games. I was surprised, everyone could see his talent. He wasn't expensive back then. He was easy to pick up."

Nevertheless, none of the big Dutch sides even considered signing van Dijk from Groningen.

"The same thing happened with [Van Dijk in] the U-21s," Maaskant says. "They played Italy in Friesland [in August 2012] and were beaten 3-0. They got slaughtered by the Italian centre-forwards. Really quick guys. And those are games where all the people are there. It wasn't his fault mainly but it's just that 3-0 doesn't look good on your resumé."

Scout John Park, future Celtic's head of recruitment was one of those who watched Virgil van Dijk in that game and several other matches around that time.

"Virgil was confident. You could see him thinking, 'OK, I'm going to try this but if it doesn't work I am getting the next one'. He would go off-the-cuff and try things that were difficult. There's no question about him, he's a Rolls-Royce, and sometimes you get a banger.

"His progress is good for the British game, players see you can really develop. He's had three moves now in Britain. The players are there. You just have to find them."

Finally, Southampton took van Dijk to the Premier League. The Saints director of football Ross Wilson and manager Ronald Koeman saw him as a great defensive option for.

"Virgil fitted like a glove at Southampton," Wilson says. "A big help was that we had some Dutch players already and Ronald was coach. My recollection is he hardly needed any settling-in period. The crowd took to him, players loved him and he looked like he loved it. We are very proud to have had him. He had huge desire to play [in the] Champions League and Liverpool was where he wanted to go."

How could it be that Premier League was actually the only competition to notice van Dijk's talent and give him the deserved appreciation? Ex-Groningen boss Maaskant has a theory.

"With his build in England he would have been spotted much earlier," he says. "He was probably born in the wrong country."

Why Liverpool he wanted to go? Because Liverpool is a talent developer not talent killer. Owen, Sterling, Continho, Suarez, Trend and host of others are there as our proofs. We don't go for ready made, we made shining stars for others to see, that's why we are Liverpool. YNWA..

"He had a huge desire to play Champions League and Liverpool was where he wanted to go". This sentence alone makes this guy one of the most special players we have ever had. He desired Liverpool - not Barcelona, not Real, not Man Cit, not PSG or Juve - he wanted Liverpool. A legend is born!!!

Kyte
1 year ago
•••
Reply to a comment by Raymond Gyasi