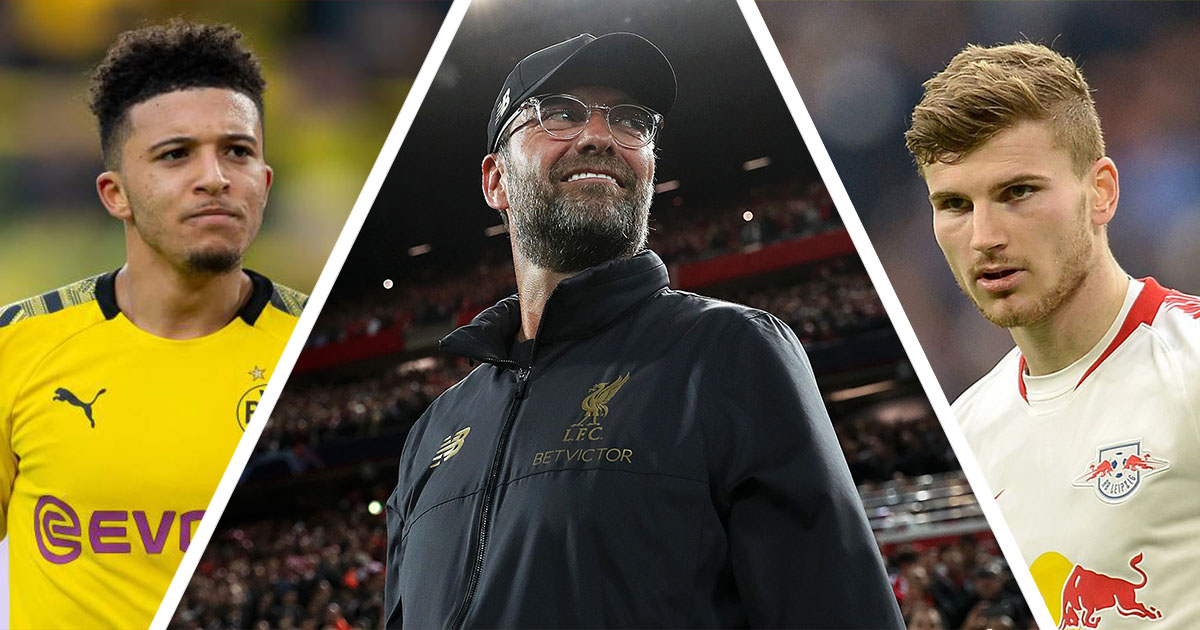 According to the Mirror, Jurgen Klopp has held talks with Liverpool owners FSG over potential summer moves for Borussia Dortmund's Jadon Sancho and Leipzig's Timo Werner.

However, it's unclear what the summer transfer campaign will look like for all Premier League outfits, Liverpool included. It was initially planned to start on June 18 but as of now, there is a possibility the Premier League season will be still in progress at that time due to the coronavirus pandemic.

Anyway, it's obvious English clubs keep working behind the scenes to prepare moves for their transfer targets. So obviously Jurgen and sporting director Michael Edwards should be discussing the summer business with John W. Henry and other FSG chiefs.

Both Jadon Sancho and Timo Werner have been linked with moves to Anfield for quite some time. Werner, 24, has shared his interest towards Liverpool and Klopp more than once.

With his release clause of £50m, he looks like a more realistic target for the Reds, compared to Jadon Sancho, 19, who is valued at around £117.4m, as per Transfermarkt.

Just get Werner asap!!! Get rid of Lovren Clyne Lallana Shaqiri Karius for starters, and look at a decent midfielder who is CREATIVE! Bring Jones and Elliott closer to first team and finally a back up to Robbo. Then we should be fine.

Baz
3 months ago
•••
Reply to a comment by Geoffrey White

Hakimi would be great backup for robbo and taa

Julian Brandt would be great for CAM.. there is a good chance to get him since his playing time is reduced since emre can moved to Dortmund.. to give the side some more physicality and defensive quality