Tribuna
/
Liverpool
/
News
/
'He is obviously at the top right now and I watch him a lot': West Ham United talent admits he tries to emulate Van Dijk's game 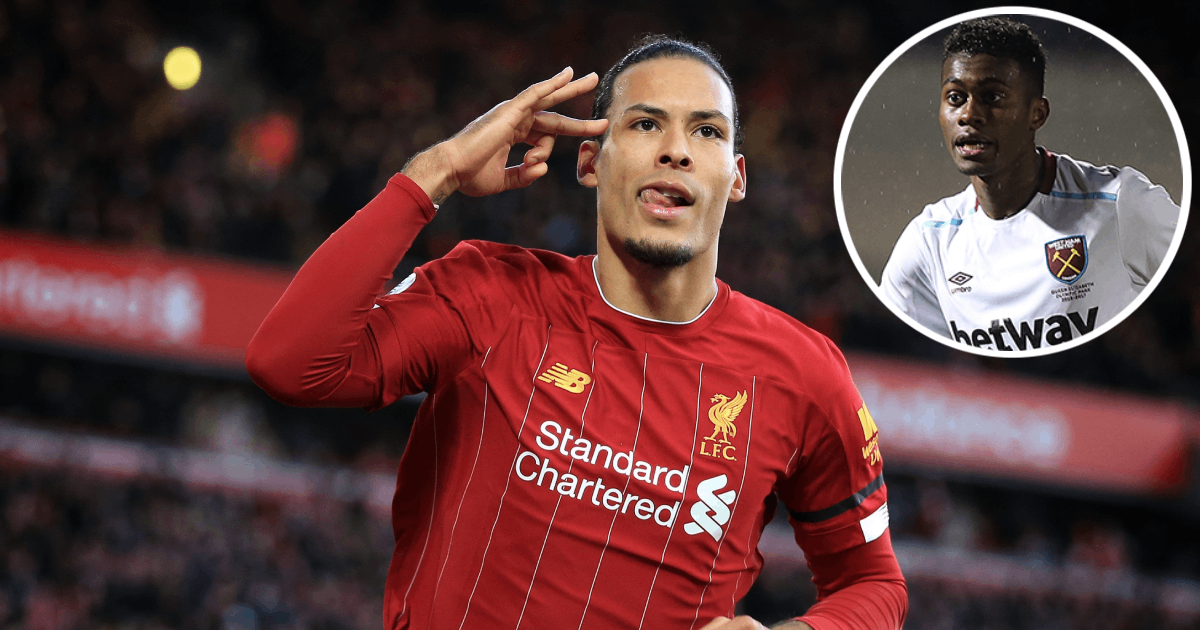 'He is obviously at the top right now and I watch him a lot': West Ham United talent admits he tries to emulate Van Dijk's game

Virgil van Dijk is so good, that young defenders are now looking up to him and trying to model their game after him.

Speaking to West Ham's official website, academy player Tunji Akinola said that he believes Virgil van Dijk is the best defender in the world right now, and he watches him to understand defending better.

"I appreciate all the defenders who are at the top now and any player who plays in the Premier League, Champions League or in any of the top leagues - you can learn off all of them.

"Virgil van Dijk is obviously at the top right now and I do watch him a lot!"

However, Akinola adds that he is impressed by a couple of other defenders too: "Sergio Ramos, Fabio Cannavaro, Giorgio Chiellini as well... I try and take a bit from each of them."

Cannavaro recently admitted that he thinks Van Dijk was unfortunate to not win the Ballon d'Or last year.

Akinola is just the latest player to come out and praise the Dutch defender's greatness, but there are few greater compliments in sports than upcoming talents admitting they learn the game better when they watch clips of you.

VVD is the best Defender ever 🤑🤑

I totally agree with cannavaro as a matter of I was wondering a striker got a better chance of winning then a defender .take a look at messi what he hadone n van dijk.it really amazing I was so confident than van dijk will win but a total disappointment

chris
15 days ago
•••
Reply to a comment by nick heeley

He ain't that good.

Chris, hey there bro how are you doing 💪💪