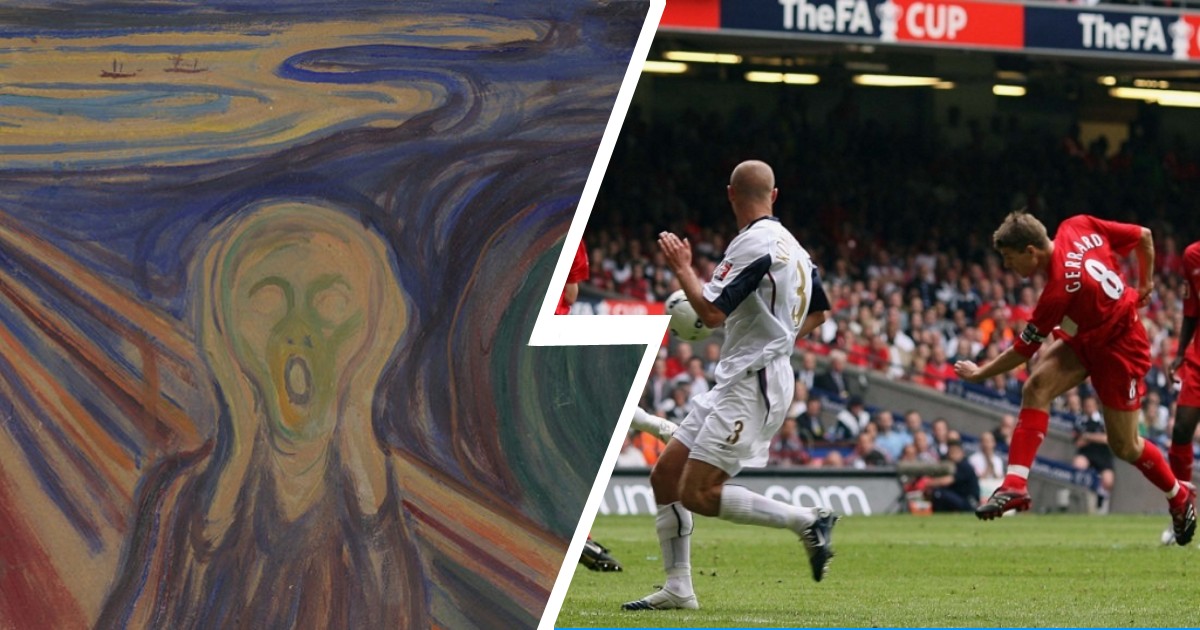 There have been over a 100 FA Cup finals in the history of club football's oldest competition, but only one of them is famously known by the name of a footballer who made the final his own.

Steven Gerrard's iconic performance in the 2006 FA Cup final against West Ham United included a 91st-minute equaliser from more than 35 yards out, a goal which remains to this day arguably the greatest goal in the competition's history.

Here's one thing the goal will probably outlast - the legendary painting 'The Scream', whose condition is worsening by the day.

An article by ScienceNews pinpoints the reasons as to why the painting is losing its original colours: "Edvard Munch’s 1910 version of this iconic artwork has rarely been displayed since 2006 because the painting’s cadmium sulfide pigments are so fragile.

In contrast, Gerrard's 'screamer' in 2006 is a piece of art in itself which will never fade away - relive the memory of that amazing evening by watching the game highlights below.

There may be only one "The Scream", but there is also only one man who has a FA Cup final named after him.

Poetically enough, the reaction in the painting was the exact same reaction millions of people across the world had when Captain Fantastic's rocket of a shot connected with the back of the net.

I hate to rain on the parade, ans whilst I am in total agreement that this was the 'Gerrard' final. I do believe there was another famous FA Cup final named after a player.... anyone remember the 'Stanley Matthews' final.... another phenom of a player, who single handedly dragged his side to victory!

The one against Olympiacos on way to Istanbul was a cracker as well....get in there my son!! still resonates(Andy Gray)